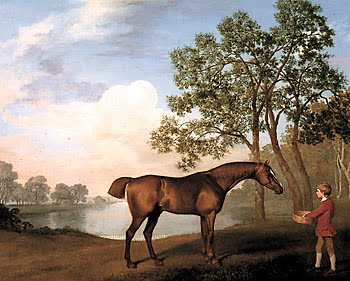 “Pictures are more than decorative; they become companions and friends.” So said Paul Mellon, son of Andrew Mellon (who founded the National Galley of Art in Washington). When his father died in 1937, work on the NGA site had just got underway, so it was left to the then 30-year old Paul to see the project to completion, which he did four years later. Paul continued as president of the gallery until 1979 and remained involved in its running until his death in 1999.

Throughout his life, Paul Mellon maintained a uniquely simple approach in his love of art. He always said that pictures were to be lived with, looked at and loved. Not for him a dry or academic take on the Old Masters: when acquiring works for himself or the gallery, he chose art that appealed to his heart or that stirred some emotion in him. It seems that some of his favorite works were the ones showing animals; he bought his first ever painting, a work called Pumpkin with a Stable Lad (1774) by the British artist George Stubbs (1724-1806) because the charming horse had caught his eye. Since the Pumpkin painting is now in the permanent collection of the Yale Center for British Art and hence beyond the reach of Art 2010, I wanted to find a similar work in the NGA that would help me to understand Paul Mellon’s pure approach to art. I found another Stubbs in room 61, this fantastic-looking White Poodle in a Punt from 1780.

Seeing this painting is a lively and joyful experience, not unlike meeting a bouncy poodle in the flesh. The thing you immediately notice is the fur. I think Stubbs got quite excited with his brush and his oil paint; there are a thousand tiny whirling, twisting corkscrews that create the wiry coat. Stubbs makes the animal the sole focus of the painting (which was still a novelty in his day) and stands him, unexpectedly, in a punt. That decision alone adds whimsy and humour to the work- I almost felt I had to tell the little chap to settle down and “sit!” so as not to rock the boat.

Looking at the poodle in the NGA today it became easier to understand Paul’s idea that pictures can become our companions and friends. For him, I imagine, a painted poodle was no less loyal or capable of bringing fun and enjoyment than a living breathing one. It’s just that one hangs on the wall and the other curls up at your feet of an evening. Of course, Paul was lucky; he grew up with paintings all over his house and later bought the works that spoke to him, while most of us will never have a real Stubbs in our sitting room. But for me, it’s the attitude that counts, an unpretentious love of art that he wanted to share with as many people as possible by nurturing his father’s gallery from a single building with a smattering of pictures to a huge institution with a world-class collection. Paul’s drive and generosity created a place where we all have a chance to build a relationship with as many new companions as we like. 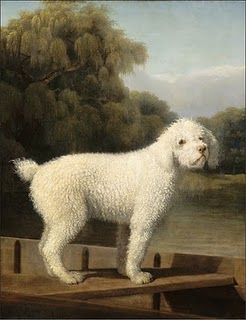