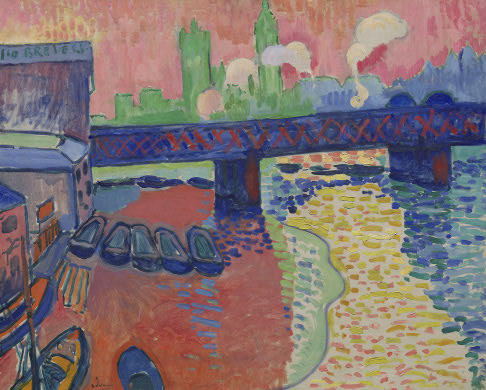 Hands up who’s got that sinking feeling? It’s the first Monday of 2010 and many of us will be packing a satchel or picking out a suit for the first day back at school or the office.

While it’s hard to leave the holidays behind, with a new year and a new decade come fresh resolutions for the future and thoughts about how we can meet new challenges. What will I do differently? How can I make a change? We’ll each have our own plans and intentions for the coming year, but now more than ever it’s important to pool common energy in order to do things that can impact our shared communities and our world in positive ways.

Sometimes it only takes a small shift or few people to shake things up. In 1905 an art movement called Fauvism exploded onto the Paris scene. Three painters (Henri Matisse, Andre Derain and Maurice de Vlaminck) started painting in a similar style, unwittingly developing the first modern art movement in the process. What drove these men was a common desire to present the world in a new and dynamic way. It was the start of the 20th century and, tired of the traditional style and its limited message, they sought to inject fresh life and meaning into art.

It’s this feeling of intense optimism for a new beginning that floods Derain’s Charing Cross Bridge, painted on the artist’s first trip to London in 1906. The picture, showing the city’s skyline and the Thames river, reveals how the Fauves experimented with bold, non-naturalistic color: so there are green buildings, a blue bridge and red sand. Clear also here is the way that the Fauves applied their paint – in short stubby strokes – as here on the yellow and blue waters.

Most engaging though is that feeling of new intent that marks out the Fauves. See the white canvas peeking through the painting in parts? That’s a technique Derain used to give his works a sort of zing. Standing in front of this work, it is as if it’s lit up from the inside. And then there’s the boats settled on the banks of the river. People often consider a boat as a symbol of our journey through life, an emblem of our progress from one phase to another. It’s possible that Derain, a man caught up in a ground-breaking proposition for painting into the future, is thinking along those lines here. So the boats are safe and secure for now: it’s low tide and it’s time to take stock, make changes and prepare for the next trip. By capturing the pause in the activity of the boats, it’s as if he’s encouraging us to look into the future of our own lives: how can we sail smoother and faster, in a new way, going forward? How can we catch strong winds and navigate treacherous waters? It’s about staying afloat and not stagnating.

For all their interest in color, the Fauves were actually most drawn to solid and permanent structures in their work. So here all the elements of the scene are made to look strong and secure, with deliberate lines and thick paint. This style captured peoples’ imagination at the beginning of a new century: it spoke of change and new directions. And for us today, going back into the fray of school and work, let’s take inspiration from Derain’s bright boats setting sail into a bright future. And don’t those unchartered red/yellow/green/blue waters look promising? 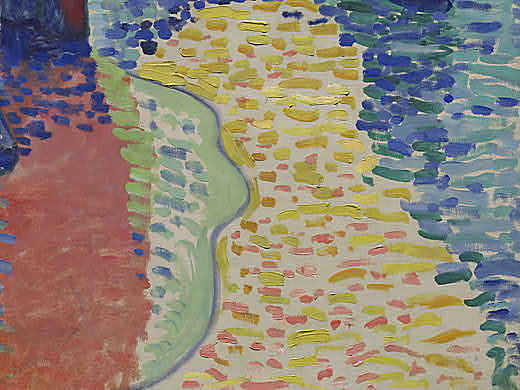