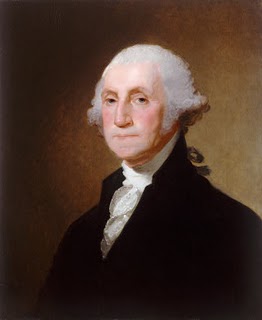 It’s that time of year again, when we all make our Resolutions for 2010. Walk the dog more often, eat less chocolate, clear out the garden shed: whatever our personal goals for the upcoming year, it’s likely that lots of us will be thinking of ways to save money, especially since it seems we all splurged a little over the holidays.

According to the Guardian newspaper, UK sale shoppers spent a total of £1.68 billion, while Americans forked out an average of $796 each on Christmas, with households investing $600 on gifts, $100 on food and drink and $50 on decorations – all contributing to a record US national spend of $154 billion.

So, as always happens in January, we’re tightening our belts after all the buying and sharing ideas on how to save. No doubt we’ve all heard myriad ideas, from putting spare change in a jar to drinking water when eating out. Obvious and practical tips are certainly useful, but they sometimes lack that inspirational element, something beyond the humdrum of life: so that’s where today’s picture comes in. Sometimes, you see, the best reason for hanging onto the dollars in your back pocket is staring you right in the face.

Ask people familiar with American currency whose face is on the one dollar bill and most will answer (correctly) George Washington, the first U.S. President. What they might not know is that the painting on the bill is by premier portraitist of Federal America, Gilbert Stuart (1755-1828). In a career spanning five decades, Stuart painted over 1,100 portraits, mostly of prominent American politicians, diplomats and lawyers. He also painted the first five American presidents, including 104 known images of George Washington.

The NGA collection includes four of the Washington portraits. In this portrait George Washington from c. 1821, we see the loose, brushy style that Stuart introduced to America. The paint is applied softly to the hair and the neck tie and there’s a fleshy delicacy created by the blending of colors on his cheeks (including areas of ruddiness). Stuart was masterful at recording a likeness but perhaps his greatest ability was that of interpreting a sitter’s character. So here he focuses attention on Washington’s personality by using a plain background. Stuart chatted with his subjects while painting them to ensure freshness in their expressions during sittings, though according to him, Washington found this irritating: “an apathy seemed to seize him, and a vacuity spread over his countenance, most appalling to paint.” There is certainly something about the tight line of the mouth and the stern look of the eyes to suggest Washington’s annoyance. In the end what we have is an image bristling with human presence.

It is just such a portrait of Washington that adorns the obverse of the $1 bill. And since the dollar bill is the most common denomination of US currency (accounting for approximately 45% of all US currency produced today) chances are high that we’ll all have at least one on us at any given time. At 2.5 inches wide and 6 inches long, made up of linen, cotton and synthetic fibres, the dollar bill with its Stuart portrait on is like a tiny portable masterpiece nestled in our wallet. So my suggestion to you is to keep it, it’s a work of art, by a renowned and gifted painter present at the birth of this nation. Now if that’s not a good enough reason to hang onto your money, I don’t know what is!