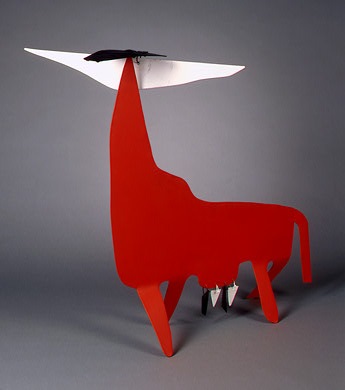 For a long time, Nose-to-Tail eating was a foodie fetish: the idea of consuming every scrap of an animal was just too grisly for most palates. But now, with our increasing distaste for waste and growing concern for the environment, this trend is setting foot in more of our restaurants and home kitchens. Says Maude Standish of Trendcentral: “Nose-to-Tail is how carnivores can enjoy meat in a green and holistic way.”

The Nose-to-Tail philosophy was first popularised in the UK by chef Fergus Henderson, who’s been serving offal (the internal parts of an animal including brain, heart, kidney, liver, tongue and tripe) from his London restaurant St John since 1994. Henderson’s common-sense approach to meat – not letting anything go to waste – has had a massive impact on British food. His ideas have caught on further afield, with high-profile chefs Anthony Bourdain (who wrote the intro to Henderson’s book The Whole Beast: Nose-to-Tail Eating) and Mario Batali celebrating sustainability in the States and promoting the use of previously neglected cuts of meat.

The notion of Nose-to-Tail can be usefully adapted to the way we look at art: just as we honor an animal by using as much of it as possible, so too we honor an artwork by feasting on every last morsel, not just the biggest or brightest bits. To test out this theory, let’s do a Nose-to-Tail on a cow. La Vache (1970) is a small-scale sculpture (86cm) by the acclaimed American sculptor Alexander Calder (1898 – 1976). Calder’s career spanned much of the 20th century and both sides of the Atlantic, working in both Paris and Connecticut. Born into a family of celebrated artists, Calder changed modern sculpture by using metal and wires to “draw” in space.

Starting with the nose: this is made of manipulated black sheet metal, revealing the new methods and materials that Calder brought to sculpture. The shape of the face reinforces the abstract style of the work. Next there are the white horns, jutting like wings, giving a strong sense of the avant-garde modern aesthetic that Calder came into contact with during his time in Paris as a young man. Traveling down the neck and chest we see the fluid, organic lines that the French philosopher Jean-Paul Sartre called symbols of nature in Calder’s work. The bright red sheet metal body of La Vache creates the effect of a four-dimensional drawing: flat and broad from the side but strip-thin from the front. The legs are arranged in a right-left-right-left formation that gives this a whimsical feel characteristic of Calder: this work is a “stabile” because it stands on the ground (Calder also famously invented the suspended sculpture, or “mobile”). Don’t miss the udders, dingle dangling between the legs, made up tiny black and white sheet metal triangles suspended on looped wires. Finally there’s the tail, which gives a bit of swish as you walk around it.

With plenty of restaurants moving over to a more complete usage of meat, there should be a place nearby where you can try new and unusual bits of an animal. Granted, it might not be to everyone’s taste: but even if you think offal is awful, it’s never a bad thing to look at a work of art Nose-to-Tail.