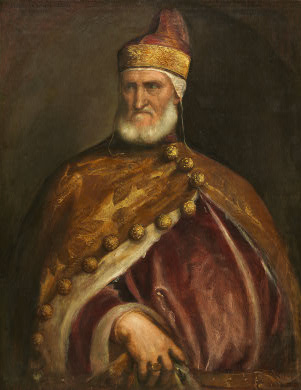 Today Barack Obama gives his State of the Union address. If, like me, you’re less familiar with the American political calendar, this is an annual speech in which the President reports on the condition of the nation and outlines his agenda for the upcoming year. The address is required by the US Constitution: “He shall from time to time give to Congress information of the State of the Union and recommend to their Consideration such measures as he shall judge necessary and expedient.”

Today’s address will be Obama’s first and will be given on Capitol Hill. As well as the Senators and Congressmen present, millions around the world will watch as it’s aired on major TV networks. Obama will have planned the words he’ll deliver; everything from content to character and cadence will have been judged with care. But in addition to what he’s saying, given the fact of global live streaming, he’ll have thought about how he’ll look up there. These are image-obsessed times and we’re all used to perusing an appearance for clues, instincts, impressions. So for any politician planning to persuade and inspire, his picture is worth a thousand words.

For a memorable image of authority in the NGA, look no further than Titian (c. 1490 – 1576) and his portrait of Doge Andrea Gritti (1546 – 1548). Titian became the greatest painter of the Venetian school by revolutionising each type of painting he touched (from altarpieces to mythological scenes) in a long and productive career. He was a celebrated portraitist, injecting fresh vim into portrait poses and new vigour into portrait sitters.

Gritti was elected Doge (Duke) of Venice in 1523, after serving as military commander and diplomat for the city. He was a forceful ruler with a taste for the arts. But over and above the biographical facts, what can Titian’s picture convey about the essence of the most powerful man in the State?

From the way he’s filling the screen, the message is he’s impressive. Titian grows Gritti from side to side, and top to bottom, carving out a colossal physical presence. It makes you feel small to stand in front of him. The robes and conical hat of office glow, resplendent in deep reds and rich golds. Those bauble buttons glitter and act as a visual chain, linking your eye towards the face. And what a face. Gritti looks like he’s just jerked his head over to his right to stare sternly out to the crowd. Titian’s strong tonal contrasts bring out a thundering personality by furrowing the brow and drawing the mouth shut tight.

Gritti was no placid ruler, so Titian makes him dynamic with a twisted pose (head to his right, torso to his left). This spontaneous movement is enhanced by the Duke’s right hand, gathering up his robes as if striding out. Titian’s free brushwork (especially later in his career) made his painting very expressive. It’s this that gives the fur its texture and the buttons their bulk. But it’s also his brushwork that pricks and prods this ruler into life on the canvas. It’s as if the confident sweeps of paint are absorbed by the character of the sitter, layering up his pungent painted personality.

It’s amazing to think that Titian painted this picture some years after Gritti had died. Could there be a better testament to the undying authority of this ruler? Or, more to the point, a more powerful projection of leadership by an artist? I doubt it. So it seems that in politics, a picture really can do some talking.