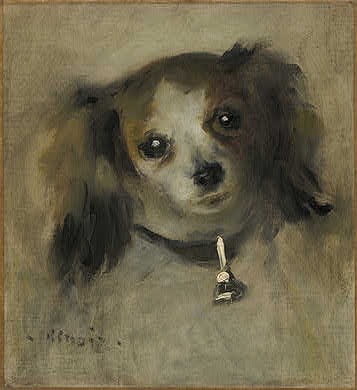 Many of us spend much of life regretting what’s done in the past and worrying about what’s to come in the future. Whether it’s “I shouldn’t have said that” or “I’m concerned about how this will work out”, most of us dedicate serious mind-time to worry. While some degree of thinking about the past or future is necessary and can be useful (helping to lay an issue to rest, planning not to make the same mistake again), it’s when worry starts to take over your life in the present that it becomes destructive.

Living in the present is a good habit to get into, and focussing on feelings and impressions in the current millisecond moment can make you feel calm. Animals are exceptionally good this: whether they’re eating or sleeping or running hell-for-leather, they’re always living, bang in the moment. It’s the animals in our lives (at home, the zoo, even on safari), that remind us we’re essentially a lot like them, and that it’s a bad idea to ignore our basic needs and appetites.

Today’s picture is called Head of a Dog (1870) and is chosen to inspire us to live in the present. It’s by one of the best-loved artists of the 20th century, Pierre Auguste Renoir (1841 – 1919), who has his own lesson to teach about cherishing life in the here-and-now. You see, Renoir didn’t achieve success with ease. He came from a poor family and started work at 13, as an apprentice porcelain painter. He took a job decorating blinds before enrolling at the studio of the Paris-based Swiss painter Charles Gleyre. This is where he met the core of the future Impressionist group. While Renoir didn’t draw on his master’s clean academic style, he did listen when Gleyre told him to capture subjects outside. This sort of on-site painting became a central tenet of the Impressionist approach and by the late 1860s Renoir would regularly work beyond the confines of the studio.

His little dog reveals the easy charm of Renoir’s Impressionist phase (he would later change to a more severe style). He was a skilled colorist: even though he’s dealing with a limited palette here, he works the browns, beiges and whites in a virtuoso way, overlaying colors in some parts, blending them on the canvas in others, keeping certain colored areas clean and clear. He’s also showing us his free brushwork, seen in the texture of the dried paint on the surface. Renoir talked about having to “caress his canvas” and that’s certainly the case in this pup he whips up with a confident collection of strokes.

Renoir enjoyed only sparse success at the Salon in his early career (the Salon was France’s official art exhibition and it was important to make it there if you wanted renown and work) and the financial rewards for him were meager. It’s ironic that Renoir produced some of his most engaging and joyous images at a time when he was struggling to survive financially. It was only in the late 1870s that his fortunes changed, when he found a supportive dealer and a few loyal patrons.

So it seems that despite regrets about his past and vivid concerns for his future, Renoir still found a way to engage with his present and see the beauty and good in it. His picture of a little dog suggests he had a practiced eye when it came to noticing things as they occurred in his day. Look how well it worked out for Renoir. I’ll certainly be trying to see my world in a similar way. 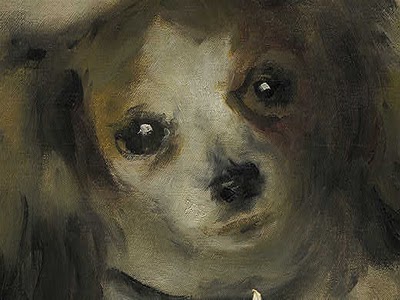