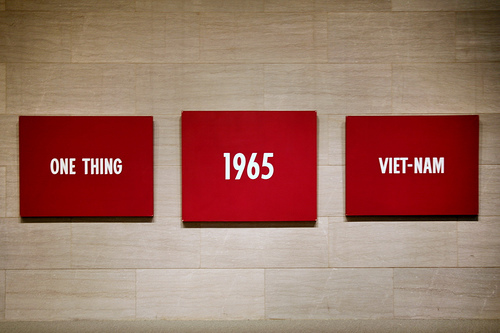 Towards the end of last year, Switzerland stunned Europe by banning the building of minarets. Vital in securing votes for the measure was a shocking poster, which has since been blamed for deepening hostility towards muslim immigrants and stirring up media and legal storms. Alexander Segert (manager of the Swiss People’s Party PR firm) designed the image. He’s come up with controversial stuff before, ignoring taboos and scoffing at political correctness. This latest work shows a Swiss flag, studded with minarets that rise off it like missiles. To the left there’s a woman glowering at us from inside a niqab. STOPP is written in big black letters below, underneath which JA (for the vote) in red.

This is old-fashioned propaganda art. The unmoving image fixes an idea in the viewer’s mind and the information is reduced to the basest level. This kind of campaign is an occasional feature of European politics, cheap to produce and easy to billet around a small country. It’s typically aimed at a target audience (in this case low income, little schooling) and – here’s the frightening bit –  designed to get people to respond without thinking. Segert explains that he shaped this message to “go straight to the stomach, not to the brain, and connect with specific emotions involving fear… and safety.”

If Segert goes for the guts to provoke a visceral reaction, then the Japanese artist On Kawara (b. 1933) goes for the brains and an intellectual one. Kawara is a practitioner of Conceptual art (where the concept is the most important aspect of a work) and he’s been dealing with big ideas (time, life and death) his whole career. In the 1960s (he’s lived in New York since 1965) he started recording his life with maps of daily walks and cab rides, and lists of the people he met. He’d send telegrams to friends saying “I am still alive” (he’s now doing the same on Twitter) and postcards, stamped with his address and the time he got up. He’s famous for his date paintings (over 2,000 of them), which record the date on which they were painted in white letters and numbers on a plain background.

Kawara’s work Title 1965 in the NGA is fascinating in that to some degree it’s comparable to a piece of propaganda art. It’s simple in its arrangement, made up of 3 rectangular canvases hung side-by-side. The information is clear, projected in clean white letters on a red background: “1965” center, “One Thing” to the left and “Vietnam” to the right. You can almost hear Segert approving of the work, saying that “it looks simple”.

But does Kawara go for our guts? There’s the “1965”, branded on most minds as the year the US started bombing Vietnam (also 20 years after Hiroshima and Nagasaki). Does that red have some blood connection? It’s a specific colour called “magenta”, named after a battle in the Second Italian War of Independence in 1859. There’s definitely enough allusion to make us feel uncomfortable.

But that’s where any similarities with propaganda stop. You see, for a Conceptual artist like Kawara, his work needs to instigate an intellectual process. Sure, there are political elements here (the date, the words, the colours) that might cause some intuitive reactions and connections, but this is not an aggressive work with an agenda, in the way that Segert’s poster is. It’s not about getting us to “respond without thinking”. Ultimately Kawara is keen for us to keep our intellectual faculties intact when looking at Title. Because after all, without our intellectual engagement with his work, it’s lost its point entirely. Now isn’t that shocking? 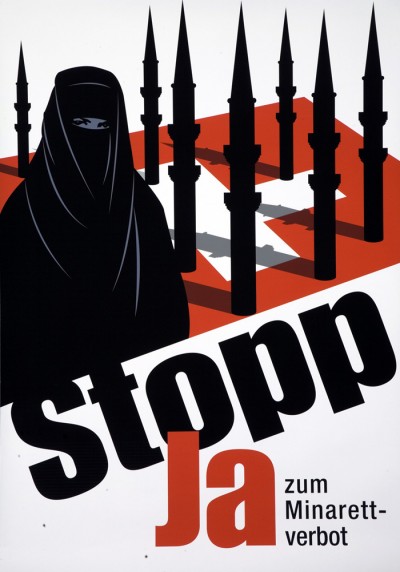