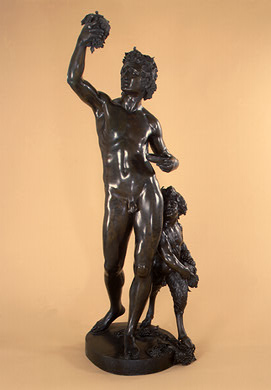 Did you commit to cutting out booze at the start of the year, sick of the nausea and headaches that followed so many merry nights in December? You’re not alone, since going easy on the grog is a top five new years resolution. It seems we all have a sense of how good less wine and beer can be for us: cleaner livers, leaner waistlines and frankly how refreshing to feel less fuzzy in the morning. But we’re a few weeks in and moving towards mid-month (statistically the time when resolutions fall by the wayside), and we might be slipping a little in our resolve. So if you spent last night catching up on all the Friday nights you’ve missed out on since Jan 1, today’s post is chosen to make you feel a bit better about it.

Think of Bacchus and a Faun as a little cultural anesthetic, in theme with any indulgence from your night before. This bronze sculpture stands in the West Sculpture Court of the NGA: it’s a work of no fixed attribution, believed to be by a Milanese artist working in the second half of the 16th century (dates are estimated 1580/1600). To be honest, if your current state is a little fragile, it’s a relief to focus on one thing at a time, so not the person who made this, just the sculpture at hand.

It shows Bacchus, the God of Wine (this is his Roman name, he’s called Dionysus in Greek mythology). He’s easily identified through his symbols: ivy or vine leaves woven into his hair, grapes in his right hand, a drinking vessel in his left and – here’s the dead giveaway – the little chap at his heels. This is a satyr, the traditional male companion of the God of Wine. Satyrs look human from the waist up, but goat-like from haunches to hooves. When not with Bacchus, carrying grapes like this one is doing, a satyr might roam woods and mountains, often sporting a sizable erection (they’re some of the lustiest figures in Greek mythology).

This piece is pure pleasure to look at. The material is seductive in itself, burnished to a high sheen, its lustrous surface gleaming like well-oiled skin. The composition is arranged around a series of tense and relaxed lines. Bacchus assumes a contrapposto pose (where one leg is straight and the other relaxed, throwing hips and shoulders in opposite diagonal planes). This lilting pose was pioneered by ancient sculptors, keen to give their figures naturalism and a sense of incipient movement. By exaggerating the pose (pushing out the left hip, snaking the torso, lifting the back foot almost off) we even get a little drunken swagger. Dynamism comes with the raised right arm, outstretched in a way that was popular in late sixteenth-century sculpture (and only possible in a material such as bronze, which has tensile strength).

Bacchus was the favorite god of the ancients and who can blame them? As well as wine, he was the figurehead of ritual ecstasy, leading his followers in bacchanalia (wild parties of physical excess). He was also known as Liberator, freeing us from our normal selves. Quite often he was portrayed in text and image as hugely fat, bloated and bulky from too much bingeing. Luckily for us however, it seems our Anonymous Milanese artist looked instead at sleek, muscular classical prototypes for this fine-tuned physique. Thank goodness he did because frankly, did a hangover ever look so good? 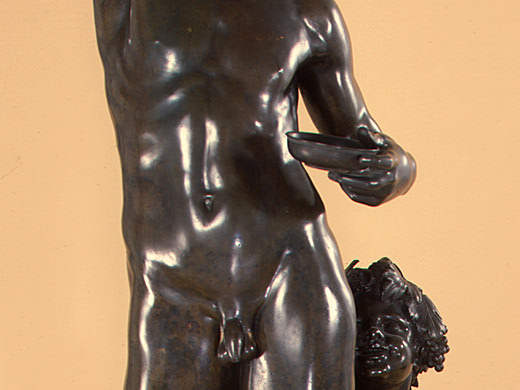 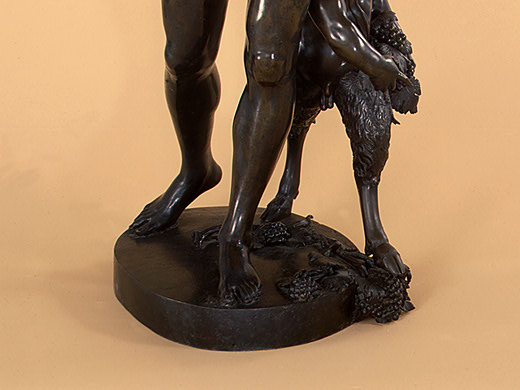