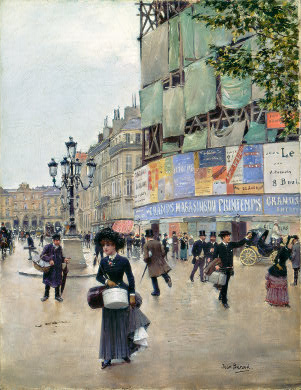 This is Super Bowl Sunday, a holiday dedicated to the championship game of the National Football League (NFL). Of course, I knew nothing about this before moving here, but have since learned that the Super Bowl has been going for 43 years and is a highlight of the country’s sporting calendar. This year’s game pits an underdog against a top dog: the New Orleans Saints are in their first Super Bowl since the franchise began, while the Indianapolis Colts are going for their second championship since 2007. Buoyed by a surge of national support as the unlikely contenders, the Saints have “been waiting our lifetimes for this to happen.” But the Colts surely have the edge going in, with one of the best quarterbacks of all time leading their team.

As I started to learn more about the game, imagine how thrilled I was to be invited to an actual Super Bowl party. This is it, I thought, the chance to watch the game with Americans, get invested in the sport and learn the finer points of play. “Sure, we can do that if you like,” said our prospective host, “but we only really watch it for the ads.” This flummoxed me. The ads? But I now know that the Super Bowl is the most-watched annual American television broadcast and commercial airtime is so expensive that companies pull out all the stops in creating top-quality advertising for breaks in the game.

Before the ads addle our brains, let’s look at Jean Béraud (1849 – 1936), a Russian-born French artist based in Paris. Béraud was a student of Leon Bonnat and first exhibited his paintings at the Salon in 1872. His work Paris, rue du Havre (c. 1882) is one of his many scenes of Parisian life during the Belle Epoque (a period in social history from late 19th century to World War I when stability prevailed among major European powers).

This is a picture about the trappings and tastes of peaceful, prosperous times. Well-dressed women and suited-and-booted men throng the city street, dashing here, calling a carriage there. The woman in the foreground moves her skirts to reveal a fine lace petticoat and dainty toes. Her nipped-in-at-the-waist jacket, decorative floral brooch, beige leather gloves and frothy hat are all the height of fashion.

But it’s behind all this that the real subject of this picture unfolds: it’s those ads plastered on the façade of the building. Béraud also worked as a commercial artist from time to time: perhaps that’s why he’s tuned in to the ads here. They form an eye-seducing patchwork of colours and diverse text. Béraud, whose painting style stands somewhere between the precise art of the Salon and the looser Impressionist look, adds a good amount of detail in this section of his painting.

Apparently, watching and discussing the commercials during the Super Bowl has become a significant aspect of the event. But surely the real event (for the advertisers at least) will be the mass move all of us make to the shops, badgered into buying the things they showed us in the breaks. Certainly in Béraud’s scene, the ads seem to have done the trick: there’s barely a shopper here not clutching one or more bags, bulging with the latest fashions, trinkets or technologies. Known for his truth-based humor and delicate mockery of Parisian life and pass-times, is Béraud telling us something here? It seems he’s saying that, at this rate, shopping will become a national sport. 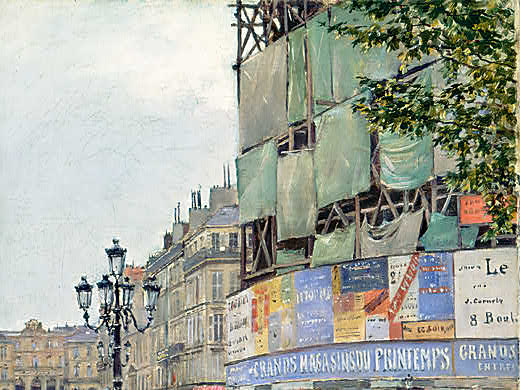 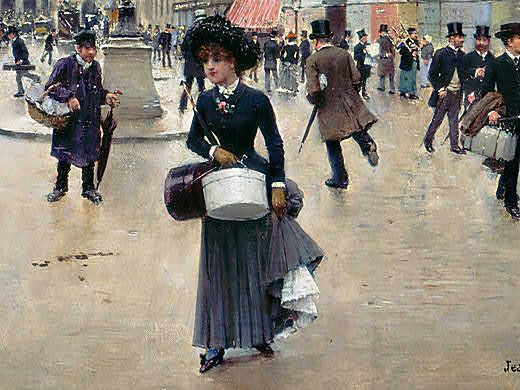