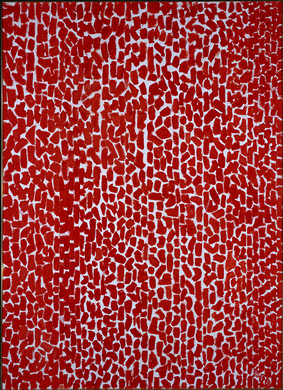 African rhythms are all the rage right now, with Western artists exploring African music more than at any time in the past few decades. Take Vampire Weekend, the American indie-rock band from New York City, who cite their salient influences as African popular music and Western classical. The fourth single from their eponymous first album was called Cape Code Kwassa Kwassa and referenced Congolese soukous music. Their second album Contra scored No. 1 on the Billboard chart. Then there’s FELA!, the new musical on Broadway that’s based around the life of Fela Kuti, the Nigerian musician, composer and political activist. The show tells the life story of the man through Afrobeat music and energetic choreography. There’s also Africa Express, the collective of African and Western musicians who put on huge musical events and who are bringing African music to a much wider audience with their album Africa Express Presents.

For an injection of jazz, funk and rhythm harmonies at the NGA we turn to the African American artist and art educator Alma Woodsey Thomas (1891 – 1978) and her Red Rose Cantata of 1973. Born and raised in Columbus, Georgia, Thomas moved to Washington, D.C. with her family in 1907. In 1924 she was the first graduate of the city’s Howard University art department and 10 years later she became the first African American woman to earn a Master of Fine Arts degree from Columbia University. Thomas’s solo exhibition at the Whitney Museum of American Art  in New York in 1972 was the first for an African American woman.

Despite these impressive accolades, Thomas actually came into the professional art world late in life, after teaching art for 35 years in D.C. public schools. Nonetheless, her age didn’t prevent her from gaining recognition as an artist. Her earliest works were realistic, but she delved more into abstraction under the influence of her painting professors. Her Red Rose Cantata is a late piece, made at the age of 82. It shows the degree to which Thomas was influenced by Expressionism (that is, art in which the artist’s subjective reactions and emotions take precedence over observed reality, with color and form often exaggerated and distorted). This large canvas (175cm x 127cm), filled with an irregular, brightly colored pattern is in the style of her best-known work.

Here unevenly spaced, stabbing brushstrokes strike a staccato rhythm on the canvas. The red paint interacts with the white board behind to form a sort of musical composition (cantata is a musical term, meaning literally “sung” and deriving from the Italian verb cantare). The structure of this work, it’s linear composition and vibrant color-play have been compared with mosaics and pointillism (a technique of painting with dots of pure color that appear to merge together when viewed from a distance). Mostly though, these effects in Thomas derive from her interest in music, which was a key influence in a lot of her work.

A work by Thomas called Watusi (Hard Edge) of 1963 was for a while intended to hang in the East Wing of the White House, where Michelle Obama has her offices. But the painting, which shows a jumble of geometric shapes in bright reds, blues and greens has since been returned to the Hirshhorn Museum. Even if a Thomas painting isn’t striking a chord in the Presidential residence right now, her work continues to vibrate with a kind of visual sound. So whether it’s through art or through your stereo, tap into an unstoppable new beat today. 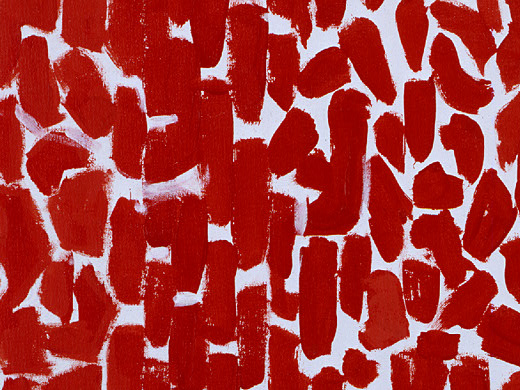 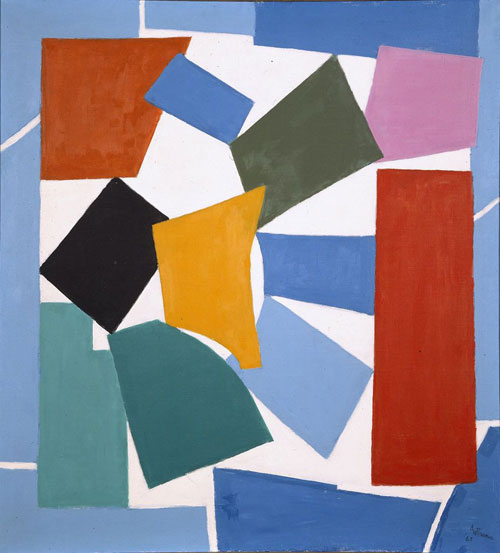 One thought on “Music to my Eyes”