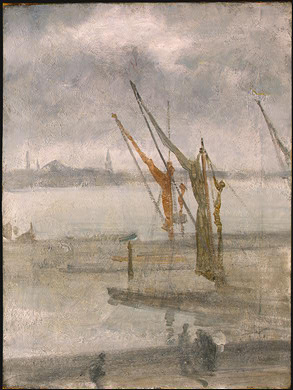 In the Western Christian calendar, today is Ash Wednesday (dies cinerum). It’s the first day of Lent and occurs 46 days (40, not counting Sundays) before Easter. In a solemn ritual dating back to the 8th century, church-goers approach the altar at the start of the service, for the priest to mark each forehead with ash in the shape of a cross. While doing so he’ll say “remember man that thou art dust and unto dust thou shalt return.” The day is also linked to an old Christian practice of covering the head with ashes, to show awareness of mortality and repentance for sins.

So this Wednesday marks the start of Lent for Christians. In the past this might have meant a period of self-denial, reflecting the suffering and temptations of Jesus as he fasted for 40 days in the wilderness. These days though, while some might still set out to give up something like cheese (in the case of my husband) or diet cokes (that’s me), the strictness of Lent has been relaxed. But even without cutting anything out, these six weeks can be filled with a special sort of looking forward, whatever you believe. It’s a chance to work towards Easter, witness the unfurling of spring or simply watch the days get longer.

For me, there’s a painting at the NGA that subtly conveys this softly-softly sense of hope. It’s called Grey and Silver: Chelsea Wharf (c. 1864/1868), by James McNeill Whistler (1834 – 1903). Born in Lowell, Massachusetts, Whistler ended up spending most of his life as an expatriate living in England. He was a painter, designer and printmaker, perhaps best-known for his night-time scenes of London.

As its title suggests, this work shows a section of the banks and waters of the Thames. Not long before painting this, Whistler had given up working en plein air (out in the open) in favour of a new approach. He’d boat on the river, watch the mists and light effects and only create his landscapes later, back in the studio, from memories and sketches. Perhaps that’s why here, the harsh tenements and factories on the distant Battersea shore are transformed into an ephemeral vision of spires and domes. Perhaps that’s why there’s such a settled feeling in the composition, built into a loose grid of horizontals (docks and water lines) and verticals (masts and figures). Those few poles that jut diagonally serve somehow to highlight the regularity. Whistler’s colors appear at first as a muted blend of grey and beige, but peer closer and it’s clear this calming, restorative scheme is more complex than that. The jagged lines of the masts and sails are painted in toned-down versions of complementary blue and orange, which brings a tender tension and latent energy into view.

Whistler rejected the artistic conventions of his time and actually came up with his own style, a hybrid of French Realism and Japanese decorative influences. He was also a central figure of the Aestheticism, a British and American Movement that grew in the second half of the 19th century and covered literature as well as art. Whistler maintained that subject matter in a painting was secondary to evoking mood and creating harmonies of color and composition. He was also a firm believer in “art for art’s sake”, adamant that a picture shouldn’t necessarily have to convey a moral or religious message. For Whistler, art was about providing emotional sustenance and aesthetic pleasure. So whether we plan to observe Lent or not, it’s nice to know there’s some visual succor close at hand. 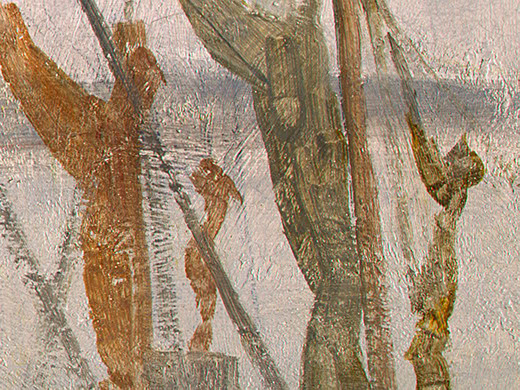 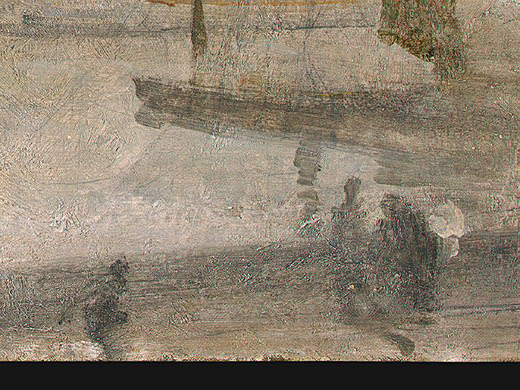