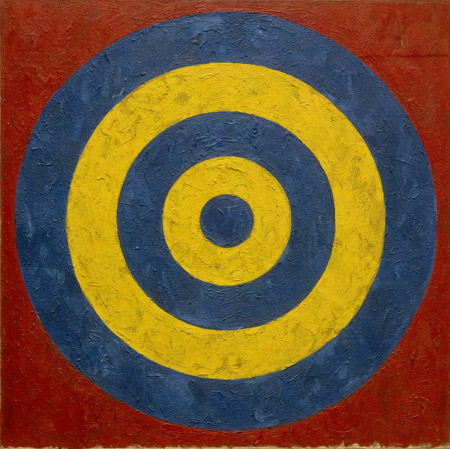 According to scientific studies, by 17th Feb most people will have broken their new year’s resolutions. It’s an annoyingly familiar scenario: you started 2010 on a “new year, new me” note, brimming with plans to train for a marathon, write a bestseller or just remember more of your friends’ birthdays. But somewhere along the line it’s already gone a bit wrong. Luckily, there are people in the motivation business keen to share advice on how we can better stay on track. One psychology professor at New York University says it’s key to plan for obstacles: by anticipating pitfalls they’re less likely to derail our intentions. It’s also important to be realistic in our aspirations (to avoid demotivation), and to work on them each and every day. If the going gets tough, call on family and friends who are supportive and want to see you succeed. Finally, try not to let boredom settle in, says Frank Busch (he should know – he’s coached three Olympic swim teams).

Now if this verbal strategizing has turned you off already, then let’s try another tack and go for some visual coaching at the NGA. Just one look at Target (1958) by Jasper Johns should help to re-focus the mind and re-galvanize the resolve. Johns (b. 1930) is a prolific American painter, sculptor and printmaker. In the late 1950s he changed the course of art in the US by challenging the dominant Abstract Expressionist style. Johns aimed instead to use familiar images and recognizable objects, creating works that then paved the way for the Pop art phenomenon of the 1960s. His work Flag (1954-55), a literal take on the stars and stripes, was groundbreaking and also established a working pattern for the artist whereby once he hit on a subject he liked, he’d do a series of related images in varying forms, colors and media.

It was in 1955 that targets became a key subject for Johns. When looking at this example in the NGA you’re hit by the fact that a normal, mundane thing, freshly perceived, can pack a serious visual punch. In Johns’s hands, what could so easily look derivative or bland becomes a physical and visual testament to the insight and inspiration of the artist.

Target (1958) is made with oil and collage on canvas. The stark combination of three bright primary colors strikes you instantly. In fact, the alternate rings of blue and yellow actually make your eyes go a bit funny after a while. The red surround either creates or denies a sense of space, I’m not sure which: to my eyes it helps to thrust the target forwards. And you don’t even need to step in close to see the roughly textured surface, whipped and whizzed up between the oil paint and collage materials.

It’s quite something, to imagine Johns grappling manually with his target, taking this symbol in hand. Truly for us, it can offer encouragement too, especially if we take a look below the surface for some more motivational suggestions. As a pioneering artist, Johns has to have conviction, both in his subjects and style: in our case too, our chances of success at anything are deeply rooted in self-belief. Also, I’d say making art is often about enjoying the process, not just eyeing the finish line, a completed work or ticked-off objective. Lastly – and this is the clincher – if something has intense meaning and personal significance for us (like art has for Johns), then we’re that much more likely to see it through. So now, how does that target look? 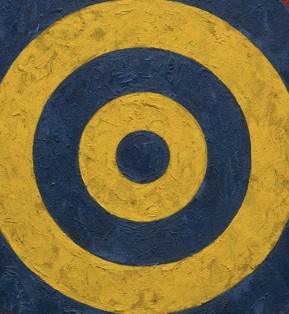 2 thoughts on “On Target”