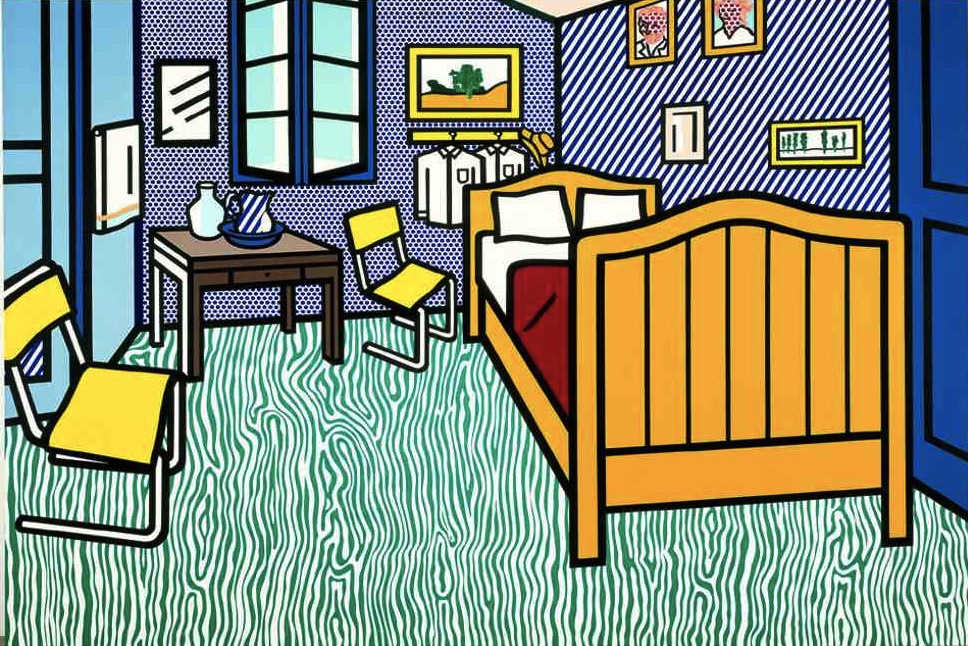 Did you enjoy your bedroom this morning, get a good Sunday lie-in, and maybe a long laze with another half or the papers? If not, and your weren’t feeling the right vibes, then perhaps that’s down to where you have your nightstands and whether you cracked the window. For those who believe, the principles of feng shui can improve the energy (or chi) in the rooms in your home, enhancing the balance and harmony in your life. As many will know, feng shui is an ancient Chinese system of aesthetics that uses laws of Heaven and Earth to cleanse and boost flow of chi for positive knock-on effects. The most important place for a feng shui overhaul is the bedroom apparently, since it’s where the body, heart and soul restore themselves daily. As well as correctly aligning objects and elements within the room, proper practice would see you banish your phone, TV, computer and exercise equipment since these things sap good energy. It’s also beneficial to have different levels of light (a strong source of nutrition) and aspirational images on your wall.

Roy Lichtenstein’s Bedroom at Arles (1992) brings our bedroom approaches and arrangements into fresh focus. The American painter, printmaker and sculptor Lichtenstein (1923 – 1997) came up with a distinctive style, based on cartoon and advertising images, in the 1960s. This work, currently hanging in the atrium of the East Building at the NGA, has all of his hallmarks. It’s large scale (320cm x 420cm) and uses garish colors (acid yellow, bright turquoise). There are thick black outlines similar to what we’d find in a comic book and all the forms are flattened. The dots on the back wall are also typical of the artist, simulating the mass printing used in comics of the 1950s and 60s. They’re called Ben-Day dots, after the illustrator and printer Benjamin Day, who worked out that by using dots either closely spaced, far apart or overlapping (in cyan, magenta, yellow and black), you can cheaply create primary and secondary colors as well as shaded effects.

We’re accustomed to Lichtenstein exploiting “popular” images, but here he’s looking at someone else’s bedroom for inspiration. This is a take on a famous work by the Dutch artist Vincent van Gogh (1853 – 1890), who painted three versions of the room he occupied in a house in Arles, France (one in 1888 now in Amsterdam, and two in 1889, one of which is now in Chicago and the other – shown here – in Paris). It was in the 1960s that Lichtenstein first began parodying well-known paintings by other masters. Here, he takes van Gogh’s expressive post-Impressionist style and turns it into his own cartoonish vision. Using oil and magna (a kind of paint made from ground pigment in an acrylic resin with solvents and plasticizer), he “cleans up” the original swirling surfaces. He flattens the texture on the wood of the bed and the chair seats. Lichtenstein creates an alternative version of van Gogh’s willful brushstrokes: the floor boards are transformed into a sinuously patterned plane and the blue back wall is filtered into a screen of Ben-Day dots.

Do we see this as an homage to an iconic image or a more subversive twist? Is is a good rebrand for our times or an aggressive rip into high art? Whatever your view, it’s clear that both these images invite and lure us in, and excite and calm us in equal measure. Those are, I’ve read, the objectives for a good feng shui bedroom (though it’s hard to say whether either van Gogh or Lichtenstein were into their Chinese wisdom). 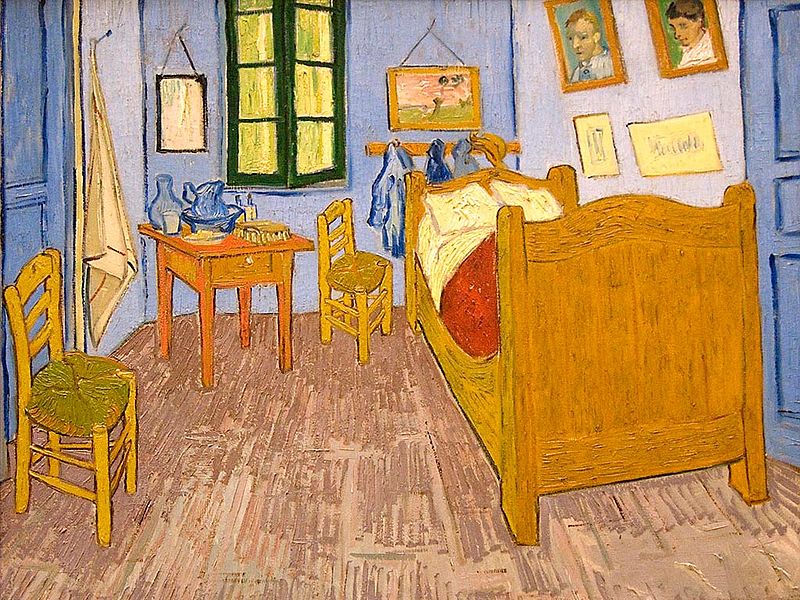