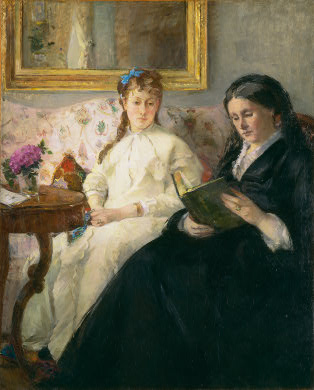 PANKS (Professional Aunts No Kids) are on the rise! With a funky new name and a cool new profile, real (and elected) aunts are shaping up to be the most fun family member. The acronym comes courtesy of the American website savvyauntie.com, which provides a forum for aunts with no experience of children of their own, on topics such as activities to engage youngsters and the best age-appropriate gifts to buy. It seems it was high time for the childless aunt role to get a shake up since the landscape has changed, says Melanie Notkin, Savvy Auntie superior and founder of the website. Apparently in America, 45% of women under 44 currently don’t have children and in the UK research by the Centre for Longitudinal Studies at the Institute of Education suggests that 30% of current female university graduates are expected never to have kids, for whatever reason.

PANKS are valuable and popular since, put simply, parents need all the help they can get, especially these days with busy lives all round. In her 2010 bestselling book Committed, author Elizabeth Gilbert says it’s high time the auntie brigade gets a rebrand. She argues that aunts have always been crucial to social cohesion and that “as a species, we need an abundance of responsible, compassionate women on hand to support the wider community.”

I went on the hunt for an NGA PANK and found one in the form of the female artist Berthe Morisot (1841 – 1895). One of the mainstays of the Impressionist movement, Morisot participated in all but one of the group’s eight shows and often hosted meetings at her home. She came from a prosperous family with distinguished artistic connections (her great-grandfather was Rococo artist Jean-Honoré Fragonard) and her varied education included lessons from the French landscape painter Corot.

This picture is called simply The Mother and Sister of the Artist (1869 – 70) and is one of Morisot’s largest works (101 x 82 cm). She’s known for this kind of charming domestic scene: this one was begun when Morisot’s sister Edma Pontillon stayed with the family to await the birth of her first child. Morisot’s casual composition, with figures and furnitures gently overlapping, creates a homey feel. Some lithe, loose brushstrokes (on the back wall and Edma’s robe) add a sense of spontaneity. Best is Morisot’s ability to render the delicacy of light, to show in oil how a sun-shaft passing through a window makes things look and feel different.

Morisot received help from the painter Edouard Manet (with whom she had an artistic rapport) on this work. Manet’s confident brush is seen in the older woman’s face and dress, differing from the more fiddly refinement of Morisot’s touch in her sister’s features and the floral upholstery. Morisot wasn’t a pushy painter in terms of her style, but she needed to be pushy to get her work shown, since women’s art was widely derided at the time.

For a while Morisot relished the perks of being a PANK, spending time with nephews and nieces, spoiling them, enjoying the fact she could hand them back the moment they became irritable. In 1874, she married Edouard Manet’s brother Eugene and they had one child, Julie, four years later. So even though her time as PANK proper was short, her art tells me Morisot never struggled to see the serene and satisfying privilege of this position. Need more convincing? Just check out The Cradle (1872, Musée d’Orsay, Paris), an utterly enchanting picture that shows Edma with the new baby. 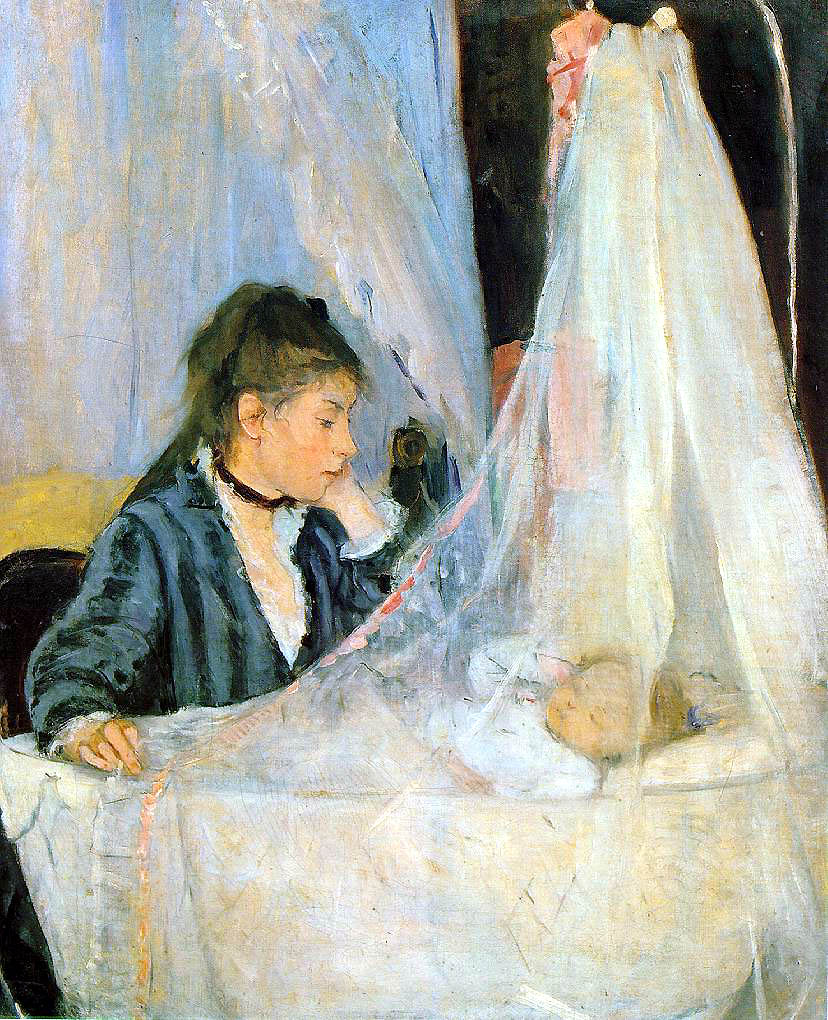 One thought on “Art of the Aunt”