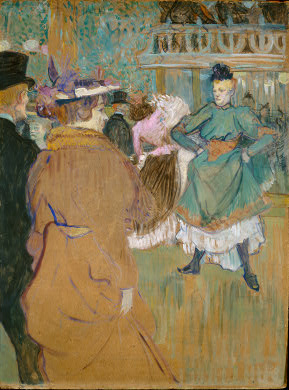 But burlesque wasn’t always about  striptease. The term has its root in Romance languages (French ‘burlesque’, Italian ‘burlesco’, Spanish ‘burla’) and means to joke or to send up. In the 18th century, it was being used throughout Europe to describe musical shows that combined serious and comic elements for grotesque and humorous effect. The casting of female stars in lead male roles gave burlesque its popular appeal. It was only in the 20th century in America that burlesque became risqué and closely associated with striptease. In these more sensual shows, women performed on elaborate sets in lush, colorful costumes to mood-appropriate music and with dramatic lighting.

Ultimately though, American burlesque still derives its erotic essence from a French invention. Famously, the striptease originated in Paris in 1889, with the opening of the Moulin Rouge, a cabaret club close to Montmartre in the red-light district of Pigalle. The ‘Red Mill’ became an instant hot spot of iniquity, with wild performances and courtesans plying their trade. Few artists were able to conjure up this loose, bohemian scene as evocatively as Henri de Toulouse-Lautrec (1864 – 1901). Born into one of France’s great aristocratic families, Lautrec was crippled as a teenager, and learned to draw during his convalescence. Determined to pursue life as an artist, he got a formal, academic training but was more influenced by Degas (whose gritty social realism he liked) and Japanese prints.

After his arrival in Paris, Lautrec gravitated to Montmartre, where he set up a studio and immersed himself in the heady night-life. His favorite models were singers, dancers and prostitutes, many of whom were his friends. This work at the NGA is called Quadrille at the Moulin Rouge (1892) and thrusts us into the underbelly of the red-light district. In the middle ground, a dancer stands, legs far apart, hands on hips and skirts pulled provocatively up. There’s an almost-ugly snarl on her face as she stares down an elegant pair of patrons on the left. This is painted in oil on cardboard, a quick, throwaway medium, and reveals the essential workings of Lautrec’s unique and seductive style. The whole composition is cut through with an incisive linear quality: see the dark outlines on the ladies’ dresses. The colors are kept earthy and murky, patched into the outlines in a quick decisive manner. 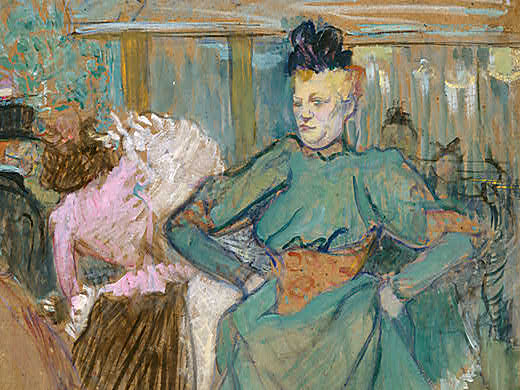 Certainly, there’s an element of grotesque surprise here, in the juxtaposition of the two women (notice the man is almost cropped out). The artist seems to makes a point of the difference in their dress and expressions, even the way they hold their clothes. There’s humor here, but it’s of the desperate sort. Isolated and depressed by his physical handicap, Lautrec must have gained some insight into the harsh, alienated lives of his subjects such as this. There’s no room here for feathers or sequins or martini glasses. There’s none of the refined and more ‘wholesome’ striptease top burlesque acts are putting on today. Lautrec is all about an unpolished reality, and the effect it has is quite unnerving. 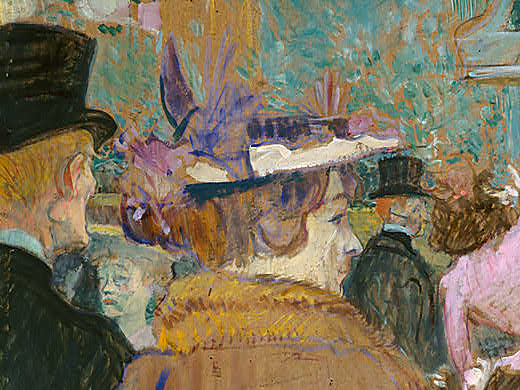 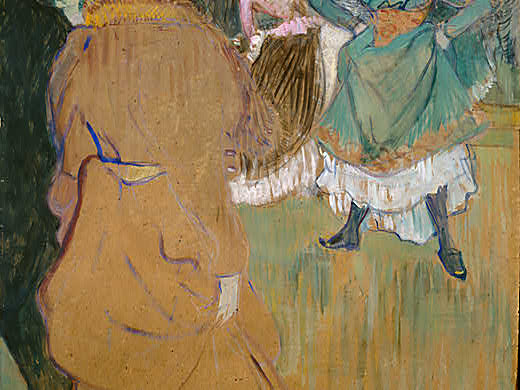 One thought on “Art of the Tease”