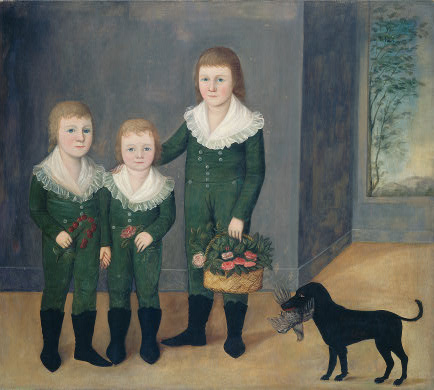 Lately, I’ve been watching a lot of Supernanny, a TV show that follows families getting help with their tricky kids. The woman who comes to call is 38 year-old Brit Jo Frost, a sort of modern-day Mary Poppins. I kid you not, no matter how extreme or mundane the problem, Jo has a kind yet no-nonsense approach that’s as refreshing as a hot, sweet cup of tea.

The show debuted in the UK in 2004 and was snapped up by ABC in the States not long after, becoming an instant ratings hit. Each episode starts with Jo observing a family, before rolling up her sleeves to set house rules, establish discipline and build an all-important routine. A lot of her focus goes onto the kids, getting their behavior up to scratch. But parents are also pulled up on shortcomings, especially if they’re lazy or not keen to get their hands dirty with poster paints. Once a family’s approaches are corrected, results often seem to come thick and fast, with relief and elation all round.

The shots of calm, smiling and well-behaved kids that flit across the screen at the close of each episode made me think of The Westwood Children (c. 1807) at the NGA. This unusual and endearing portrait is by an American artist called Joshua Johnson (c. 1763 – 1832), who was the son of a white father and black mother. Joshua was born into slavery and freed in 1782. Having received minimal training in art (perhaps he was self-trained, we’re not sure), he practiced as a portraitist, advertising in Baltimore’s city directories. Johnson was the first African American artist to make his living by painting and roughly 80 portraits are now attributed to him.

In this portrait, Johnson depicts the male children of Margaret and John Westwood, who was a successful Baltimore stagecoach manufacturer. I’d say the tender relationship between the boys is a main focus of the picture. At the center of the image is John, the oldest son, reaching his arm around his younger brothers. The two smaller boys clump together, clasping hands, perhaps uncomfortable with having to pose. The boys are in their Sunday best, buttoned into the high-waisted trouser suits that were fashionable at the time. With the three figures arranged neatly off to the left, Johnson introduces the window to design a balanced the composition.

The Westwoods have oval faces, thin lips, large, penetrating blue eyes and fine, sandy hair. Their features look sweet and their lace collars delicate, owing to Johnson’s practice of applying paint in thin layers. There’s little use of light and shade on the bodies of the children to bring out their roundness, though they do cast light shadows across the floor. 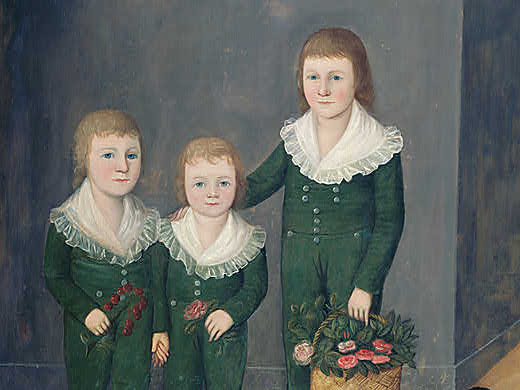 What makes Supernanny so compulsive is the footage of kiddie mayhem. There are massive meltdowns at the supermarket and total tantrums at tea-time. It’s quite something, to see a two year-old get out of bed 108 times in the course of an evening. None of it’s too much for Jo though (perhaps that’s why she got a roaring mention in the House of Commons not long ago in a discussion about preventing the causes of anti-social behavior). She’d approve of the Westwood children, that’s for sure, all suited and booted and on their best behavior. With flowers in hand and a flush on their cheeks (suggesting they’ve just come in from outside), she’d say they’re doing exactly what kids should. And that little pup with a bird in his mouth? Well someone had to do something naughty! 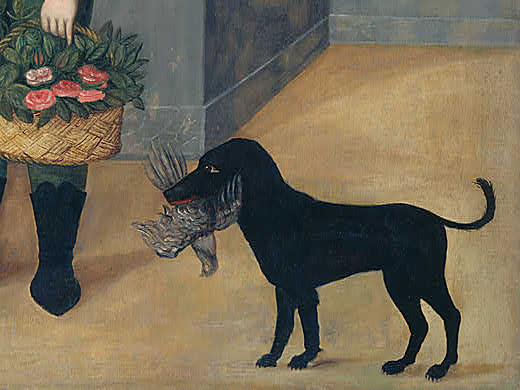