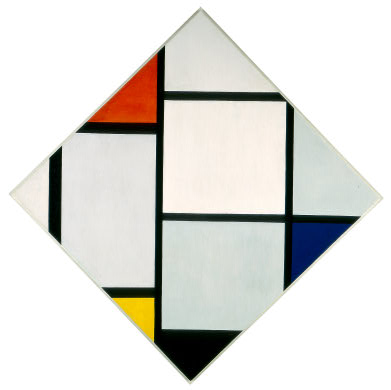 Are you a clutter bug, a pack rat, or some other creature of horrendous hoarding habits? Are you met in each room you enter by a nerve-inducing jumble of unopened letters, leaking pens, piles of books, old magazines, empty plant pots, ground-bound picture frames, cables for goodness-knows-what and clothes you bought ages ago but still haven’t managed to hang up?

If so, you’re far from alone. The recession hasn’t stemmed our product purchasing, since the thrill of shopping is still there. If anything, the tough financial time has increased our inclination to clutter (according to charity shop organizations in the UK and US), with people now less able to let anything go. Serious amounts of stuff start to control us, ruining our lives instead of enhancing them. “The compulsive state of buying things and holding on to them … is a form of addiction,” says Annie Bennett, a psychotherapist and author in the UK. And it gets worse. According to Romaine Lowery (who founded the Clutter Clinic in England), “people get to the point where they are desperate … Clutter is bad for your health and very stressful … I’ve seen a link between clutter and depression.”

The order and organization we’re after is here, in the distinctive work of Piet Mondrian (1872 – 1944), an artist who searched a long time for his personal abstract style. Born in Holland, he trained at Amsterdam’s Academy of Fine Arts, and worked in a naturalistic Dutch style, an Impressionist and van Gogh-influenced style, and a Cubist style before hitting on his own brand of clear lines and clean spaces in 1920.

This painting is called Tableau No. IV; Lozenge Composition with Red, Gray, Blue, Yellow, and Black (c. 1924 – 1925). It shows the areas of solid color (limited to white, grey and the primaries) and the black vertical and horizontal lines that we associate with Mondrian. The linear elements of the composition, intersecting at right angles, are assiduously aligned for a balanced asymmetry. The resulting rectangles are filled in with color, a sort of exploration of mass. Note how the colors are placed at the peripheries. It was in 1918 that Mondrian started turning his square canvases 45 degrees (without rotating the lines in the composition) to rest “on point”. He said his lozenge compositions were about cutting. Indeed, the sense of cropping is emphatic: the forms feel incomplete, sliced off at the edges, with the implication being that things continue beyond the canvas. 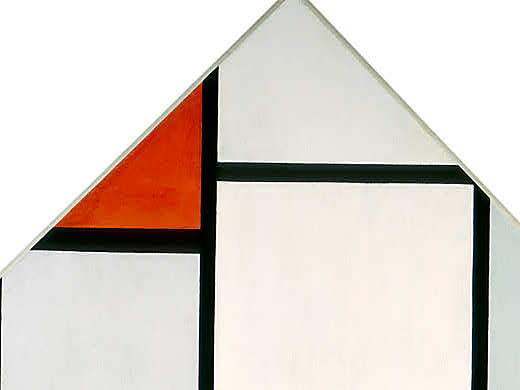 In 1917 Mondrian had been instrumental in founding De Stijl (The Style), a Dutch artistic movement that also gave its name to a journal propagating the group’s theories. The core concept of De Stijl is known as neoplasticism (new plastic art). Mondrian explained what this meant for him in an essay called Neo-Plasticism in Pictorial Art:  “… this new plastic idea will ignore the particulars of appearance, that is to say, natural form and color. On the contrary, it should find its expression in the abstraction of form and color, that is to say, in the straight line and the clearly defined primary color.”

Mondrian’s reduction to the essentials of form and color carve out a visual simplicity that’s ultimately intended to suggest spiritual harmony and order. What better prompt could there be for us to de-clutter our homes and clear up our lives? If cleansing and organizing will lead to peace, serenity and a sense of inner calm, then sign me up for an instant home overhaul. Just hang on one minute while I try to locate my dustpan and brush…