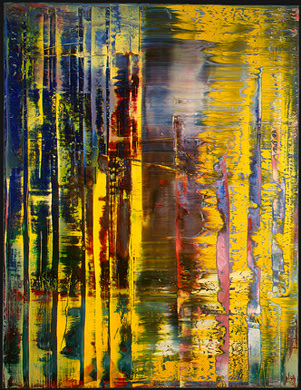 This weekend I unearthed an internet treasure. It’s a music video by a band called Hold Your Horses, for their song 70 Million. In it, the band-members mimic a whole series of famous paintings, starting off with Da Vinci’s Last Supper before taking on everything from Botticelli’s Birth of Venus to Vermeer’s Girl with a Pearl Earring. Featuring Magritte, Michelangelo, Mondrian, Munch and many more, it’s a raucous, rollicking romp of an art history lesson.

This video got me thinking about the long-standing link-ups between art and music, and more specifically the contributions of artists to album covers. In 1967 Andy Warhol came up with a (peel-able) banana for a record by The Velvet Underground. In the same year, British Pop artist Peter Blake made the colorful sleeve for the Beatles’ Sgt. Pepper’s Lonely Hearts Club Band. Guns and Roses featured a figure from Raphael’s School of Athens on their Use Your Illusion artwork and Coldplay took Delacroix’s Liberty Guiding the People as the basis for the cover of their most recent album.

There’s an artist at the NGA behind one of the most subtle and unusual album covers out there. Gerhard Richter’s photo-painting Kerze (Candle) adorned Sonic Youth’s Daydream Nation of 1988 and became one of the most famous covers in pop history (the original canvas sold for £7.1 million at Sotheby’s in 2008). There’s one painting by Richter at the NGA – called Abstract Painting 780-1 (1992) –  that hangs in the mezzanine terrace of the East Building. Richter’s a German artist (b. 1932) who trained in the former East Germany, where painters had to produce realist art to support propaganda requirements of the state. When he moved to the Federal Republic in the West in 1960, he started working from photographs and developed a style that was neither realistic nor abstract.

As well as his photographic art (the Kerze album cover was such a work), Richter made abstract pictures like the one at the NGA. Abstract Painting 780-1 reveals the way the artist builds up cumulative layers of paint, applying colors wet-on-wet. He blurs certain sections and scrapes across others to expose prior layers of pigment. 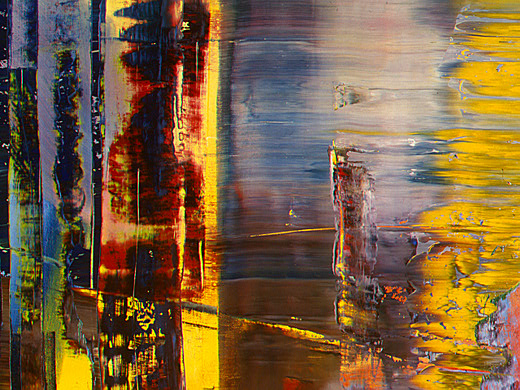 This is a non-representational painting: though there’s some sense of dim images spied through a smeared window, the physical work drags your eyes and mind back to the paint all the time. The medium seems to have will and whimsy of its own, showing Richter’s method of working in stages, responding naturally to the painting’s progress. It’s an incidental and intuitive approach, not a million miles away from Pollock’s automatism (which we looked at yesterday), in which a work becomes an accumulation of spontaneous, reactive gestures of adding, moving and subtracting paint. Sheets of vibrant color emerge, patterns pop up and the artist’s tools leave little snail-trails on the surface. 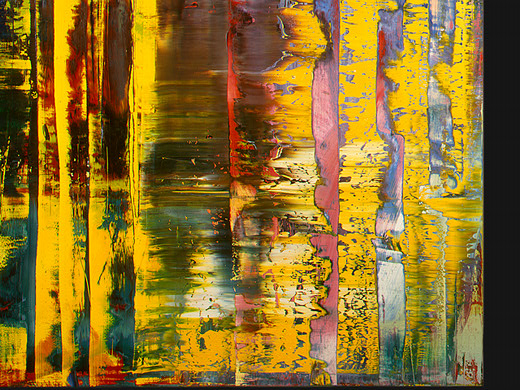 One of the most magic effects that crops up out of Richter’s random painting process is the illusion of space and a logical recession. When looking at Abstract Painting 780-1 it’s almost impossible not to imagine and remember images in our real-life lives. Richter would be pleased: he’s known for saying that “art has to do with life” and sees it as the most valuable type of thing to believe in. And oddly enough, even though this work isn’t on any album covers as far as I know, when I see it in person it makes me think of music.

Here’s the Hold Your Horses video. Free copy of their album for the reader to who correctly identifies the most artists and works featured. Please submit your answers via comments.