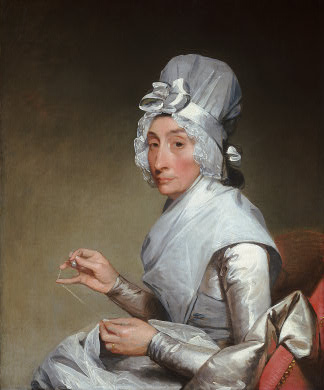 Were you tempted today by some spring/ summer pieces fluttering in those fresh-dressed windows on the high street? A few years ago, a March Saturday would’ve seen lots of ladies surging to splurge on a new wardrobe for coming months, especially at the cheaper, more throwaway end of fashion. But now we’re looking at a whole new scenario: it seems our relationship with fashion has changed and that we’re coming to some sartorial sense.

Whether our wardrobes are stuffed to beyond bursting or we’re trimming back a bit since the recession hit, shopping to excess has become démodé. Remember that rabid rootling through a stack of sale items? Or the nervous wait while on the short-list for some designer bag? Well, it’s just not where we’re at right now. We’re also thinking more clearly about clothes and climate, with people cottoning onto the fact that cheap clothes come from cheap factories. In the UK, charity shops are refusing cheap-end fashion (prices can’t be marked down beyond rock bottom), so suddenly we’re looking at a whole lot of land filled with disposable clothes.

These days, people are taking a new fashion tack and finding ways to get a clothes high without so much buy. You can rent a frock, or customize your clothes for the latest look.  You can arrange to swap and share with friends, sew-your-own, or simply give a new lease of life to that 80s jacket at the back of your cupboard.

Gilbert Stuart has gauged our mood perfectly with his Catherine Brass Yates (Mrs. Richard Yates) 1793/1794, which shows the wife of a New York importer. Stuart (1755 – 1828) is an American painter and one of the most original portraitists of the 18th century. He traveled to London at 20 to train under the American history painter Benjamin West. Stuart was a hit in London, so much so that he was mistaken for the great British painter Gainsborough.

But Stuart has a style that’s all his own (far more recklessly truthful than Gainsborough ever got), as is patent and plain in this picture. Can you imagine any other artist painting in the traces of a lady’s mustache, blotting it carefully onto her upper lip? Well that’s exactly what Stuart does in his bid not to shy from the physical truth. Clock the big-lidded eyes, bumpy long nose and slightly put-out, appraising gaze. And yet, this lack of flattery is what the Yankee sitters wanted. When he returned to America in 1793, Stuart was surprised by the down-to-earth tastes of his US clientele, saying: “In England my efforts were compared with those of Van Dyck, Titian, and other great painters: here they are compared with the works of the Almighty!” 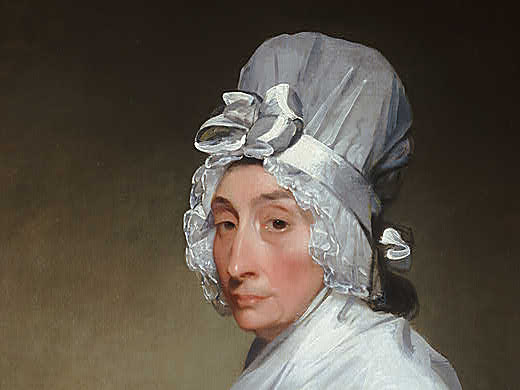 So Stuart developed a dab-hand at reality and became a master at manipulating paint. Here he uses it thickly or thinly, with opacity or translucence, in different places depending on the effect he’s after. Fabrics, needle, thimble, wedding band, flesh, and fingernails are all wrought with terrific truth-to-life.

I love the determined domesticity of Mrs Yates (not wanting to waste time in posing for Stuart, she simply decided to tend to her sewing). Stuart is well-known for his presidential portraits, but this picture shows how candid his domestic scenes can be. Mrs Yates is one of the US’s best-loved pictures, as a masterpiece and symbol of the early republic’s rigor. Right now, I bet she’s gaining new batches of fans, all keen to emulate her thriftiness and craftiness. 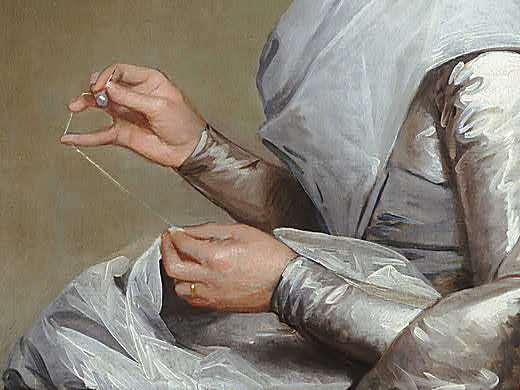 One thought on “A Stitch In Time”