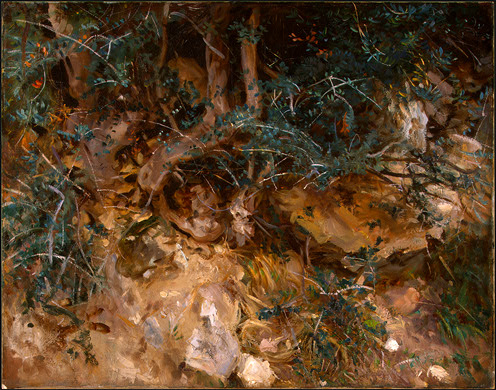 As the weather warms and our coats come off, the mind meanders to life outside. Whether you’ve acres of land and big green lawns or something smaller like a patio, a balcony, or even just a couple of window boxes, gardening takes on a new joy in the spring.

But before we can scatter seeds with abandon, with visions of plums or petunias dancing in our heads, any gardener must tackle the prickly problem of weeds. To believe that gardening is only about pretty plants and flowers is far off the mark: it’s actually more about pulling, spraying, chopping and cursing weeds. To keep weeds at bay requires planning and cunning. First you must get into the mind of the weed, to asses its character (annual or perennial, taproot or fibrous, warm-season or cool, how quick to set seed). Any invaders should be attacked with attitude, hacked with hoes, uprooted and booted off the plot. With vim and vigilance, it’s possible you’ll prevail.

Though Sargent’s portrait work would go on to influence an entire generation of American painters, he was aware of the limitations of the genre and kept up his interests in other subjects. Around 1906 he actually abandoned portraiture entirely, to focus on landscapes and murals in watercolor. The NGA’s unruly thicket, Valdemosa, Majorca: Thistles and Herbage on a Hillside (1908) dates from the time that Sargent had stopped painting people and shows the ease with which he carried his virtuosity and painterly techniques over. What a wonderful jumble of a picture it is! The close-up, cropped shot looks so modern and makes me think of the times my digital camera has clicked a picture without me knowing, and captured an image of the ground. 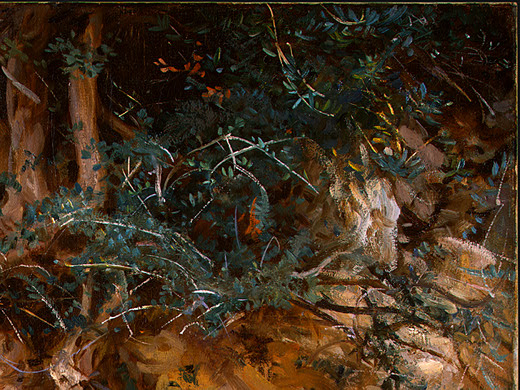 Sargent snares the essence of the undergrowth in color and texture. His brushwork unravels the thorns, small leaves, gnarly roots, boughs, and brushy blades of sun-bleached grass. The colors are a serious study in varieties of green, brown, beige and white. This work has the clever effect of pulling you in, making you focus. I can imagine being young again, hunkered down to the ground, peering for insects or the sight of something interesting. 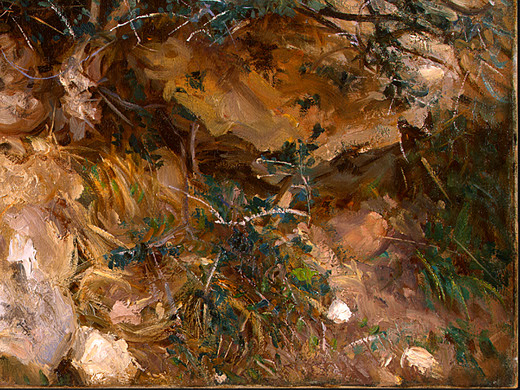 Though there’s no seeming structure to the composition, the tangle of lines has rhythm and verve. The crooked bough roughly in the center leading to the open bleached patch down below does something to anchor the image. But this isn’t about order or organizing or framing. I can only imagine that after years of perfecting glistening society portraits it was a revitalizing relief for Sargent to get down and dirty with all the chaos and spirited beauty of nature. Which brings us back to those terrible weeds, and in fact I’m now thinking it might be alright to relax. On closer inspection, many of them are actually quite fascinating and attractive. So who knows, for the green-fingered among us, the odd spot of herbaceous riot-running might even provide some interest and inspiration. 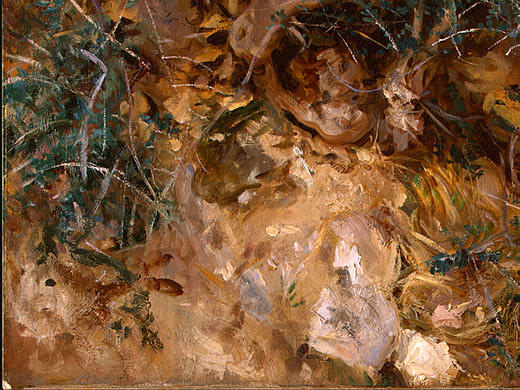 One thought on “Tangled Up”