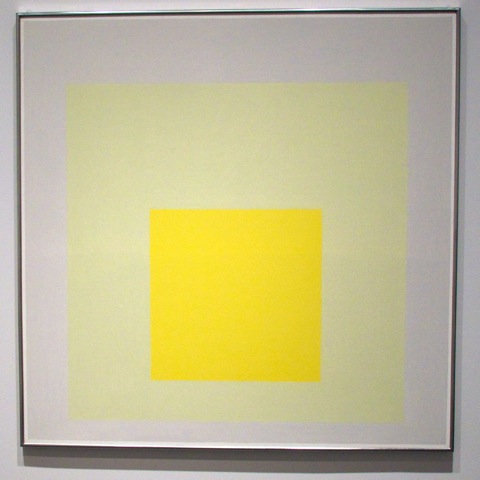 Art and fashion have long been friendly bedfellows, stitched together by steadfast threads of two-sided aesthetic admiration and lots of creative collaboration. In the Renaissance, artists painted the form, fit and fabulousness of their subjects’ clothing with care, since a well-depicted dress could make a picture pop. Fashion also allowed an artist to showcase his skills: someone like Titian really reveled in rendering textures and accessories, spinning furs, velvets, brocades and pearls as if by magic from the tip of his brush.

More recently, fashion tapped the fat vein of art when Art Nouveau spread across Europe in the late 1800s. It wasn’t long before the movement fertilized fashion and sprouted stacks of sinuous, decorative jewelry. From 1910 Cubist art caught the eye of Coco Chanel, who responded by making more cylindrical shapes and cuts in her clothes. In the 1930s, Italian designer Elsa Schiaparelli put the Surrealist Salvador Dali’s iconic lobster on a silk dress she designed while the printed paper dresses popular in the 60s, were inspired by Warhol’s take on rash consumerism.

The enmeshed art-fashion weave shows no signs of unraveling. A year or so ago catwalks and sidewalks were awash with “paint splatter” effect clothes. Last year London’s Victoria & Albert Museum staged a retrospective on the mega milliner, Stephen Jones. But it was 2008 that produced one of the most hip and hyped art-fashion hybrids of recent years, when the French fashion house Hermès looked to the German artist Josef Albers. As soon as Hermès brought out their series of six limited-edition silk scarves based on paintings Albers had done in the mid 60s, tempers frayed as artistas and fashionistas fought tooth and nail to get their hands on one.

Albers (1888 – 1976) studied art in Berlin, Essen and Munich from 1913 – 1920, after which he enrolled at Bauhaus, the pioneering modern design school founded by Walter Gropius in Weimar in 1919. Bauhaus promoted functional design and collaborative cross-over between architecture, fine art and applied art. Albers was the first graduate to join the staff. In the early 30s he moved to New York and it was in 1949 he started the iconic Homage to the Square series that would preoccupy him until his death (and also inspire those hard-to-come-by scarves). 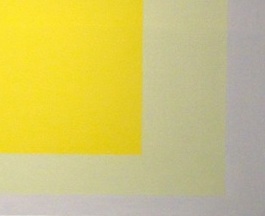 The NGA’s Homage to the Square: At Sea B (1964) shows the format that Albers followed in these paintings. Flat, colored squares are arranged concentrically on the canvas: lines are precise and it’s all most measured. For one thing, these works are about spatial dynamics: there’s a quivering sense of space (recession or protrusion?) and it’s a bizarre optical experience, as the eye tries gauge what’s going on. The nested squares are also about an intent investigation into color interaction. At Sea B looks at yellows, from acid to yolk. But whether he’s taking shades of the same color, clashing complementaries or introducing black and white, Albers is addicted to the retinal effects of color combinations. He even put the results of his research in his 1963 volume, The Interaction of Color.

Albers’s Squares stick to a regime that’s carefully removed from any reference to nature. His clean forms, made up of consecutive right angles, find no reflection in the natural world, representing a rare and pure aesthetic exercise. Perhaps that’s why the Squares have become one of the most recognizable examples of abstract art in the 20th century, and why Hermès felt fine sticking a true art-piece price point of $2,800 on their scarves. Thank goodness the real thing is available free of charge every single day at the NGA. 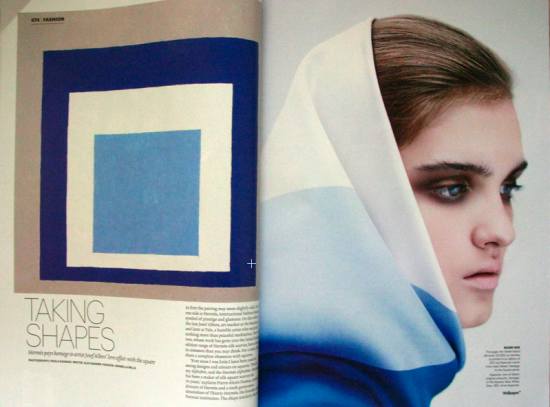