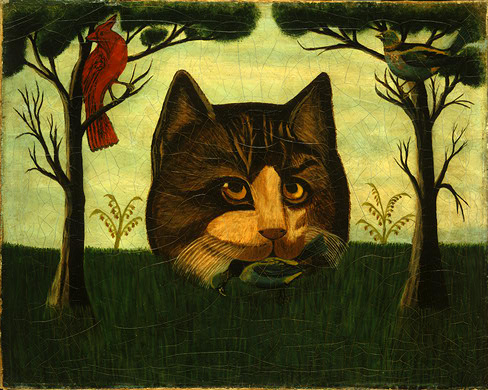 Curiouser and curiouser! It seems we’re all mad for a little Alice in our lives! From the start of March, Tim Burton’s Alice in Wonderland has been fueling our fetish for fantasy and odd-ball adventure. Of course, the original novel by Lewis Carroll is well-thumbed and much-loved by many. Since it came out in 1865, Carroll’s cast of colorful characters (in many cases based on his friends and acquaintances) has been re-visited by writers and film-makers alike. Burton’s version is an extension of sorts, with a 19-year old Alice accidentally returning to the Wonderland she visited 13 years before. The film’s narrative follows her attempts to slay the Jabberwocky, a dragon-like creature controlled by the Red Queen.

The film has got Alice and her friends cropping up and popping up in all sorts of places. For a start, fashion has fallen down the rabbit hole, with high-street stores reeling out racks of powder-blue tea dresses, bright-white pinafores and stripy tights. Claire’s Accessories has a whole line called Alice in Fashionland, tinkling with charm bracelets, feathered brooches, dotted neck-ties, kooky hats, funny gloves and more. Websites like eHow are offering advice on how to throw a Mad Hatter Tea Party, and London’s Hummingbird bakery is selling out of its tasty, brightly-iced “EAT ME” cupcakes and confections. Even interiors are taking a turn towards Wonderland whimsy: Vincent Leman and David Coddaire have each produced bending book-cases while Lila Jang’s done a funky-formed sofa.

In honor of Alice we’re looking at a cat today, if only for the fact that this picture reminded me instantly of Carroll’s iconic Cheshire Cat. Remember his haunting habit of disappearing bodily, while leaving his grin behind to float on its own? That prompted Alice to say she’d often seen a cat without a grin but never a grin without a cat, and while this one mightn’t have that mischievous smile, his outsized head does seem to be missing a body.

In some ways, The Cat is a bit of a mystery, painted by an anonymous American of the 19th century. And yet its clear character and special style can lead us to link it to folk or primitive painting (sometimes also called naive painting). Folk art is loosely defined as that produced by artists with little or no formal training in conventional techniques. While folk artists aren’t amateurs, they do tend to remain untouched by broader trends in the art world. 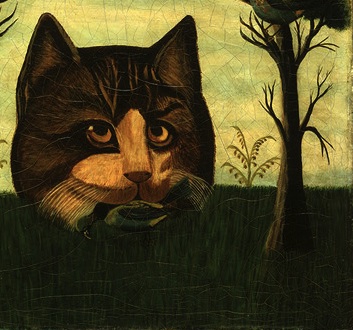 What’s obvious here is that the artist is driven by a keen interest in his subject. His cat takes center-stage, with a green bird caught, lolling, in its mouth. See how the composition is so simple and instinctive: there’s a pure symmetry in the framing trees that extends to the birds in the branches and the plants on the horizon. The colors are strong and saturated, kept to an earthy and naturalistic palette. Everything in the painting is presented as sitting close to the picture plane: the lack of perspective and discrepancies of scale lend an unsophisticated air to the whole.

I like that this picture is so clean and uncluttered: the fact that it’s not over-detailed allows us to look long and hard at the cat. There’s a disarming directness in the animal’s stare and real depth of character in the ways of his gaze. Folk or primitive art like this can exude real freshness and vitality and if anything, the off-kilter elements add an appealing, child-like innocence. Not unlike Carroll’s Alice’s Adventures in Wonderland I’d say, a novel of charming nonsense and child-like attitude that’s captivated young and old readers for years and years. 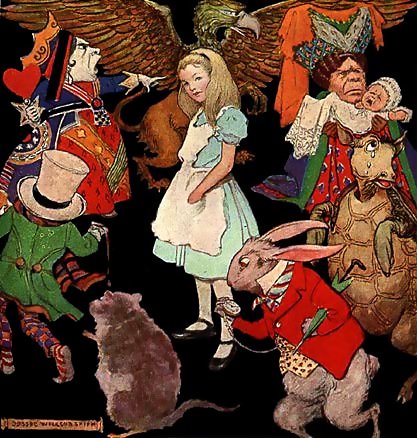