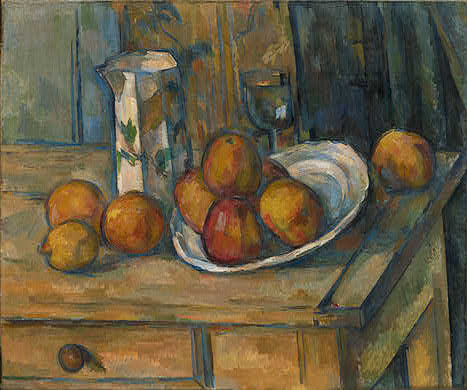 These are the words to “Oranges and Lemons”, an old English nursery rhyme and singing game that features the bells of several churches from the City of London. To this day, the tune of “Oranges and Lemons” is played on the church bells of St. Clement Danes, the church referred to in the first verse. Years ago, when the river Thames was wider than it is now, barges carrying oranges and lemons landed just below the churchyard of St. Clement Dane. On the last day of March it was customary for children to gather at the church to attend a service and to receive presents of fresh fruit. 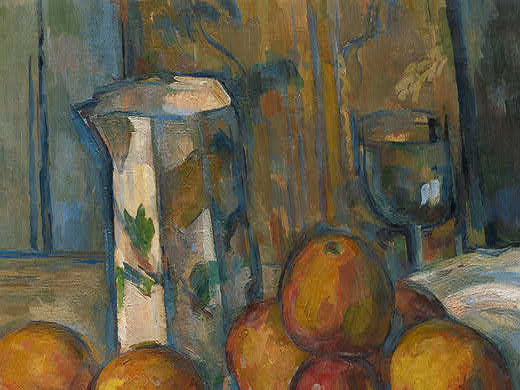 The NGA’s Still Life with Milk Jug and Fruit (c.1900) goes some way to showing us why Cézanne is regarded as “the father of modern art.” Cézanne painted hundreds of still-life pictures, exploring spatial relationships by arranging and rearranging a small set of household objects along with fruits and vegetables.

Cézanne set on out on a personal path in his painting, in which he left behind conventional perspective and modeling, instead using subtle color variation and distortion of forms to suggest solidity and depth. Unlike the Impressionists, who were concerned with surfaces, Cézanne was preoccupied with structure, and how to represent the solid, round features of nature on the flat plane of a canvas. Here, the table looks like it’s buckled, as if it’s viewed from shifting angles. The tilted, precariously balanced objects are given stability by the underlying geometry created by the edges of the objects and the table. See how what the artist called “modulations” of color are applied to depict the 3D dimensions of the fruit. He’s peeled away the surface detail to use a delectable mush of reds, oranges and yellows to give the fruits graspable definition. 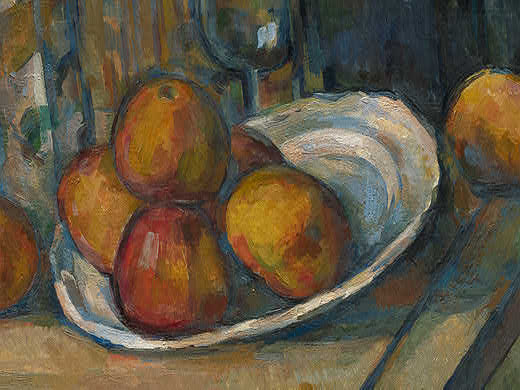 Cézanne developed an entirely original language in art, based on his tack of treating nature “by means of the cylinder, the sphere and the cone.” He had a huge impact on 20th century artists, paving the way for Cubism and abstract art.

As a tangy treat for the end of the month, here’s a recipe from the UK chef Jo Pratt, from her fantastic cookbook, In the Mood for Entertaining: Food for Every Occasion.

Preheat the oven to 180° C. Grease and line the base of 1 large (900g) or two small (450g) loaf tins. Place the caster sugar, butter and the zest of the lemon and orange in a bowl and beat together until pale and creamy. Add the milk, and then beat in the eggs, one at a time, with a spoon of flour to prevent the mixture from curdling. Mix in the remaining flour. Spoon into the prepared tin/ tins and level the surface flat.

Bake in the oven for about 45 minutes for a large cake or 30 minutes for the smaller cakes, until they are golden and a skewer comes out clean when inserted into the center of the cake. Don’t worry if you see the cake peak in the middle and split – it all adds character and will also give you a crunchier drizzle topping.

While the cake is cooking, place the lemon and orange juice in a saucepan, bring to the boil and allow to reduce in quantity to about 3 tablespoons. Leave to cool, and then stir in the granulated sugar so it just starts to dissolve.

As soon as the cake comes out of the oven, prick several times with a skewer, then slowly pour the lemon and orange sugar all over the top, letting it soak into the cake. Leave to cool completely in the tin before turning out and cutting into slices to serve. 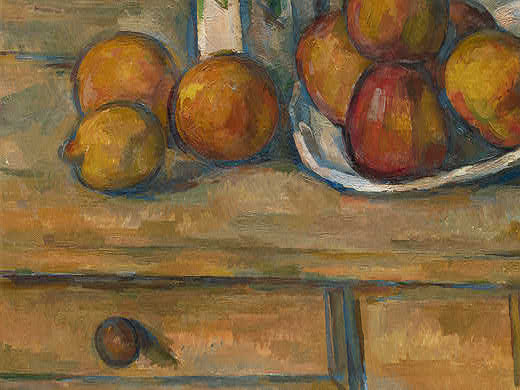