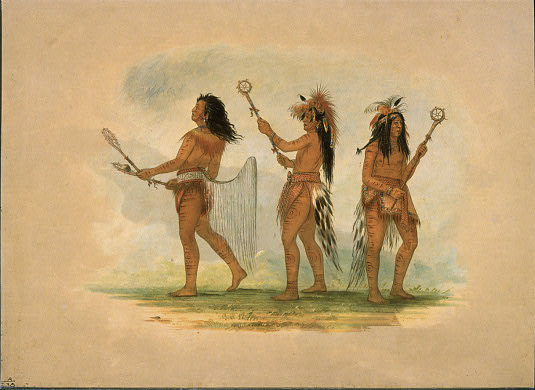 As part of my ongoing edification in American sport, I’ve been learning a bit about Opening Day, the start of the new Major League Baseball season. It always falls around the beginning of April: this year the first game was played last night, with the rest of the teams due to play today. Opening Day arrives amidst a rain of parades: in Cincinnati, Ohio (home of the first professional baseball team), an annual parade marks an unofficial city holiday. But honestly, holiday or not, it seems a lot of fans see home-team games as a good reason to call in sick.

What’s most contagious about all of this is the distinct whiff of newness in the air. The 30 major league clubs begin each year with 0-0 records, making Opening Day a chance for all involved to forget last season ever happened. The feeling of rebirth is so strong, there’s even a book by Thomas Boswell called Why Time Begins On Opening Day.

There are Three Celebrated Ball Players at the NGA, though not of the kind you’ll see on baseball fields today. This painting shows three Native American lacrosse players and is by George Catlin (1796 – 1872), an American painter, author and traveler who specialized in images of Native Americans in the Old West. Catlin grew up in Pennsylvania, where his early fascination with American Indian artifacts and rituals was encouraged by his mother. After a brief career as a lawyer, he became an artist and journeyed west five times in the 1830s to paint the Plains Indians and their way of life. Catlin was convinced that westward expansion spelled disaster for native peoples and his paintings and writings aimed “to rescue from oblivion their primitive looks and customs.” 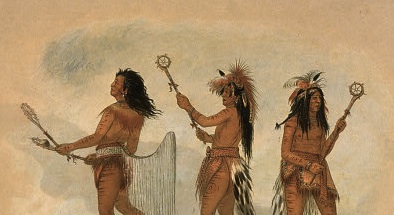 This work is one of hundreds owned by the NGA and is done in oil on card and paper board. It reveals the way Catlin worked in the field, where speed was of the essence. Here he’s focussed first on the faces of the Choctaw, Sioux and Ojibbeway players, filling in body and costume details later in the studio. The players wave Choctaw lacrosse sticks (carved from hickory and fitted with rawhide nets) used in a game where players scoop a leather-covered ball from the air, the ground or a competitor’s stick to deliver it to goal. The play is fast-paced and at times aggressive and Catlin adored capturing it in paint.

Catlin was the first artist to record the Plains Indians in their own territories, admiring them as an embodiment of the Enlightenment ideal of “natural man” living in harmony with nature. The precision of his brush in picking out details of costume and character reveals his anxiety to make accurate recordings. When Catlin first traveled west, US Congress had just passed the Indian Removal Act, a vast forced migration that pressurized Indian cultures to adapt or perish. Catlin’s work was his way of protecting native peoples, and he lobbied the government throughout his career, hoping Congress would purchase the Indian Gallery as a legacy for future generations.

I suppose this painting throws up the fact that people all over the globe like sport, for its physicality, competition and development of skills. In the US sport is a way of life, indicated by the fact that President Obama is due to throw out the first pitch before the Washington Nationals’ home opener today. Perhaps that swelling optimism surging around a stadium at the start of a game is not unlike Catlin’s long-lived (but ultimately unrealized) hope that his work would reverse the march of ‘progress’. 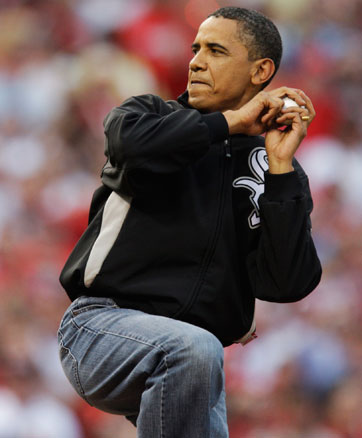