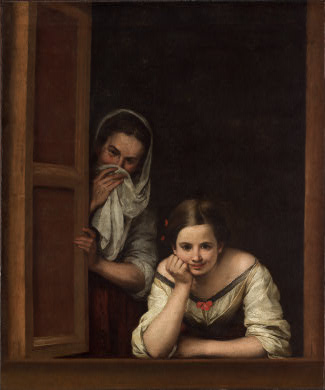 Today is World Health Day as organized by the World Health Organization, the directing and coordinating authority for health within the United Nations. World Health Day 2010 is focussing on urbanization and health, with a global campaign called “1000 cities, 1000 lives.” It’s encouraging cities to open public spaces to health, as well as collecting the stories of 1000 urban health champions.

But before you reach for your bike or a bandaid, consider for a minute a medicine that’s fun, free, and easy to use. Believe it or not, scientific studies prove that laughter is actually a therapy, setting off healthy physical effects. A good laugh can relax your whole body, relieving tension and stress for up to 45 minutes after. Laughter can also boost your immune system, by decreasing stress hormones and increasing immune cells and infection-fighting antibodies. Tittering also triggers the release of endorphins (the body’s natural feel-good chemicals), promoting an overall sense of well-being. Laughing even protects the heart by increasing blood-flow and improving blood-vessel function. 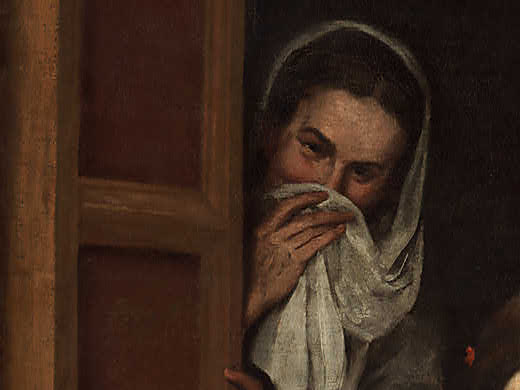 To put us in a merry mood, we’re going to have a giggle with these Two Women at a Window (c. 1655/1660) by the Spanish painter Bartolomé Esteban Murillo (1617 – 1682). Born in Seville, this son of a barber-surgeon spent virtually all his life there, enjoying a highly successful career (his work later influenced generations of Sevillian artists). Murillo’s output consisted mainly of religious works, but he also had a distinctive sideline in pictures of beggar children, as well as excellent (though infrequent) portraits.

Two Women at a Window is a striking example of a genre painting, showing figures from contemporary life engaged in ordinary pursuits. Here, an older woman stands by a shutter leaf, while a younger one leans on the ledge, looking out. The window is painted illusionistically, to make us believe it’s real: it’s a trick-of-the eye technique (called “trompe l’oeil”) that derives from Dutch paintings. Murillo has made these figures life-size, to further extend the illusion. Both the girl and the older woman are modeled convincingly with light and shade (see the tonal work on their flesh, for instance). They seem close too, especially the younger one, who’s resting forwards towards us. Using foreshortening, Murillo compresses her figure (since we’re seeing her from the front), adding a strong sense of 3D volume. It’s this foreshortening that also sets up the dramatic interplay between them and us. Both figures turn their attention to the viewer, and both are meeting our gaze. The standing woman peeks from behind the shutter, while the younger one looks out with open amusement. 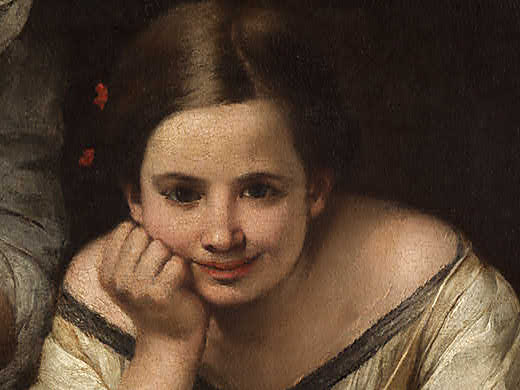 This direct contact is delightful yet disarming, and it begs the questions “who are they?” The difference in ages might suggest a chaperone and her charge, a familiar duo in upper-class Spanish households (covering one’s smile or laugh was considered good etiquette among the aristocracy). But another interpretation is also possible: an engraving made a century later called The Galician Women, implied they were prostitutes. This because Galicia, a poor province in western Spain, provided many of Seville’s courtesans.

Whichever reading we select to side with, this painting presses home another advantage of laughter: when it’s shared, it binds people together, building happiness and intimacy. So whatever it is that’s tickled these two, they stand to remind us that humor is a powerful tool in making sure our moods support strong health. If all of us resolved to up our daily laughs a bit (from the average 15 to, let’s say, 20), just think how much better off we’d be. Now where did I leave that whoopee cushion..? 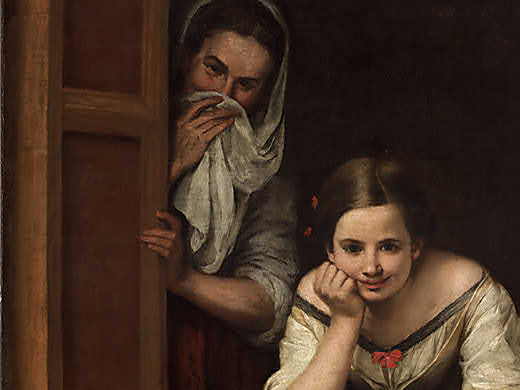 4 thoughts on “Laugh Out Loud”