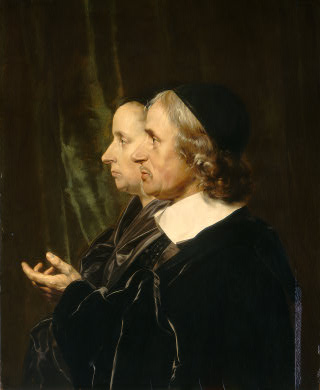 Let’s lower the tone just a little here and talk about Russell Brand and Katy Perry. Ever since Brand (British, controversial, comedian, actor, author, presenter) hooked up with Perry (American, singer-songwriter), we’ve been following their liaison at close quarters. Theirs was a whirlwind courtship, kick-started at the MTV Video Music Awards in September and shifted into gear in January when they announced their engagement from India. The reason we all know so much about the Brand/Perry pairing is because they’re not shy about putting their relationship out there: if they’re not together, they’re tweeting to and about each other. 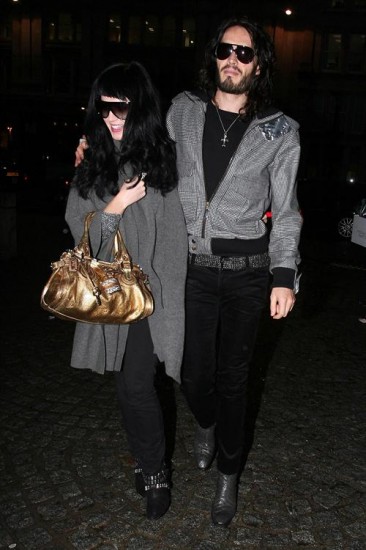 But T-M-I tweeting and shows of saccharine inseparableness aside, what of the erstwhile differences that surely divide a self-proclaimed sex addict and sometime drug addict (him) and progeny of preachers (her)? Well, it seems Rusty and Katy have been doing what lots of other loved-up, dating, relating, newly-engaging couples do, which is to create an air of superficial congruence in image. Put plainly, this means dressing the same and reflecting each other’s wardrobes. From their identikit dark-dyed and distressed hairdos to their bigger-than-your-head shades, Brand and Perry have started to look eerily like one another. Seriously, stick a beard on Katy and you’ve got yourself a mini-Brand. Their togs too have undergone a twinning ceremony: often they’re seen sporting similar bashed-up boots or bobble hats, or doing the color-coordination thing. 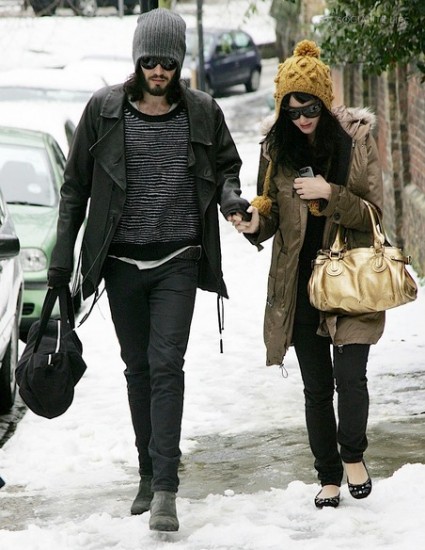 His and hers dressing is a social signal that a pair of people want to be seen as two peas in a pod. It was this that I thought of (using lashings of creative license for the comparison) when I first saw this Portrait of the Artist’s Parents, Salomon de Bray and Anna Westerbaen (1664) by the Dutch painter Jan de Bray (c. 1627 – 1688). Jan was born into a creative, cultured family in Haarlem: his father was a painter and architect who helped establish the painter’s guild in Haarlem in the 1630s. Salomon was also a poet and a member of the city’s rhetorical society. Jan’s mother Anna came from an artistic family in The Hague.

This picture is a posthumous portrait, which de Bray painted shortly after his parents died from a plague that also claimed four of his siblings. The image has Salomon with his left hand outstretched in a rhetorical pose, as though he were about to speak. Profile portraits were a common format on Roman coins and celebratory medals, depicting individuals of high birth and rank. The tradition was revived during the Renaissance but is only occasionally found in 17th-century Dutch and Flemish painting. Peter Paul Rubens (1577 – 1640) may have provided the precedent here, with his Agrippina and Germanicus (c. 1614). 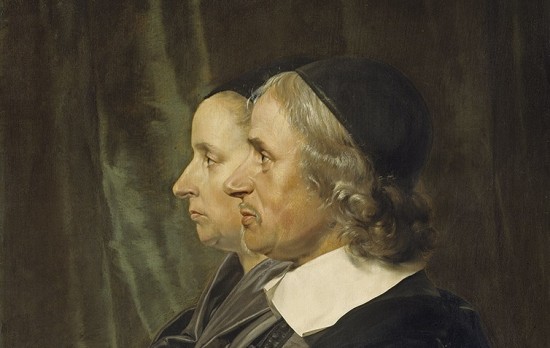 In any case, this picture with its unusual overlapping profiles is rich with ancient ideals of dignity and permanence and reveals de Bray’s devotion in memorializing his family with his work. He even stipulated that the picture should be given to Haarlem, to ensure his parents wouldn’t be forgotten. For me one of the most striking aspects of the picture is the parity of pose and appearance: see how this couple correlate in their stark, dark dress. Despite some embellishments on his attire to denote scholarly leanings (a skullcap and a white collar), the overriding impression is one of symbiosis and sartorial similarity. In the case of these two, their clothing congruence comes to stand for a long and loving life together. Neither forced nor contrived, they’ve become like proper peas in a pod. Now only time will tell if we’ll ever be saying the same for Russell and Katy. 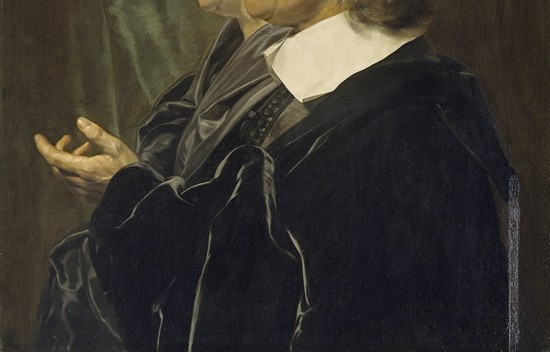