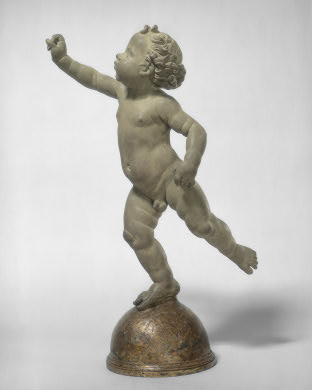 Today is Earth Day, inspiring awareness and appreciation for the environment. Founded by U.S. Senator Gaylord Nelson on April 22nd 1970, Earth Day started as a grassroots outcry about environmental issues that would prove to Washington and the rest of the world just how distressed Americans were about damage being done to the earth.

In the months leading up to the first Earth Day, a front page New York Times article said: “Rising concern about the ‘environmental crisis’ is sweeping the nation’s campuses with an intensity that may be on its way to eclipsing student discontent over the war in Vietnam.” Of course, our ‘environmental crisis’ has only ramped up rabidly in the intervening 40 years, and now it’s practically unheard of for even a minor politician not to have a major plan as regards environmental issues. So it is that Earth Day 2010 echoes with a much-hyped and heightened sense of urgency as regards the state of the planet. 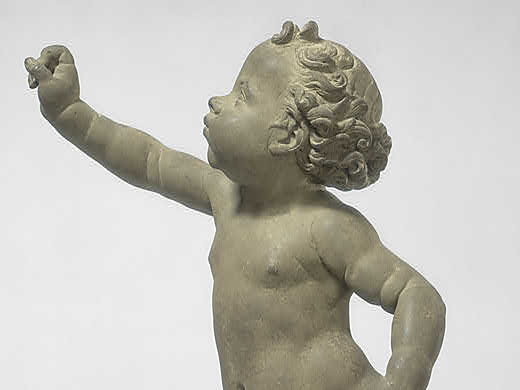 Today’s work honors the globe, and is by the Florentine artist Andrea del Verrocchio (1435 – 1488), long regarded as one of the finest sculptors of the Italian Renaissance. Born Andrea di Cioni, Verrocchio adopted his nickname (‘true eye’) early on. He was a giant figure of his day and set up a successful workshop, where he developed a brilliant crop of painters, including Pietro Perugino, Sandro Botticelli and (famously) Leonardo da Vinci.

Like Leonardo, Verrocchio was a polymath: musician, engineer and goldsmith as well as sculptor, painter and draughtsman. Unfortunately, he suffered damage to his reputation at the hands of the gossipy 16th-century historian Giorgio Vasari, who described his art as “hard and crude, since it was the product of unremitting study rather than of any natural gift or facility.” 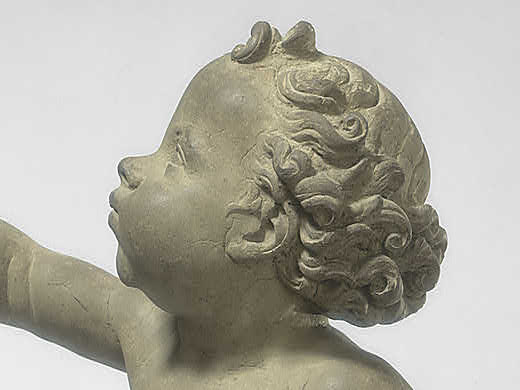 The NGA’s Putto Poised on a Globe (c. 1480) surely sinks Vasari’s snide suggestions. The little figure (a putto is a human toddler, almost always male, often naked and sometimes with wings, found especially in Italian Renaissance and Baroque art), is full of fun and fervent movement. He’s balanced on one leg, with the other stretched out behind and arms splayed too. This dynamic, star-shaped pose is really remarkable for a date so early in the Renaissance. It’s a position wrought fully in space, inviting observation from every, interesting angle. It’s also frankly flabbergasting that the limbs have survived attached and intact for more than 500 years, since this is a made of unfired clay. 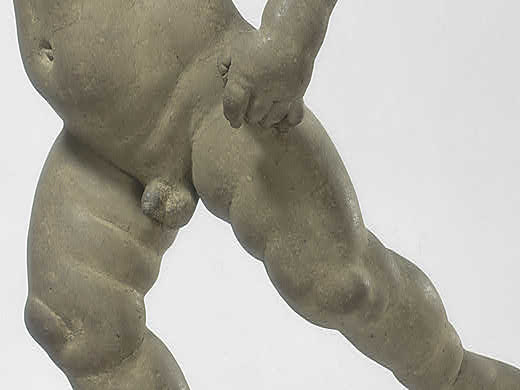 This putto might have served as a model for a bronze fountain figure. But what’s so great about this rough and ready practice piece is that you really can imagine the artist manually manipulating the clay to bring about this fantastic little anatomy. It’s infant-like in the extreme: rolls of flesh on the arms and thighs, piggy toes and a protruding belly. The cheeks are so round they’re begging to be pinched and the lot is topped off with a thatch of the most buoyant, bending, luscious locks I’ve seen thus far at the NGA. Not a jot of the “hard and crude” that Vasari found to criticize, if you ask me.

And of course he’s standing on a globe, which brings us back to Earth Day with a bump. Recently, a woman berated me at the gym for not having turned my shower faucet fully off (it was still dripping water, ever so slightly). Honestly, I welcomed her care in commenting, since it showed an awareness and a desire-for-action on earth issues. We all need to remember that every day is Earth Day: what good habits will you get into today? 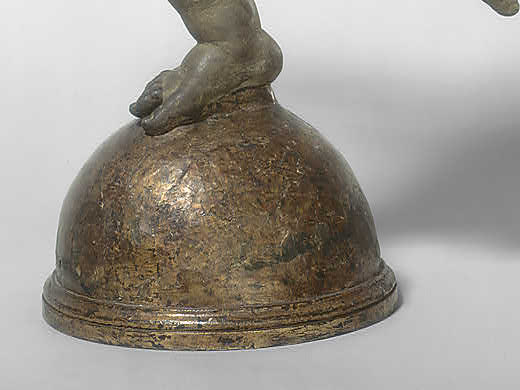