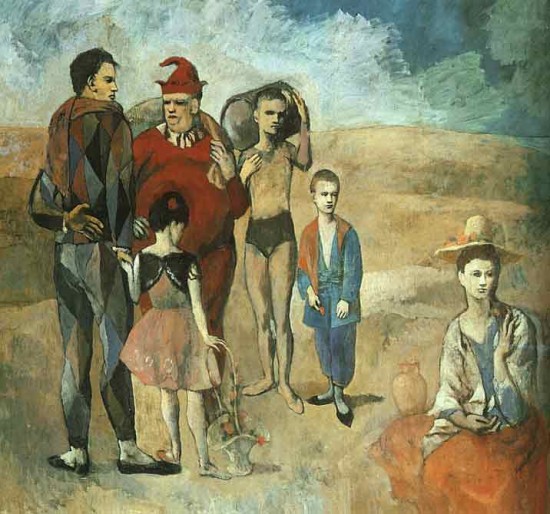 Roll up! Roll up! The circus is back into town! But you’d better forget all about the traditional big top, with its tail-wearing ringmaster, smattering of clowns splattering water and the mangy tiger whipped into standing on a stool. Because it looks like the circus, in its 2010 incarnation, is edgier, grittier and far more glamorous than ever before.

These days, rather than an alligator wrestler and a snake charmer, you’re likely to find a whole host of new, unexpected, intoxicating characters. Like Ukrainian Yulia Pikhtina, whose turns the ancient art of hula hooping into a spectacular display that’s both erotic and exotic. She’s performing with the award-winning troupe La Clique, which is putting a whole new spin on a big night in the ‘big tent’. La Clique has performed sold-out seasons in Sydney, Melbourne, Montreal, Dublin, New York and Edinburgh, and is now in an extended run in London, where it’s being raved about by critics (‘spellbinding, sexy and stunning’ said Time Out magazine).

With its heady cocktail of cabaret, burlesque, circus sideshow and contemporary variety, shows like La Clique are updating the image of the circus, taking it from fusty and flat to fast and fabulous. Performers like Miss Behave (the last female sword-swallower in the West) and David O’ Mer (combination of wet jeans and awe-inspiring aerial ballet) are making circus sexy again.

One of the greatest celebrators of the circus in art was Pablo Picasso (1881 – 1973), whose prodigious career provides the backbone of 20th-century art. Picasso proved a precocious student, winning art competitions by the age of 15. As a young man, he moved to Barcelona from his native Malaga, before settling in Paris in 1904. This huge painting (213 x 230 cm) is called Family of Saltimbanques (1905) and sees him in the early stages of his career.

We often associate Picasso with clear stages of evolution and innovation and this work signals one of his ‘phases’: from 1904 to 1906 he focussed on the theme of the saltimbanque, or itinerant circus performer. There was already a long tradition in art and literature of looking at the circus and its performers, but Picasso also got inspiration from the Cirque Médrano, which was near his home in Montmartre. The painting shows repeated re-workings as Picasso added figures and altered the composition. The blotchy sky and desolate landscape are patched in with blocky brushwork. The composition is asymmetrical and yet appears balanced, the middle-ground huddle on the left countered by the foreground figure on the right. The colors are muted and melodious, a sparse mix of beiges, blues, roses and reds. 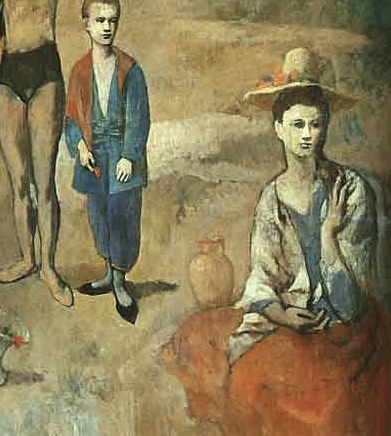 What makes this picture memorable is the moment you realize that each figure is totally psychologically isolated from the others, and from the viewer. In his circus (or rose) period (1904 – 1906), Picasso eased up on the pungent pathos of his earlier blue period (1901 – 1904). But this painting (considered the masterpiece of this phase), is filled with a mood of extreme introspection and sad contemplation. Circus performers were regarded as social outsiders, and it’s suggested Picasso identified with the alienation they felt (his critical and financial success only came later). As such, Family of Saltimbanques may stand as an autobiographical image of Picasso and his circle.

A recent book called Freaks and Fire: The Underground Reinvention of Circus (J. Dee Hill) describes the anarchic, creative world of the contemporary circus, beyond the historical confines of Ringling Bros. and the über-kitsch of Cirque du Soleil. Who knows, if it weren’t for Picasso’s powerful note of warning, we might all actually be pretty tempted to run away with the circus someday. 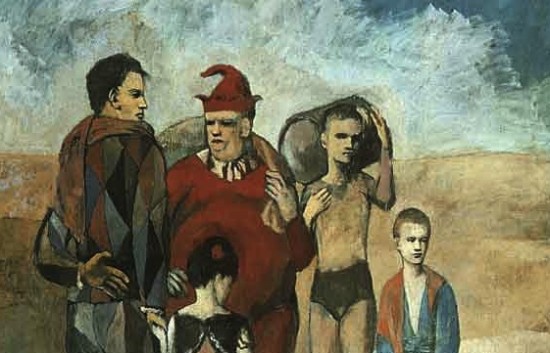 One thought on “Circus Freak”