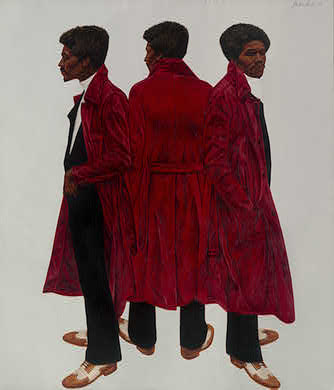 I remember a conversation I had with a guy at my college at Cambridge. It was late in the summer term and everyone’s exams were right around the corner. This person had been a serious partier throughout his three years at university (always in the bar, never behind his books), so was totally tense about sitting his finals. Here’s the surprising solution he’d thought up: put on his best suit, sharpest tie and shine his shoes for each of his exams. Now, I’d not recommend this dressing ritual as any sort of revision tactic (this guy ended up with a low 2:2), but it does reveal trust in the transformative power of a fantastic suit. I saw this also when teaching in schools, where occasionally there’d be non-uniform days. The kids would come in wearing scruffy jeans, too-tight tops and huge hoodies, and there’d be a definite decline in their discipline and focus.

Dressing sharp sharpens the mind, no doubt about it. And where the suit is concerned, there’s a new cool attached to this old-school garment. Savile Row in London’s Mayfair, the traditional haunt for men’s bespoke tailoring, is now attracting a younger, more style conscious clientele, all converted to the allure of slick sartorial shape. Whereas before, a suit might have been baggy, basic office attire, now it can be clean, uncluttered, elegant and up-to-date. 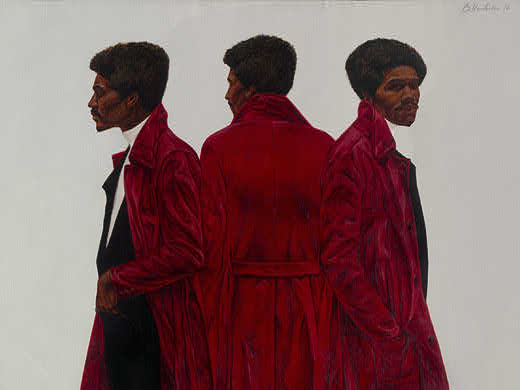 There’s a super sharp dresser in the NGA’s collection called Sir Charles, Alias Willie Harris (1972) by Barkley Leonnard Hendricks (b. 1945). Hendricks is an African American painter, who studied at the Pennsylvania Academy of Fine Arts in the 1960s, and at Yale’s School of Fine Arts in the early 1970s. Since 1972 Hendricks has taught at Connecticut College in New London. He is famed for realist portraits like this, which he still exhibits to this day. 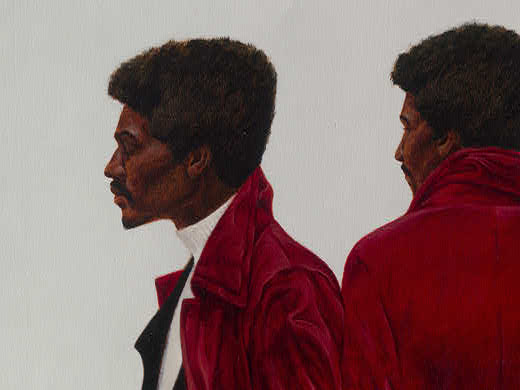 This work portrays a triple image of its single subject, as if in time-lapse. Sir Charles adopts different attitudes in his three simultaneous incarnations: he’s eyes-tight-shut on the left, with his back to us in the centre and and gazing into space on the right. The painting (in oil on canvas) presents the subject as over life size (214 x 183 cm overall), which means he cuts a serious dash. 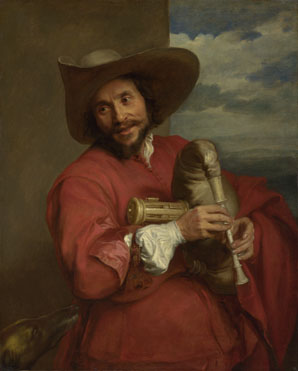 See how the work is tailored to offer precise and clean detail. Hendricks often places his subjects in front of a flat and monochrome field, which sharpens and needles our focus onto the individuals he paints. Hendricks has said that a portrait by the Flemish master Anthony van Dyck (which he saw during a visit to the National Gallery in London of Art in 1966) partly inspired this picture. Others have compared Sir Charles to the iconic three graces, which are the (usually female) artistic muses as portrayed by European old masters such as Botticelli and Rubens. Their positions usually approximate those of Sir Charles here. 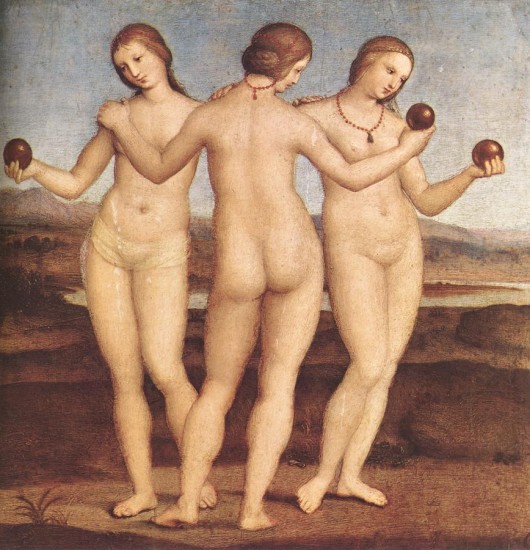 In any case, the most salient and sharp muse for Hendricks must surely have been his own life and times: this figure is an icon of 1970s fashion and pop culture. The huge pointed collar, tight white turtle neck, slightly flared trousers and natty shoes all signal savvy dressing of the era. But the triple-exposure and plain background does more than bring us into the suit: it’s also about personal presence and a the assertion of black identity in the generation following the civil rights era.

Hendricks has seamlessly stitched together his ideas here: the man and his self-presentation become one. He seems to be saying that a suit puts you in a certain frame of mind and can get you the respect and results you’re after. 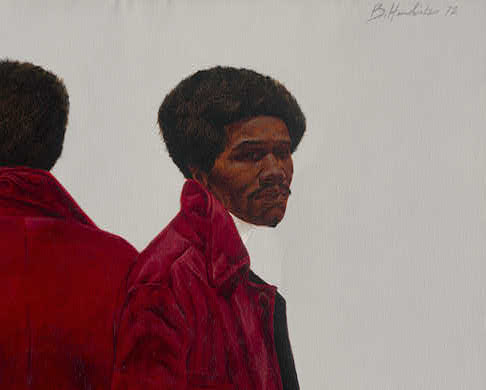