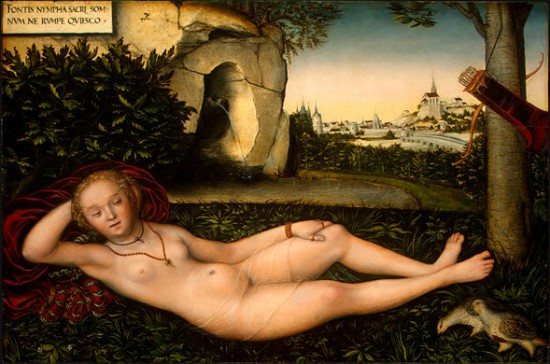 A few days ago, my Mum brought up the male readers of this blog, clearly concerned that my coverage might occasionally cater more to female followers. I definitely don’t want to alienate anyone, so today’s entry is specially designed with my much-appreciated male readers in mind. (You’ve got my Mum to thank for this one, gentlemen). 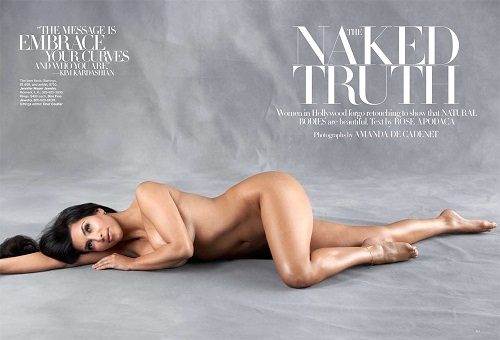 You may have heard the recent hype and hoopla that surrounded the unveiling of an un-airbrushed Kim Kardashian in the May issue of US Harper’s Bazaar. Kardashian ditched digital retouching as a way to convey her ‘all-natural’ body beautiful. Bodaceously curvaceous, Kim has long been a poster girl for the anti-size zero campaign and the photo, which shows her lying on the floor against a grey backdrop, does much to commend a fuller figure in an ‘untouched’ state. Of the process, she said: “It’s definitely scary, but it’s very liberating… I think the message is to embrace your curves and who you are. I feel proud if young girls look up to me and say, I’m curvy and I’m proud of it now.”

The artist at the NGA coming instantly to mind is Lucas Cranach the Elder (1472 – 1553). Since he was particularly fond of the odd erotic and coquettish nude, he would no doubt have heartily approved of Kardashian’s decision to display her flesh. Cranach took his name from his birthplace, the Franconian town of Kronach, which was part of the bishopric of Bamberg. He became one of the most successful and innovative artists of the Northern Renaissance, having been taught initially by his father. He ran a flourishing studio and became truly successful in Wittenberg, where he worked as court painter to Frederick III (the Wise). Cranach was also friends with Martin Luther, becoming known as the official artist of the Lutheran Reformation. 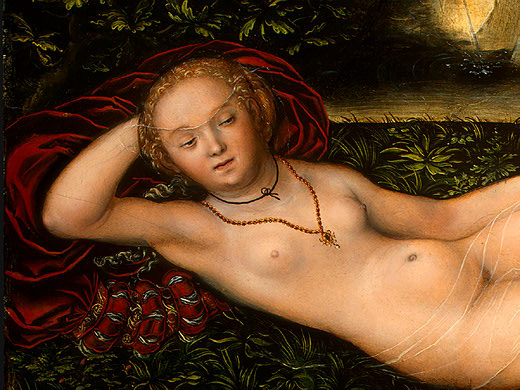 This Nymph of the Spring (after 1537) is painted in oil on panel (wood). The secluded setting shows Cranach’s fascination with the old forests and romantic vistas of Germany: here he shows a small clearing thicketed with dense leaves and a small town atop a hill top in the distance. But who honestly is still looking at the setting? At the time, this sort of sensual nude was highly sought after, since they had little precedent in either Italian or northern European art. Even leaving her nakedness aside, she’s unlike the sinewy, attenuated women we might associate with Gothic art and instead is plump, plush and enticingly fleshy. Her body spans the length of the picture, artfully draped over the forest floor. She’s adorned with jewelry and the robe she’s resting on is that of a German court lady. 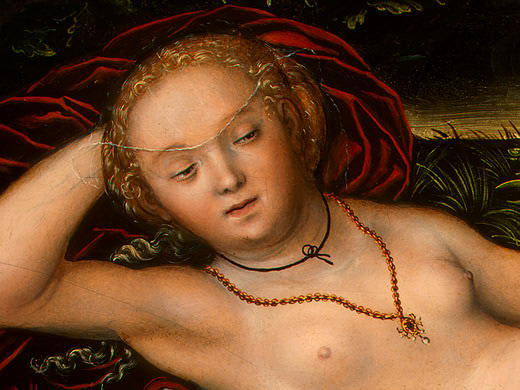 But there’s a slight sting on the tail of this titillating picture, in the moralizing twist that Cranach brings in. She’s reclining beside a spring, which might reference a famed ancient Roman fountain that was associated with a verse, which was translated by Alexander Pope in 1725:

Nymph of the grot, these springs I keep,

And to the murmurs of these waters sleep; 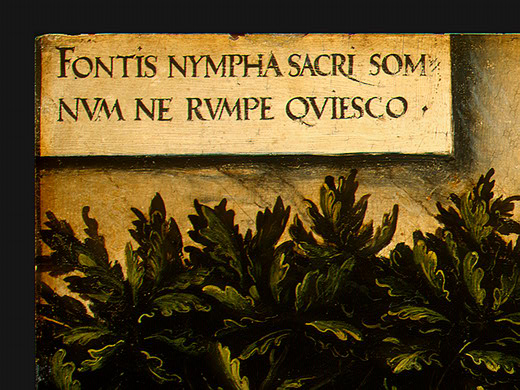 This poem greatly influenced Italian Renaissance garden design, which developed to incorporate fountains and grottos, complete with attendant sculpted nymphs, where mischievous deeds could occasionally be done. Cranach writes an inscription into his painting, which might allude to that earlier poem: “I am the nymph of the sacred spring, do not disturb my sleep. I am resting.” Now, it seems to me this nymph isn’t asleep; rather she’s admiring herself through lowered lids. And it seems that Cranach is simultaneously enticing and fending off his voracious viewers. Gentleman, what do you reckon? 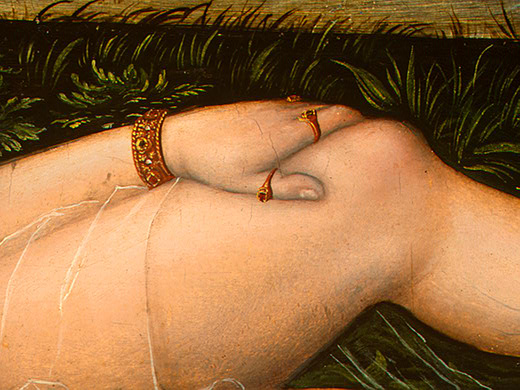 3 thoughts on “The New Nude”