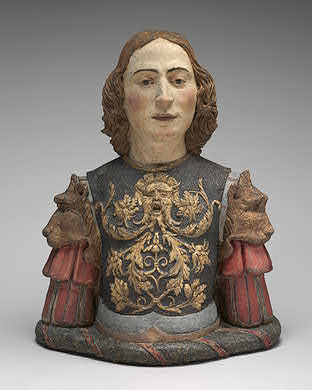 The New York Times Style supplement said last week that “the world is sick of women trying too hard.” It’s true we’re accustomed to seeing caked-on faces in all sorts of places, from the red carpet to the faked, baked beaches of the reality show Jersey Shore. Style says that now, a “slacker beauty standard” is starting up, as seen in the loucher, looser faces on recent runways (Marc Jacobs, Proenza Shouler and Alexander Wang) and stripped-down models like Kate Moss and Tati Cotliar, who have long done a lot to lick the less-is-more look. 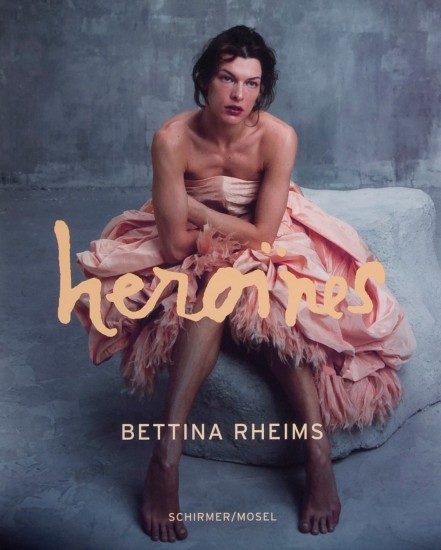 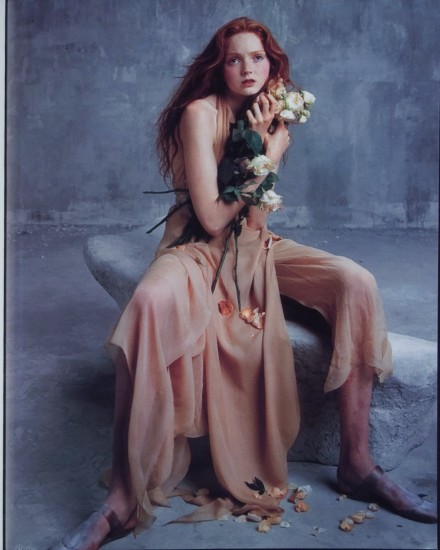 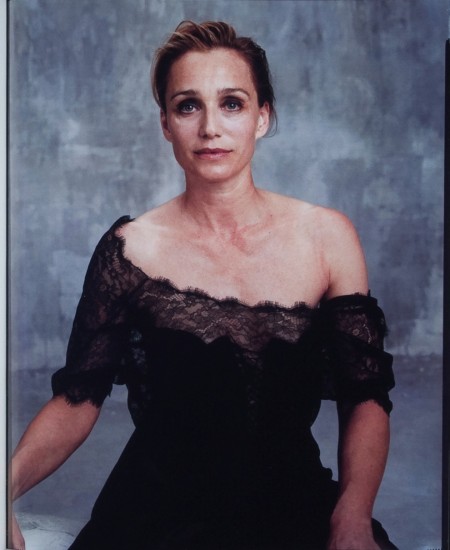 Certainly, stripping off the slap is welcome in our times but when it comes to this bust at the NGA, it’s a (rare) case of more-is-more. This is A Man in Armor (c.1550), by a Bolognese sculptor called Vincenzo Onofri (active c. 1502 – 1524). Little is known about Onofri, beyond that he worked mainly in terracotta (Italian for ‘baked earth’, a clay-based unglazed ceramic), which he painted and gilded for display. The fact that the paint surface has survived all the way to this day is perhaps the single most thrilling thing about this sculpture. Terracottas were often coated like this, but more often than not over time the layers are rubbed off and lost before we can lay eyes on them. 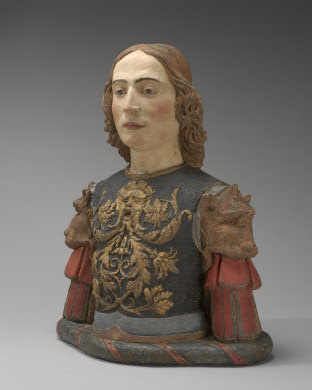 This is an official portrait showing the sitter in military garb, though I think the artist has embellished a more basic, real-life uniform to the point of fantasy and, frankly, frippery. See the tawny lions, alert under their shaggy brows, chomping down on the upper biceps. Sizable skirted pleats in a blood red color fold down over the arms. The ebullient gilded patterning that traces across the dotted, deep-blue breastplate glows (and that small, gaping face offers a chuckle-some counterpoint to the serious sitter).

Of course it’s the face we’re scrutinizing here: it might look ‘made-up’ today, but offers an unusual insight into the intended (original) appearance of the work. The complexion is smooth and creamy, brushed blemish free. The dark eyebrows are tweaked and tweezered into elegant lines. And check out the pout! His lips offer a ‘pop’ of color most make-up artists would be proud of. Finally, that flush on his cheeks is no natural glow: I suspect liberal, swirling movements of the blusher brush.

I’ve read about Rheims that the thing she’s looking to lock down in her photographs is a sense of delicacy and vulnerability. Once a face is more exposed, there emerges humanity and break-ability, the sense that someone “can let go and be fragile, and not be reproved.” With this bust, it’s a case of best face forward for this sitter, who wants to present a commanding image to the world. But here, all the paint and coloring we’ve been seeing isn’t about ‘make-up’ so to speak, but rather aimed at making him look real and life-like. Which just goes to show that the ‘natural’ look, which sees a person at their most authentic, is always going to be the best. 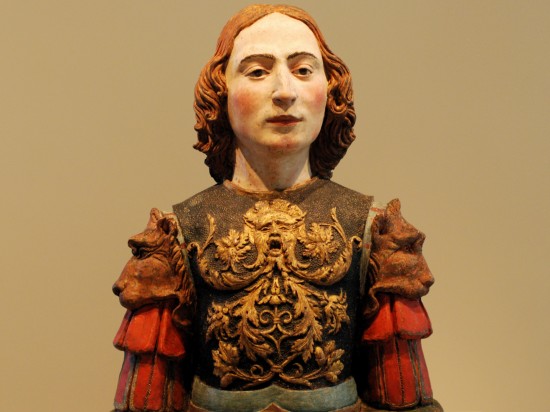