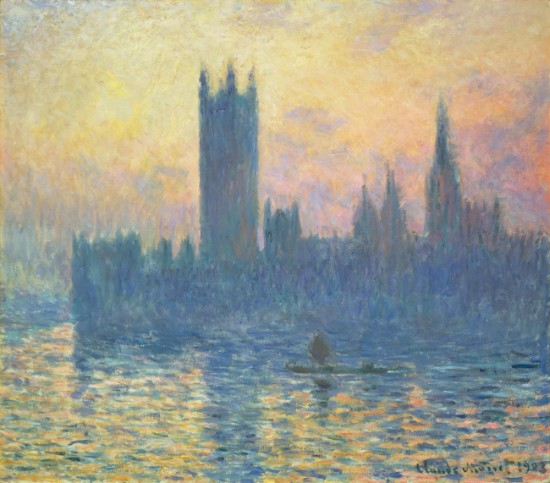 Today’s general election in the UK promises to be exciting: 40% of voters are still undecided as to the way they’ll sway and none of the three main party leaders have headed a general election campaign before. So it was that when Gordon Brown (Labour), David Cameron (Conservative) and Nick Clegg (Liberal Democrat) set out on their official campaigns almost a month ago, it was all to play for. 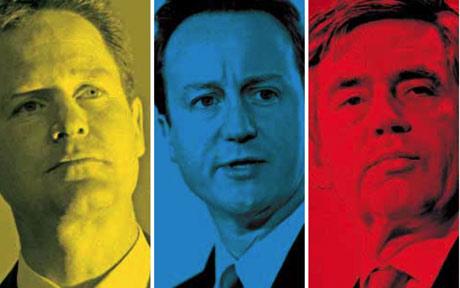 Now, you don’t come here for political reportage, but in honor of the election I’m going to take a themed, cultural approach to campaign analysis. This is what struck me while looking at this painting, called Houses of Parliament, Sunset (1903), by Claude Monet (1840 – 1926): crafting a political campaign isn’t unlike painting a picture. Both are about image-making in one way or another: a painting builds a message through symbolism, or beauty, etc. while political campaigning is about outlining and filling in what your party stands for and what your government will look like. Let’s see if some of the same analysis principles apply.

In terms of technique and materials, Monet uses oils thickly on canvas, so that his surface ends up rippled with ridges of pigment. His is an agitated brushstroke that dabs, darts and dots across the canvas. Brown, Cameron and Clegg have all been broad in their take-up of a clutch of new campaign materials: as well as past-it pamphleting and posters, it’s the first time they’ve all engaged in TV debates. Sarah Brown has a Twitter account and fund raising online has taken off. 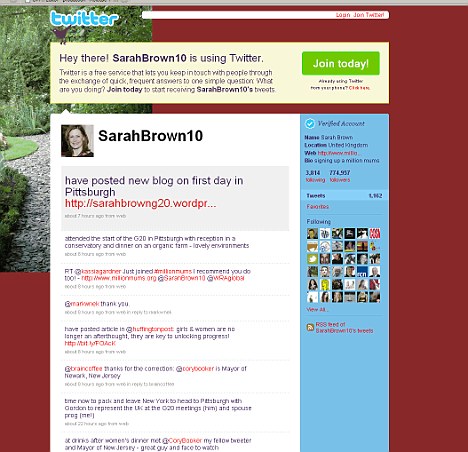 As regards realism, Monet was keen to accurately capture transient natural effects. He’d plonk his easel outdoors, onsite, to chart rapidly shifting light conditions. Here, he’s timed it so that a dark silhouette surges before a fog-muddled sky. As in paint, UK politics often aims to make its leaders to look “real”. Cue Cameron riding a bike wherever he can, or chomping on fish ‘n’ chips in Cumbria. Brown got popular women’s weekly Grazia to see him engage in buddy banter with co-workers and a ‘regular Dad’ act at home. 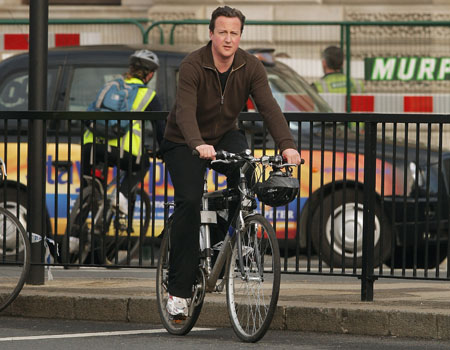 Aesthetics in art are about what makes it look attractive to the eye. It’s the colors in Monet’s painting that make it enchanting, squelching through mauve, pink, salmon and yolk off the blended, indigo backs of the buildings. The level band of the building stands against the soaring turrets in a readable, stable scene. Looks usually play a part in politics, but who would have expected Samantha Cameron’s dark-painted toenails (as compared to Sarah Brown’s odd, unpainted ones), to enter the debate? And was David Cameron’s off-duty outfit worn one weekend really that bad?

Of course, as is often the case, the circus of a campaign can cloud actual party policies, or boil them down to sayable soundbites. But just as the meaning is often the most meaty element of an art work, it is the essence of any political proposal. I often wonder how many voters carry a clear-cut idea of specific party intentions. At least in Monet the objective is obvious: it’s one of over 100 Thames pictures he painted, all geared quite simply to pinning down in paint the passing, breath-taking quality of light. 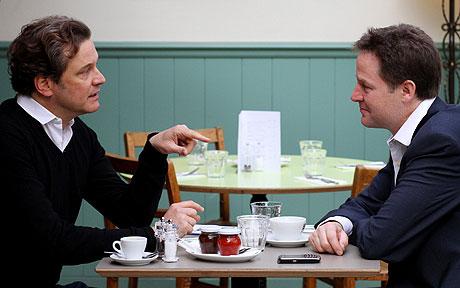 Lastly, let’s look at patronage, because it’s important in politics who’s on your side. Nick Clegg has gathered a gaggle of actors around him (from Colin Firth to Daniel Radcliffe), who are being labeled the Lib Dem luvvies. It was a coup when Simon Cowell said he’d vote Conservative. And all three leaders have been chasing the middle-aged mums vote, apparently. In the case of Monet, this work emerged sans patron, as part of a self-driven ‘series’ project.

In conclusion: perhaps this is why I’m better with pictures than politics: what you see is what you get. 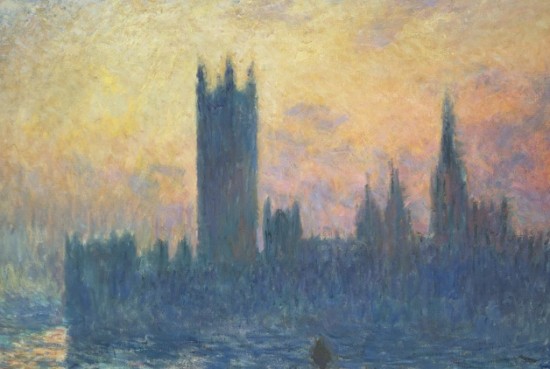 One thought on “Painting Campaign”