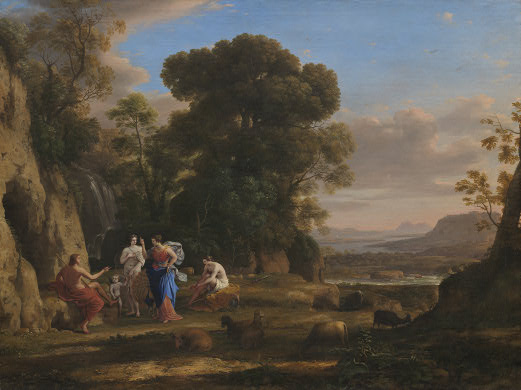 “D’you wanna be on top?” That’s the pressing question model and TV host Tyra Banks drones out over and over on the opening sequence of her show America’s Next Top Model. Now in its fourteenth cycle, the ANTM machine is well-oiled: each season, 13 or so hopefuls from across the country get the chance to prove they “have what it takes” to become a model. The girls compete in photo-shoots and other taxing tasks and appear each week before a panel of judges, to be culled one by one before a winner is crowned. 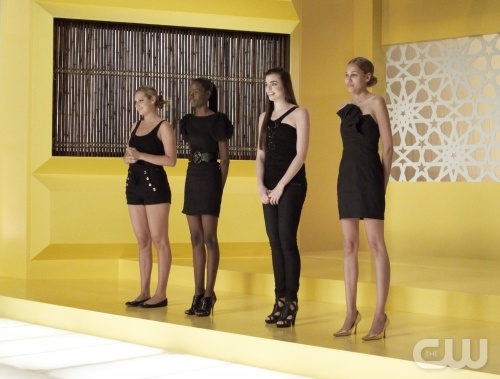 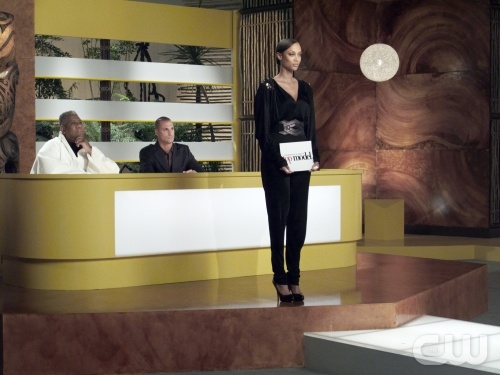 Today’s painting is about a beauty contest too: it’s The Judgment of Paris, (1645) by the French painter Claude Gellée (also known as Claude Lorraine, after his birthplace in northeastern France). Like Nicolas Poussin, another important French painter of the 17th century, Claude (c. 1605 – 1682) spent most of his career in Rome, though his work was much sought after in France and elsewhere in Europe. During the 17th century, Italy was still the place to be for an ambitious artist, though the balance of power would shift to France at the end of the century. 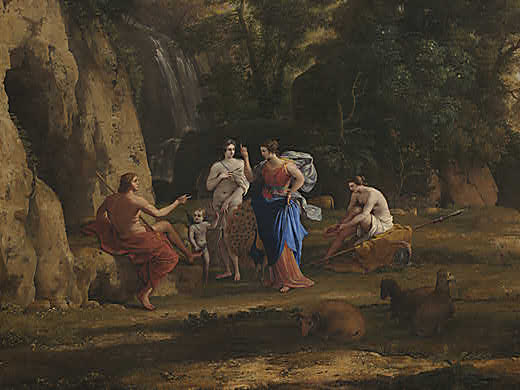 The beauty battle I mentioned earlier takes place to the left of this picture: the Judgement of Paris is of course one of the best-known Greek myths, and this sort of mythological/ allegorical subject was popular with sophisticated patrons during the Baroque period. The story goes that the goddess Strife threw a golden apple marked “for the fairest” amidst the gods, and Jupiter selected a Trojan shepherd called Paris to award it. Bribery is brought into the tale as each of the goddesses brings a gift in hopes of influencing Paris’s decision. So here we see Minerva with a spear at her side, offering him victories in war. Juno comes with a regal peacock, and a promise to make Paris ruler of the world. Lastly Venus, who’s accompanied by Cupid, proffers “the most beautiful woman in the world” as her gift. Paris gives into lust and love and chooses Venus to win, and is led to Helen of Sparta, so precipitating the Trojan War.

While the Judgement is billed as the ‘subject’ of this painting, it’s clear that, with the figures relegated to a corner, Claude’s lasting interest was landscape. Indeed, he goes down in art history as the supreme exponent of the ideal landscape, and here his vision is free from the imperfections of the real world. See how he guides our eye through a parade of interlocked planes, from the tree-trunk at the extreme edge in the right foreground, to the green trees in the middle ground, the river beyond and the mountains merged into air. 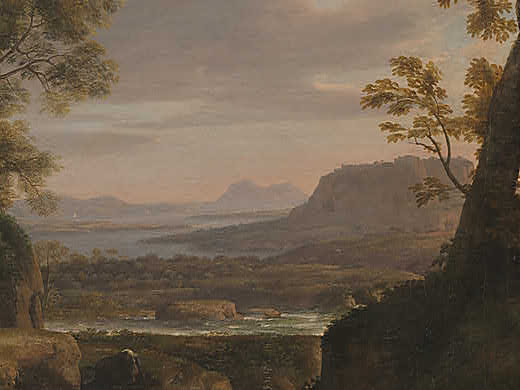 There’s a grandeur to this setting that casts back to the dignity and directness of the High Renaissance and sits well with this kind of classical tale. Claude’s version of the Italian countryside is caressed with an energetic eye for natural detail. The graceful suffusion of the scene with light, the vaporous haziness in the distance, and the careful construction of a ‘balanced’ place all look forward to the ethereal, dream-like quality Claude evolved in his later career.

In his own lifetime and for generations afterwards, Claude was considered as the greatest of all landscape painters. During the 18th and 19th centuries his work was especially esteemed in England, with Turner (from yesterday) among his ardent admirers. Perhaps Claude, in his focus on landscapes alone had the soundest judgement of them all: he chose the timeless beauty of the natural world as the one that should for ever reign supreme. 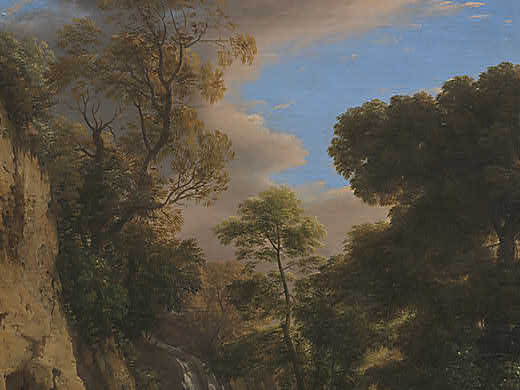