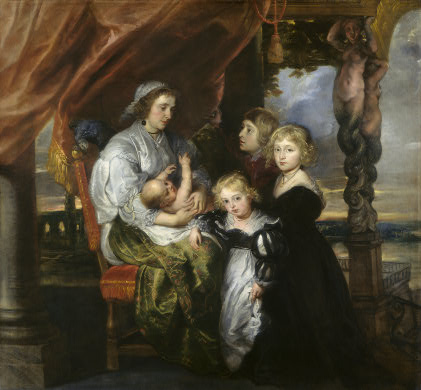 Last week, the Mexican President Felipe Calderon made a bee-line for a retrospective of Mexican artist Frida Kahlo’s work at the Martin Gropius Bau museum while on a state visit to Berlin. He took the moment to take some photos on front of a picture with his wife and the Berlin Mayor Klaus Wowereit. 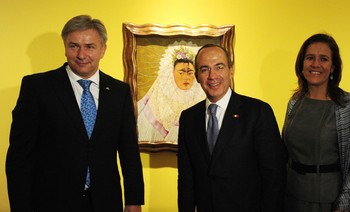 The potential for the presence of art in diplomacy is great. It’s why the NGA just announced a program to build relations with cultural institutions in other countries through channels of shared scholarship and artworks. It’s also why there was so much interest in the Obamas’ selection of art for their living and office areas last year. At the time, White House decorator Michael Smith said that the aim was to offer the Obamas “the best of America.” But that didn’t stop people scouring the selection for clues about the roles of race, gender and culture in the current administration. One of the chosen artists, Jeri Redcorn, a 69-year-old Native American from Norman, Oklahoma, put plainly what the Presidential pick could mean for people: “a bridge, and a reaching out to other cultures.” She said that having her pottery on a bookshelf in the Oval Office was “a beautiful tribute to the way that my ancestors did things.” 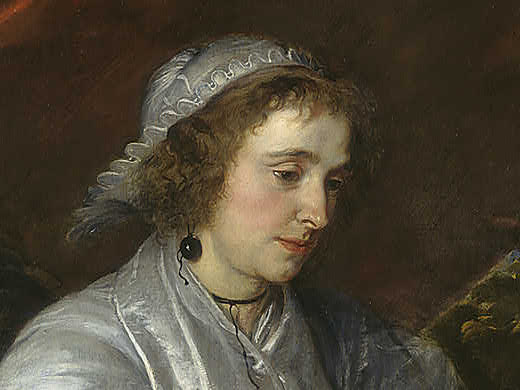 One artist at the NGA accustomed to the role of art in diplomacy was Peter Paul Rubens (1577 – 1640). Rubens had a powerful painting style shaped largely in Italy, where he was based from 1600 – 1608. He was the most influential Baroque artist of northern Europe, with a demand for work that could be satisfied only with a workshop raring with pupils and assistants. 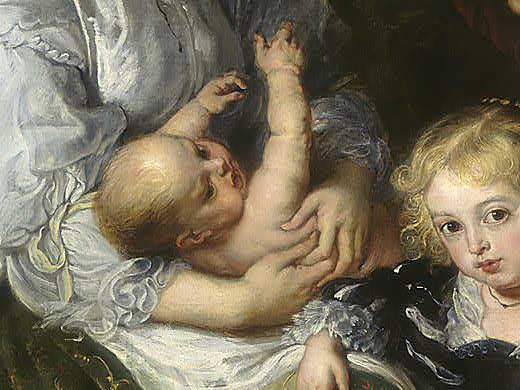 In his lifetime, people called Rubens “prince of painters and painter of princes”, but the fact is he was also mingled with princes. Cultured, traveled and a gifted linguist, Rubens also showed integrity and discretion in personal dealings, so perhaps it’s little surprise he was often called upon for diplomatic missions (which could be carried out under cover of his activities as an artist).

This painting is called Deborah Kip, Wife of Sir Balthasar Gerbier, and Her Children (1629/1630) and was made on one such diplomatic errand. In 1629 Rubens was sent to London, in efforts to secure peace between Spain and England. While there, he was the guest of Balthasar Gerbier, himself a diplomat and an artist. Gerbier’s wife, shown here, was daughter to a well-to-do member of the Dutch community in London. 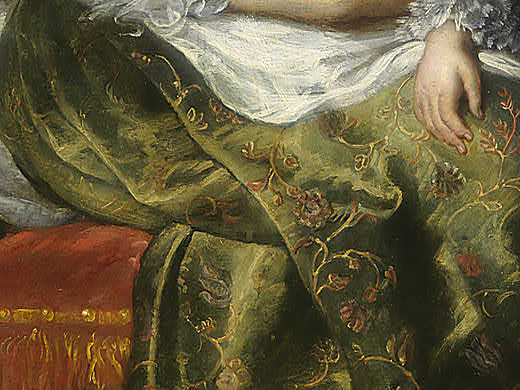 Deborah and four of her children are shown on a terrace that ripples with richness, from the serpentine caryatids who support a bower to the fabulous folds of rich red, tasseled cloth. There’s a lot here that hints at the family’s status: see Deborah’s opulent embroidered skirts, her lush blouse and the fine clothes on the children. Peek at the parrot perched on the back of her chair, an emblem of aristocratic wealth. 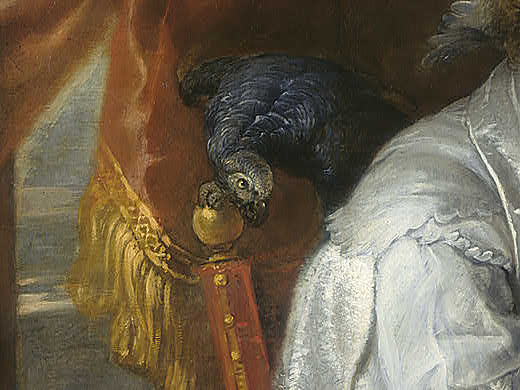 Rubens also meditates on the moral strengths of this little unit: in Christian art, a parrot is seen as a reference to the Virgin Mary, the perfect mother. And there’s a tight-knit, tender bond between the figures: George at the rear gazes up at mum; Elizabeth (in black) and Susan stand serenely at her knee, both returning our gaze. 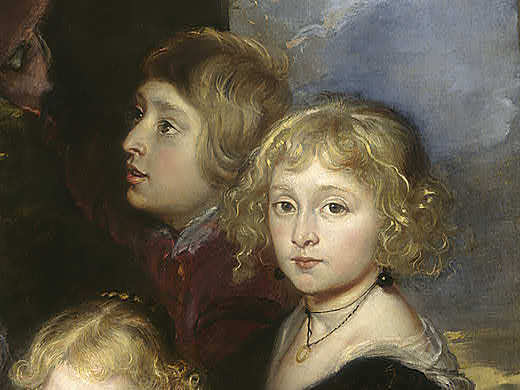 The fact that Rubens keeps the composition in check and limits elaborate extraneous detail focuses our eye on the familial relationship that’s surely the true subject of this portrait. It’s the same acumen, intuition and sensitivity that helped him secure peace between England and Spain (and ultimately knighted by the kings of both countries). 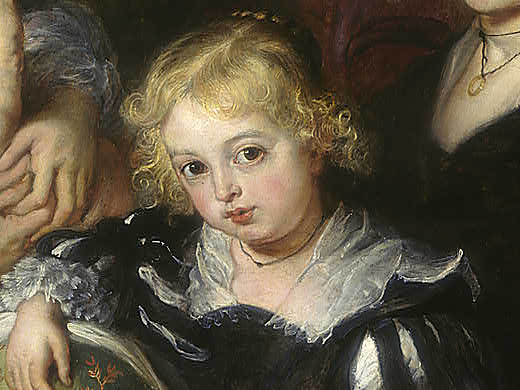