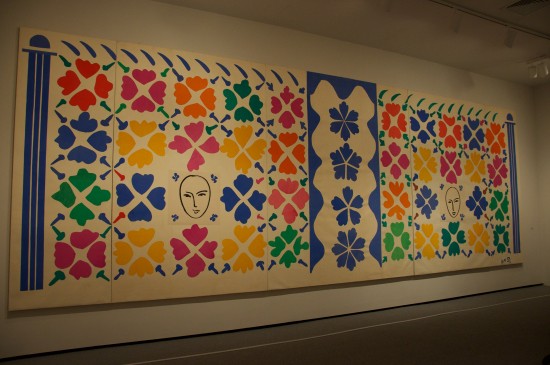 From time to time, there’s a flash of the fact that modern art is everywhere. I’m not talking on the well-watched walls of MoMa, Tate Modern or the East Building of the NGA. Instead, I’m talking everywhere. We’re looking at Henri Matisse today, a man whose fiercely free use of color liberated art at the start of the 20th century, making it OK for artists to not slavishly imitate the appearance of the external world. Frenchman Matisse (1869 – 1954) is a looming-large legend in the annals of art history, whose influence on all sorts of artists is established and impressive. Mark Rothko, much-admired Abstract Expressionist, used to stare for hours at Matisse’s The Red Studio (1911) in the MoMA in New York, until he was moved to tears. 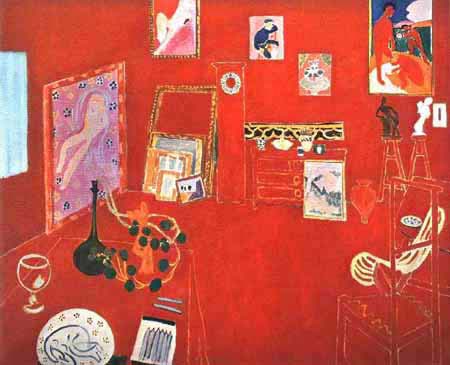 Meanwhile, Matisse has also managed to penetrate places well beyond the art world, especially with his “cut-out” masterpieces. “Cutting-out” was a technique Matisse came up with towards the end of his life, as he was recovering from cancer in the south of France, and at a time when his mobility was diminished due to crippling arthritis. The method is properly called découpage, and involves literally snipping with scissors designs from paper before pasting them onto a blank canvas background. Cutting-out meant that Matisse could continue to “paint” with color (as he’d done all through life), while the selecting, handling and placing of a work’s elements had him behaving almost like a sculptor. 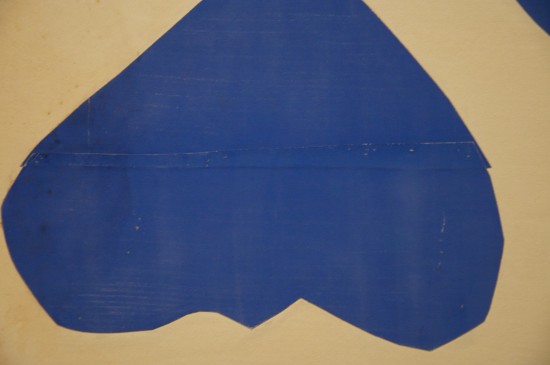 The NGA boasts a small room-full of cut-out masterpieces by Matisse and we’re looking at the biggest today. It’s called Large Composition with Masks (1953) and it’s a huge collage that extends almost the length of the wall. Perhaps the first thing that strikes the eye is the pattern-like pleasure of the overall composition. Matisse’s interaction of simple motifs (masks, flower-like forms, pillar-like pieces, small sailing dashes) all combine to create a rhythmic arrangement. The movement and merriment he manages to muster is carefully designed and entirely thought-through: Matisse once said: “the entire arrangement of my pictures is expressive; the place occupied by my figures, the empty space around them, the proportions, everything has its share…” As well harmony from the placement of forms, the piece hangs together via the vibrantly pure and bright colors. 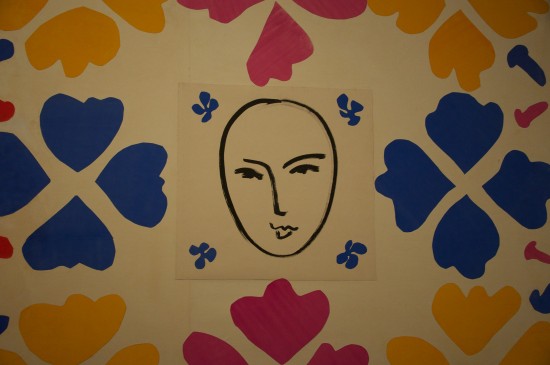 In the decades that followed Matisse’s late cut-out compositions, they’ve influenced a great number of diverse fields, such as advertising, interior design, fashion and illustration. Remember those 2008 ads for the Apple iPod, which showed silhouetted, sinuous dancers against blocks of vivid color? Well, don’t they look suspiciously similar to Matisse’s cut-out Icarus from 1947? 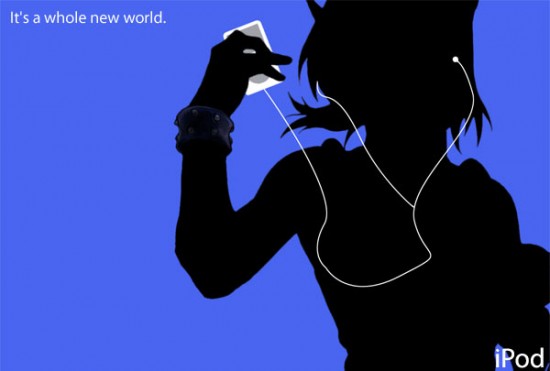 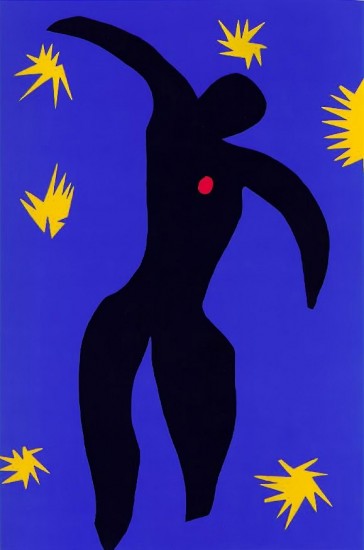 And what about the British designer Paul Smith, who brands Matisse as “the boss of color” for his inimitable ability to make cohesive clashing colors on one canvas. Smith even designed a tie derived from the floating color patches found in the artist’s The Snail (1953). And would you believe it, even marvelous Miffy the Rabbit, star of the best-selling kids’ picture books, took her first-ever footsteps thanks to Matisse! The Dutch artist who designed her, Dick Bruna, claims that Miffy’s clean, uncluttered look came  straight from the cut-outs he saw in Paris after World War II. 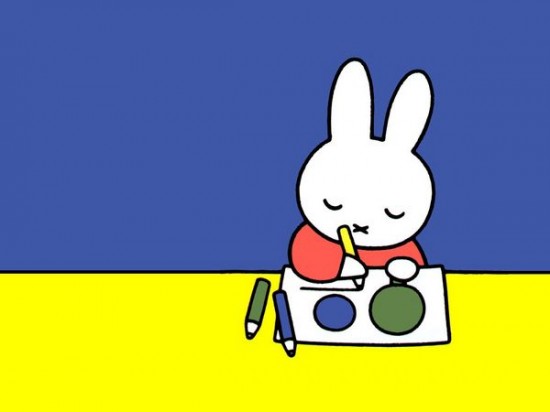 All of this raiding of the cupboard of a recent art icon just proves how deeply modern art is branded on the brain of western culture: it has changed and continues to influence our lives, in the everyday. Seriously, did you ever think it’d be Matisse you’d have to thank for getting you to finally succumb to the iPod?