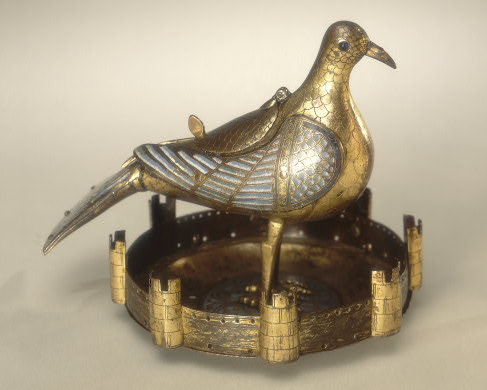 It’s Pentecost, one of the prominent feasts in the Christian liturgical year. The name comes from an old Jewish agricultural festival that took place on the fiftieth (‘pente’ means five) day after Passover. Today can also be called Whitsun, especially in England. Whitsun falls on the seventh sunday after Easter and commemorates the descent of the holy spirit upon Christ’s disciples. After his death, resurrection and ascension, the disciples (now 12 in number, joined by Mathias instead of Judas) met with Mary and others on this day. When they were “all with one accord in one place… there came a sound from heaven as of a rushing mighty wind.” The Gospels describe something like a rush of air as the men each sensed a surge of inspiration: suddenly they felt “cloven tongues like as of fire” which “sat upon each of them.” The story goes on to tell that the disciples were “filled with the Holy Ghost” and were able to speak in such a way that “every man heard them… in his own language.” 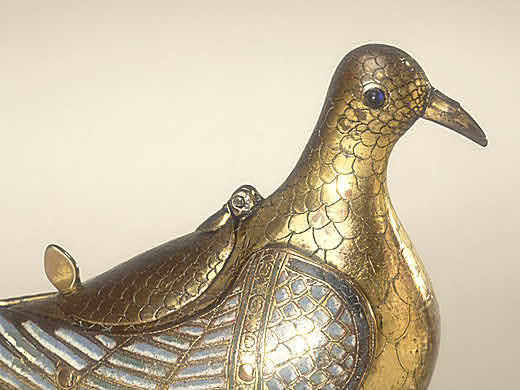 Since the symbol for the holy spirit is often a dove, it was this one in the NGA’s ground-floor galleries that caught my eye. It’s called Pix in the form of a Dove (c. 1220-30) and is attributed rather roughly to a ‘French 13th-century artist’. I was unsure at first as to the meaning of ‘pix’, so here’s what I found out: traditionally a pix was a small, round container used in Catholic and Anglican churches to carry the consecrated host (sacramental bread) to the sick or invalid or anyone otherwise unable to attend church to receive holy communion. The word ‘pix’ can also be used as an art historical term describing small round-lidded boxes designed for any purpose, from antiquity or the middle ages.

It was in late antiquity that the custom developed in the East of shaping little pix vessels as doves, to hang above an altar. I suppose in some cases the dove stayed in situ, not used for conveying communion at all, but rather as an attractive and symbolic container for the host (see the small, openable flap on the back of our dove). The pix-as-dove motif meanders into old French documents, so perhaps the custom was quite common-place. 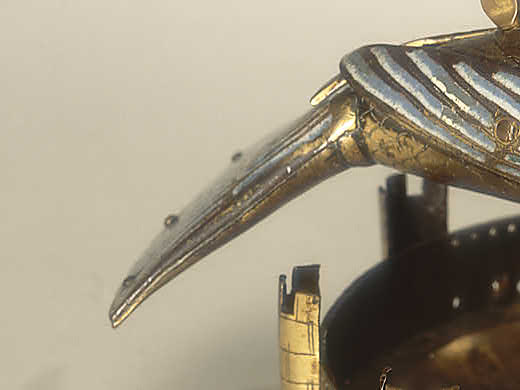 Function and findings aside, this is an enchanting and exquisite thing, hundreds and hundreds of years old. It’s made of gilded copper with enamel and gleams, as if just buffed for use. The surface is intricate, indented and etched (see the scalloped feathers across the neck and breast and the bricks picked out on the miniature base-towers). I can just picture this pix shining inside a dark church interior, surface a-glimmer, bewitching all eyes.

I wanted to write about Whitsun today, not in a strict spirit of religious observance, but rather since the symbolism of the day can have rich resonance for all. The description of the disciples being able to speak “to every man… in his own language” is a meaningful motif, whatever your beliefs. What I take from the story is the simple fact that if an individual, anywhere, honestly strives to understand another, endeavours to ‘speak their language’, then out of that effort community can arise. Certainly, individuality is inevitable and to be cherished (think of the disciples, each with their own flaming spark) but ‘an accord’ between people resides ultimately and only in mutual empathy and understanding.

A dove of course is an emblem of peace. And peace is a thing that can come through communication, to individuals, to communities and to nations alike. 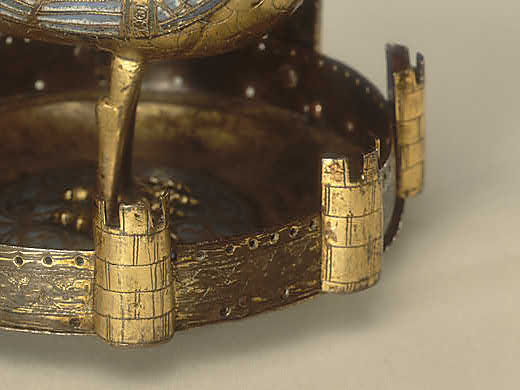