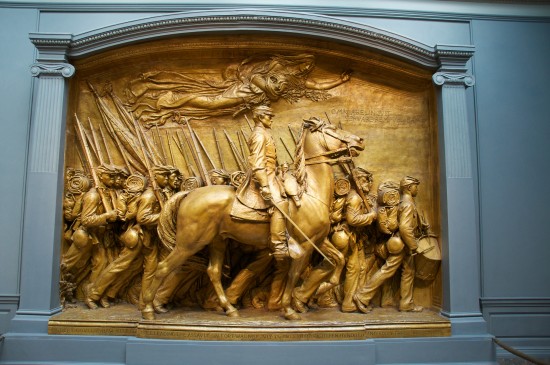 It’s Memorial Day in the States, a federal holiday commemorating US men and women who have fallen in military service. Memorial Day was first enacted to honor Union soldiers of the American Civil War and it’s said that the first one was observed by formerly enslaved black people at the Washington Race Course in Charleston, South Carolina. The place had been used as a Confederate prison for captured Union soldiers, and as a mass grave for Union soldiers who died there. After the halt to hostilities, people exhumed bodies and buried them individually, building a fence around the area and an arch for their Union graveyard. In May 1865, people reported that crowds of thousands gathered at the site for sermons, singing, and a picnic on the grounds. 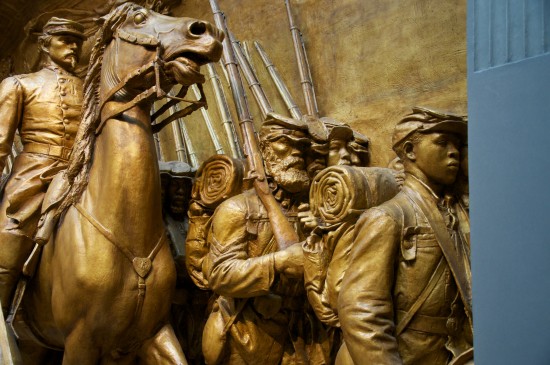 Our work today is one of the most moving in the NGA: it’s called the Shaw Memorial and is one of the greatest American sculptures of the 19th century. It celebrates the sacrifices of the Massachusetts Fifty-fourth Volunteer Infantry and their Colonel Robert Gould Shaw, who died along with half his regiment in an assault on Fort Wagner near Charleston, South Carolina on July 18, 1863. Though the men were defeated, the battle proved a poignant event of powerful symbolic significance, as the Massachusetts Fifty-fourth was one of the first African-American units of the Civil War. 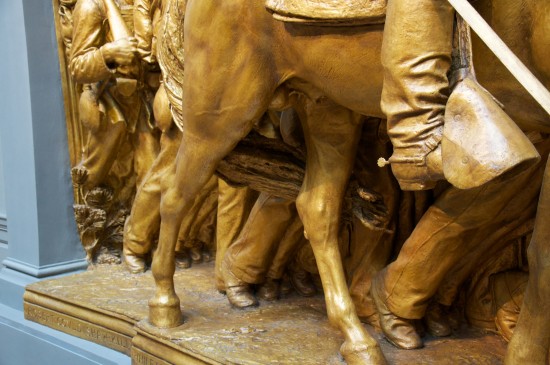 The artist here is Augustus Saint-Gaudens (1848 – 1907) one of America’s foremost sculptors. He was born in Ireland to a French father and Irish mother; the family emigrated to the States when Augustus was a few months old and settled in New York City. After small steps as an apprentice and some classes in art, Saint-Gaudens studied in Paris, becoming one of the first Americans to study sculpture at the Ecole des Beaux-Arts. Saint-Gaudens embarked on a sort of personal pursuit to see this sculpture made when there was unprecedented interest in honoring fallen heroes through the public and permanent medium of sculpture in the aftermath of the Civil War. The artist’s decade of devotion was added to years of public pushing for such a work and culminated in the finest achievement of his career. 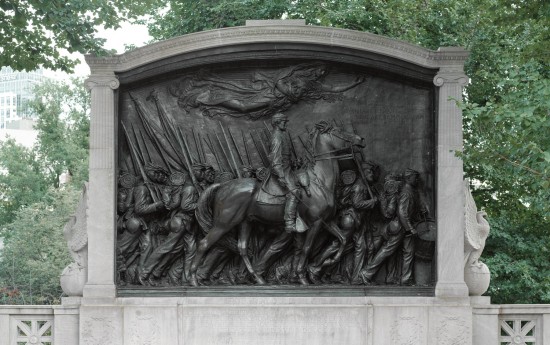 The original bronze (1884 – 1897) is on Boston Common and what the NGA has is a patinated plaster version, the full-size counter-copy that the sculptor worked on even as the original was being installed. He traveled with this piece extensively, the mobile mock-up he could offer to an excited international audience. 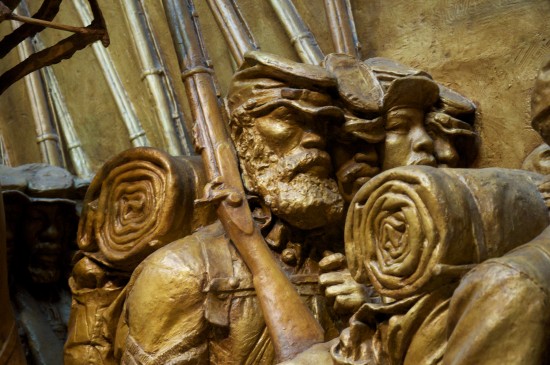 In the NGA you feel the full force of this innovative fusion-piece of grand equestrian sculpture and narrative relief. Packed on top of one another are figures (16 I think), all with faces of fully-finished and individualized features. There’s a level of observation and detail that steeps the image in rough realism (backpacks, bootlaces). 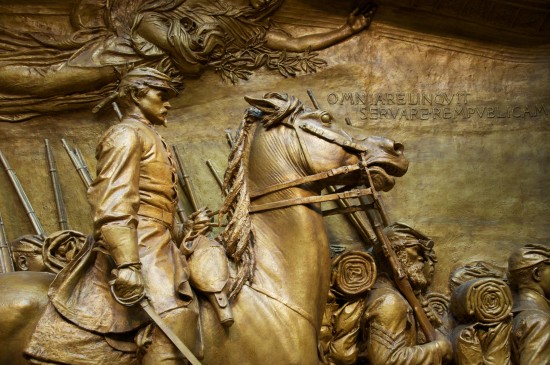 Central, young Shaw sits piston-straight from his hair-tips to his toes. Against his vertical grain drives the forward thrust of the troops: see their diagonal bent, as endless legs cut into the composition with progress-pressing lines. See how Saint-Gaudens balances the messy mass of weapons on the left with the empty air to the right. And the ethereality of that allegorical figure flying above (with an olive branch for peace and poppies for death) contrasts starkly with the physical, palpable soldiers, whose hearts are still hard-beating their chests. 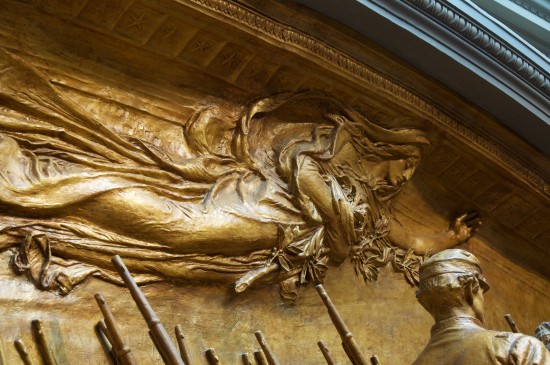 This memorial is mesmerizing: harmonious, yet dynamic, filled with action and yet not awkward. As I stood before it to take my pictures, I could almost hear a beat of drums and the fall of foot. 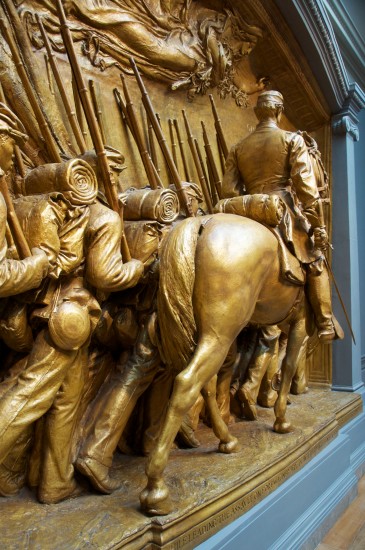