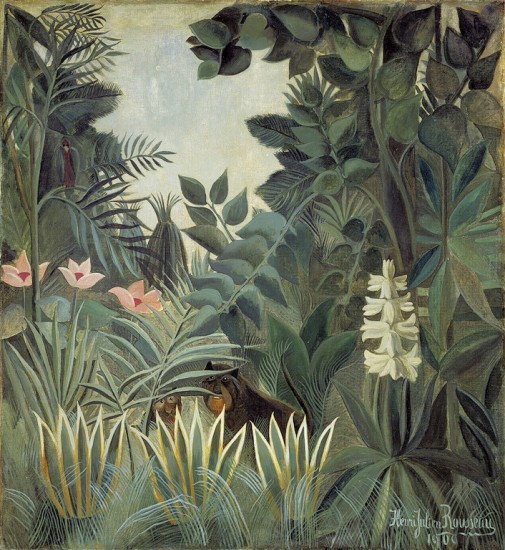 Today is World Environment Day (WED), a global celebration for positive environmental action. It’s been commemorated on 5 June since 1972 and is one of the principal vehicles through which the United Nations stimulates worldwide awareness of the environment and encourages political attention and action. At ground-level, WED aims to enable people to be responsible, and recognize their personal power to be agents of change in support of the globe: organize a neighborhood clean-up, stop using plastic bags, plant a tree, walk to work, start a recycling drive. Click here for more daily ‘do something’ tips.

Rwanda is hosting this year’s core celebrations and 2010’s WED theme is “Many Species. One Planet. One Future.” It’s echoing the urgent call to conserve the diversity of life on the planet and stem the tide of extinction. WED’s conservation action has already managed to bring some species back from the brink of termination, and has restored some vital natural habitats around the world. But today’s World Environment Day is looking to lend fresh energy to the resolve to do much more (and much faster) in the race against extinction.

One artist at the NGA who’d be frenzied at the thought of world habitats withering to death is the Frenchman Henri Rousseau (1844 – 1910), who’s perhaps best-known for his large-scale exotic scenes of wild plant and animal life. His subject-of-choice is all the more note-worthy since (and this despite his claims to the contrary), he never actually left his native country. Rousseau is thought of as a Naive painter, which means he’s (loosely) defined as someone with little or no formal training. And that’s right in the case of Rousseau, who we know spent most of his life working as a tax collector at the Paris tollgates. This earned him the still-sticking nickname Le Douanier (the customs officer). 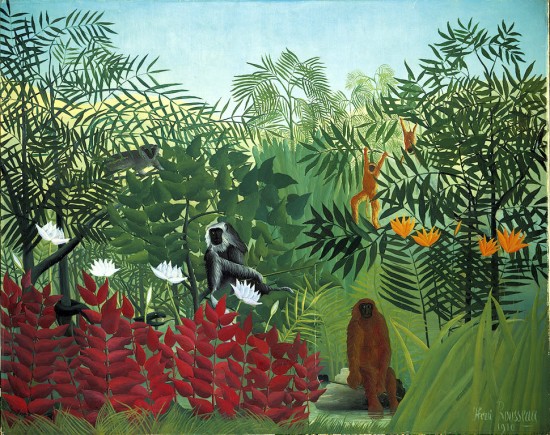 The NGA’s Tropical Forest with Monkeys (1910) and Equatorial Jungle (1909) present the artist’s particular preoccupation with painting exotic places well-beyond his borders (and well-beyond his ken): this tallies with the Naive artist’s tendency to be driven by a subject of especial interest. Our picture for today, the Equatorial Jungle, is a huge lush green-colored fantasy set in a jungle. If Rousseau aimed to emulate academic Salon painters, he was betrayed by his lack of training, which comes trundling through. For a start, the composition is simple and instinctive: amassed, assembled, seeming unstructured. There’s no real scientific perspective either: notice how the foliage actually flattens the space, the 2D leaves overlapping and almost giving an impression of collage. The crowding-with-detail is a dead-giveaway, as is the endearing way he’s nestled his beasties away from sight, perhaps unsure of quite how to paint in paws, paunches and haunches. 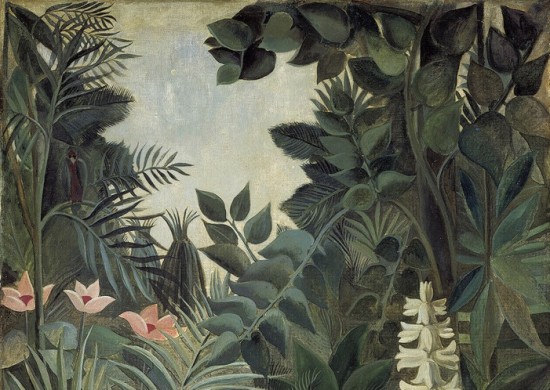 Rousseau had an unshakeable belief in his own talent and exhibited almost yearly at the Salon des Indépendants, the counter-current collective that allowed artists to show outside of the official, academic Salon. And though his work was ridiculed in his own lifetime, he did achieve his life-long aim of having a picture hang in the Louvre, albeit posthumously. A huge step in the right direction for Rousseau came when he was discovered by a young Pablo Picasso, a powerful spotlight that brought a lot of new appreciation his way. And I have to say, I know this scene looks simple and bewilderingly basic, but there’s a childlike straightforwardness and an innocent vitality that’s oddly addictive and absolutely alluring. 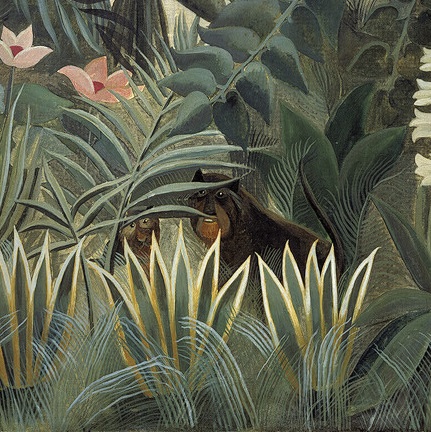