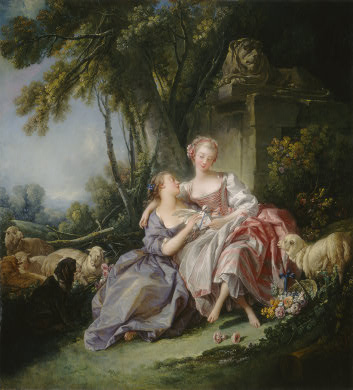 Ever fancied reading out your teenage love letters? Or those squirm-inducing journal squiggles in which you set out to ‘heal the world’? No? Well think again, and get galvanized, because ‘cringe parties’ are all the rage and hitting a hip scene near you. And you’d better be afraid DC residents: one such ‘shame event’ just went down at Town Danceboutique, a trendy club that combines cabaret, lush lounges and a high-energy dance floor. As a 32 year-old gallerist read from her journal about the crushes she’d crashed-and-burned with at summer camp (age 11), the audience squirmed and squealed and shook laughter: “Please, oh God, please make Michael [top crush] like me a little.”

Shame parties have been running riot all over America, ever since LA screen-writer David Nadelberg found “the most atrocious, overreaching letter” to an object of youthful affection and started running Mortified in 2002. Hot-cheeked evenings are selling like hot cakes in London now too, with Cringe (Facebook fan page: ‘Teenage Diary Writers Unite!’). 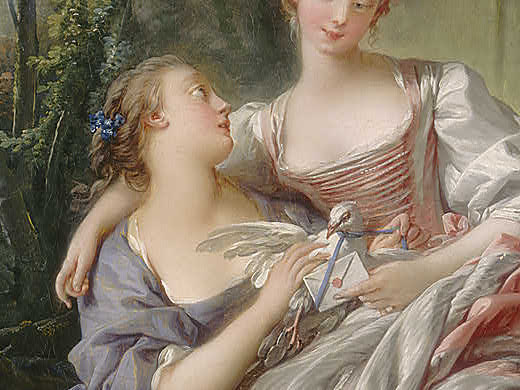 Sharing the shame seems to be about (voluntarily) standing in front of packs of unknown people to enunciate the most blush-bringing extracts from your (typically teen) diary. First bra? French kissing fluster? It’s all good fodder for a night of embarrassment, empathy and lots of laughs. For that sense of intimacy, frisson and fun, we’re turning to Francois Boucher this afternoon, whose Love Letter (1750) hangs at the NGA. Parisian Boucher (1703 – 1770) was one of the highlights of the Rococo period (the light, playful style that dominated the arts for the better part of the 1700s).

This work shows how Boucher would blatantly thrust out sauce and sensuality, a heady hash much-loved in the highest social circles (his first royal commission came in 1735): in fact this very work was commissioned by Madame de Pompadour. Born Jeanne-Antoinette Poisson, the Marquise de Pompadour became the maitress-en-titre to King Louis XV during the 1740s (she stayed as his official mistress long after they’d ceased to share a bed). Madame de Pompadour liked Boucher: he painted her often (the portrait here dates to c. 1758) and she involved him in many an art project. 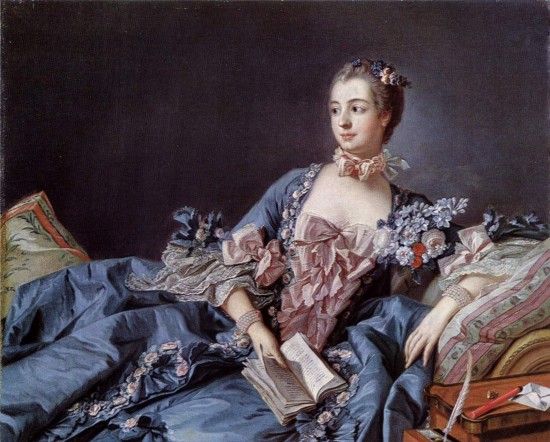 The Love Letter and a companion picture were painted for Pompadour’s chateau at Bellevue. It’s a pastoral idyll (see the sheep flocked around) with a young ‘shepherdess’ about to open (or send? I’m not sure) a love letter. Except she’s not dressed for a root-around in dirt-filled fields, and instead clad in the finest silks. Boucher adored assembling a decorative sense of disorder in draperies: see how the folds of her skirts flow, tumbling like bed sheets. To add to this (intended) mischief, a contemporary audience would certainly have picked up the erotic overtones sounded by those pretty piggy toes peeking out. 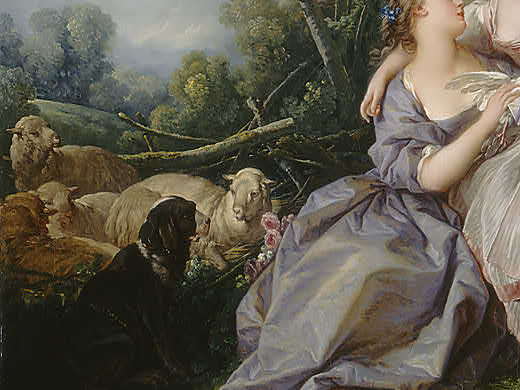 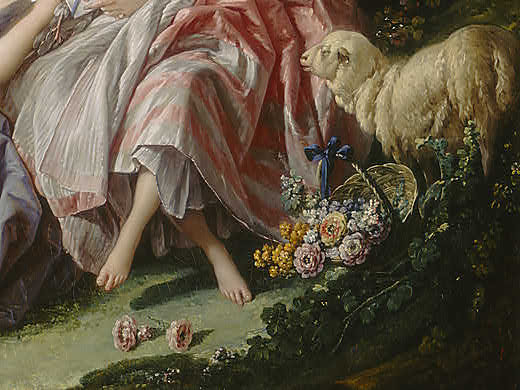 What Boucher was best at was tickling pink the rosy tints of human flesh in his subjects. See how our shepherdess blushes beautifully, an effervescence coating her cheeks, letting us know of some of the scandal that might be on her mind. Herein lies the brilliance of Boucher’s painting, which captures charming colors and then caresses them into a state of sheen and iridescence. So for all his frivolity and focus on fondant fancies, his painterly polish is undeniable.

And here today he suggests that sharing your secrets, however sauce-like or cringe-worthy, can be a communal, enjoyable and (even) therapeutic experience. So dig out your diaries, dear blog readers, and get yourself outing all that teen angst and shame. 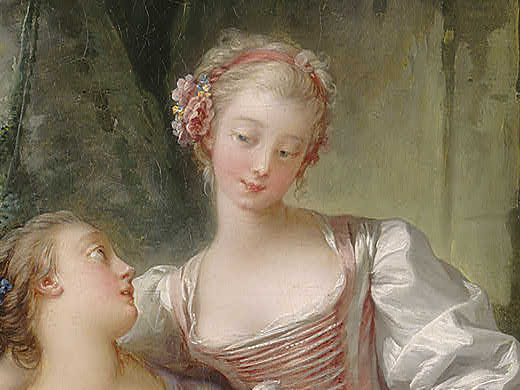