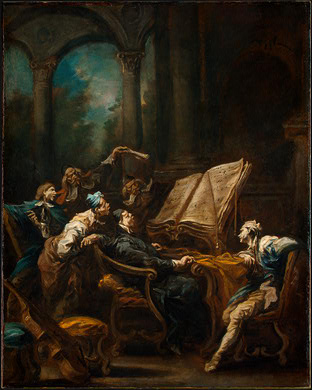 In the car this Tuesday just gone, husband and I heard on the radio that June 8th was the 200th anniversary of the birth of Schumann, German composer, aesthete and music critic. Robert Schumann (1810 – 1856) had started out pursuing a career as a virtuoso pianist (his teacher boosted his belief he’d be the best in Europe after study with him). However, when a hand injury slowed and then stalled Schumann’s chances, he decided to spin his musical energy into composing instead. 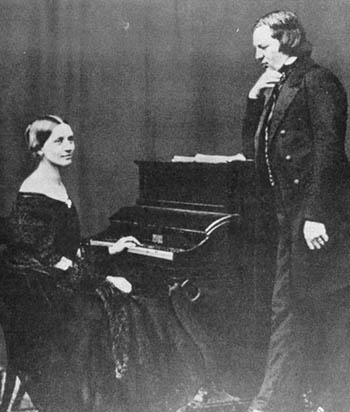 Up to 1840, all Schumann’s published material was written for the piano (showing, I suppose, that early allegiances stay strong). Later though his output bloomed as he wrote symphonies, chamber-work and more. The most noted shift was his turn to voice, as an opera, choral works and over 200 lieder (songs) all trickled from the nib of his pen. Early in life, Schumann started collecting poetry, which began a literary bent that played a big part in his interest in song. 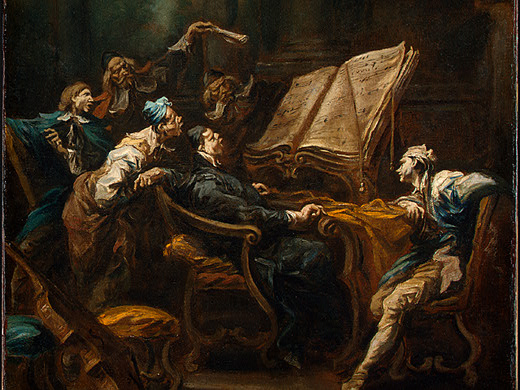 It’s hard to ignore the soaring voices and plonking piano keys coming from this canvas of The Choristers by the Italian Alessandro Magnasco (1677 – 1749). Born in Genoa to a painter, Alessandro was sent to Milan as a young man to learn commerce. But, attracted to life as an artist, he convinced his patron there to cover the costs of an apprenticeship with an esteemed artist in the city (name Filippo Abbiati). This was around 1680: by the 1690s, Magnasco had completed his training and was plying his trade as a portrait painter. 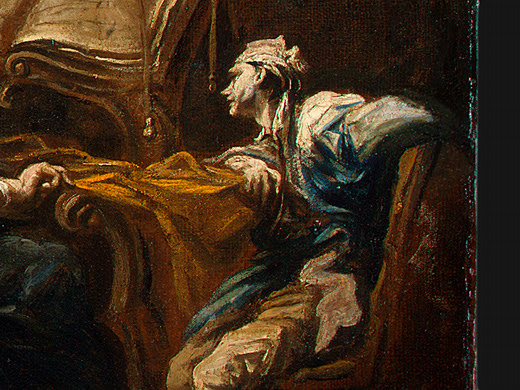 It seems that this phase was short-lived: a good chunk of the artist’s output came to comprise melodramatic landscapes (usually with storm-tossed trees and raggedy rocks) and by 1695 he’d started capturing scenes from daily life. Indeed our work, painted at the end of Magnasco’s career and life, still shows him operating in the area he was drawn to. 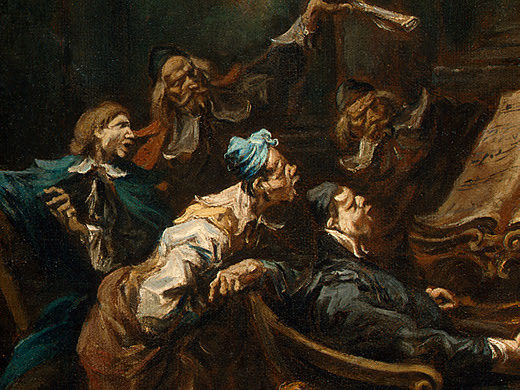 This raucous work makes a point about Magnasco: often it’s tricky to classify what a picture is: history, genre, fancy, portrait? Here we have a cast of almost Punch and Judy-like characters, teetering on the cusp of caricature (small heads, deep-set eyes, distinctive noses, exaggerated gestures). These lively, brink-of-burlesque figures are his ‘type’ and it’s they who zip all the zing into this singing scene. 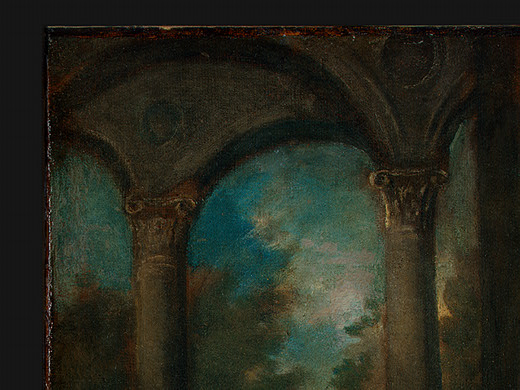 The composition sits settled towards the ground, with the figures arranged in a left-to-right sweep. Their clutter is balanced by the shot of blue sky spied below the columns and arches of the classical interior (in fact that same blue does a lot to hatch the picture into a cohesive whole: see how it’s dotted across in the garments of the men). 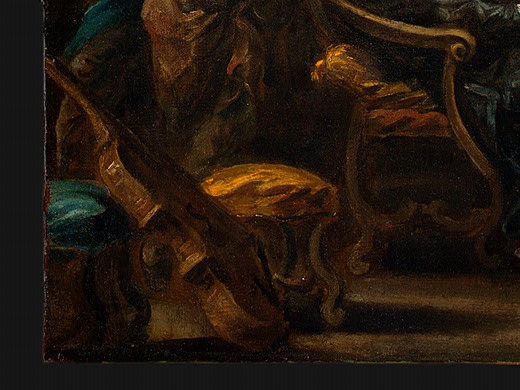 At first, the Milanese much lauded Magnasco’s work, loving the way his unusual subjects (such as monastic life, ceremonies and rituals of religious sects, brigands or beggars, witches and devils) spotlighted issues of social reform and contemporary social ills. But during the last 15 years of his life (the period in which our picture falls), his work was deemed “worthless”, “ridiculous” and audiences started to turn away.

Perhaps it’s the edginess in his art that fell out of fashion: I love the super-sized song sheet here, for instance, and the way the furls of the furniture move with momentum, as if alive, but maybe those things were a little too much, and a little too ‘mad’. But madness sits alongside genius (so the cliché goes), and as was mentioned at the close of our radio show: for Schumann lived out his days in a mental institution, suffering from hallucinations and schizophrenia. 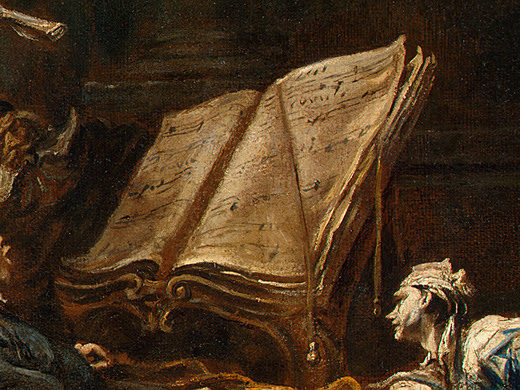