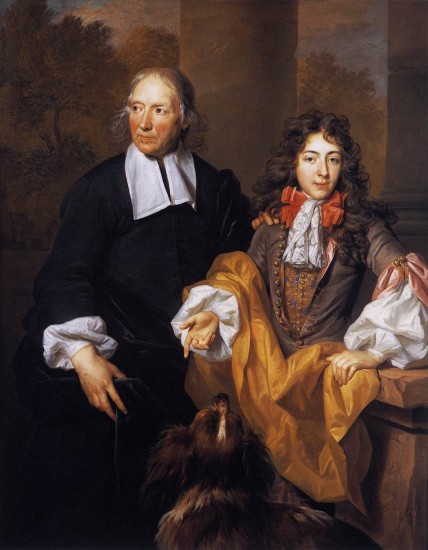 DC gets to dripping in these summer months, not just with sweat (though dang it is hot) but also with interns: trooping in in their thousands, bright-eyed, bushy-tailed, ready and set to enter offices all over town. There’ll be phalanxes of photocopying for them to do, coffee runs, lunch runs and that ever-present filing problem. But I’m sure interns here also get some cool stuff come their way, this city being what it is. And don’t forget the real raison to be here is that toe-hold, or full-foot-hold on the ladder to the cream of careers. Husband’s younger brother has done many an internship, so to a good extent, he knows the score. But this year, as we settled him into his intern digs, Husband did have one warning to impart: beware the blog-spot Spotted: DC [Summer] interns.

Strictly anonymous and oh so popular, this is a chance for those that dread the deluge of summer-time staffers to let rip about the rude, riotous and ridiculous incidents involving their interns. Here are some snippets from June 6 and 4:

In the Senate Cafeteria this afternoon a young brunette intern was spotted wearing black wedges and tan “formal shorts” that hit mid thigh. I know it’s recess, and it’s hot out and all, but unless you’re a tourist, honey, no.

Spotted: No, Really … He was Playing ‘Head-up, Seven-up’

Today, one of my interns put his head down and took a nap for half an hour this morning. I know it’s recess week, intern, but seriously. Bold move, sir.

The message is clear: the office has eyes and pens are poised, ready to record all the stresses, strains and ‘slight’ irritations that abound between any mentor and mentee. Which brings us to our pic of the day: Portrait of a Young Man and His Tutor (1685), by Nicolas de Largillierre (1656 – 1746). Largillierre is labelled “almost Flemish” for the fact that, though born in Paris, he passed his youth in Antwerp. He also spent time in England, which upped his Flemish factor for the exposure it gave him to Anthony van Dyck, No. 2 Flemish painter of the 17th century after Rubens, who’d settled there in the 1630s. Largillierre was back in Paris when he came to paint this. 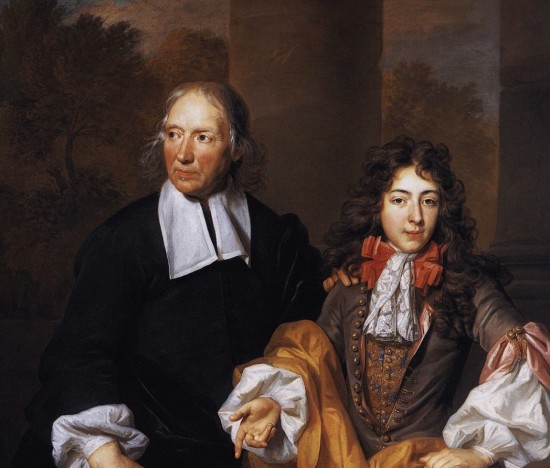 Can we tell that Largillierre specialized in portraits of the wealthy middle classes? Oh yes. There’s pin-sharp precision in the facial features: does anyone else see the down-like fluff on the upper lip of the young man? And the super-fine spider veins threading through the ruddy cheeks of the tutor? Oh and see the hairstyles: the youth looks like he’s just stepped out of a salon, so verily bouncing and buxom is his tumble of teased-out curls. As for the old chap: feathery and flyaway at best, with a high forehead and pate peeking through. This kind of fascinating, fastidious focus on physical detail is the thing that exposes Largillierre’s Flemish side. 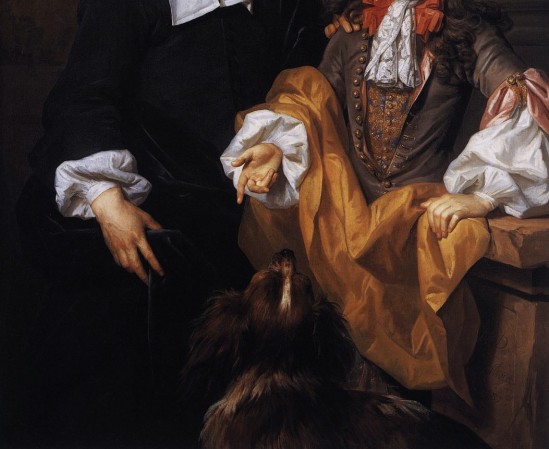 In all, this oozes Baroque “grand manner” in the formality of the pose and crisp silhouettes. And there’s also a definite psychological dimension. Portraiture was near the top of the set hierarchy of French Academy painting, mostly for the demands it placed on a painter to really observe and understand his subjects. We no longer know the ID of this pair, but still, we sense all sorts of things in the dynamic between this duo. What underlying things (oh, for a 17th-century blog-spot) do you see in their expressions and body language?

One thought on “Live and Learn”