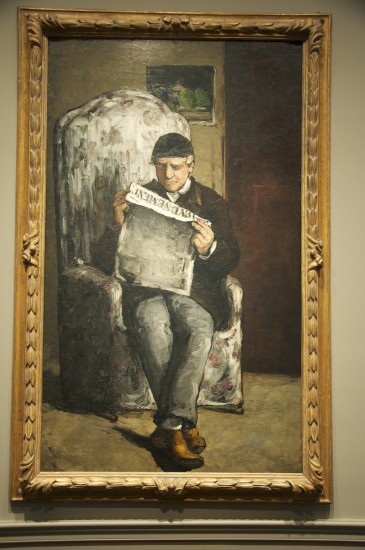 It’s Fathers Day today, so offspring everywhere are crafting cards, picking out flowers or up the phone, or whipping up a batch of pancakes/ pastrami-stuffed sandwiches (Dads like pancakes and pastrami). And I’ve been lingering on and listing up some of the things my Father has taught me, thus far: 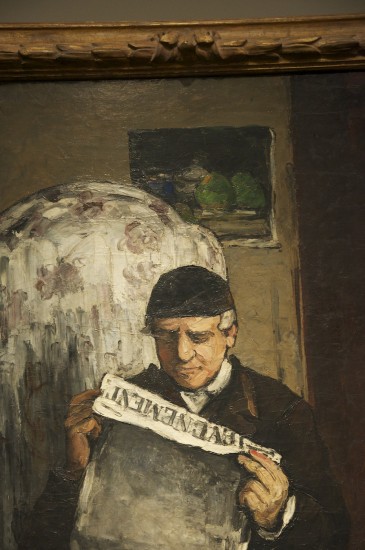 So how appropriate is it that today we’re taking a seat alongside the man who’s regarded as “the father” of modern art? Paul Cézanne (1839 – 1906) painted his Artist’s Father, Reading “L’Evénement” (1866) such that it flickers with the charge that ran through their relationship. Cézanne’s Papa was a wealthy banker and tradesman, who had high hopes for his boy’s future, none of which involved any art. Law yes, banking yes, but art no: totally impractical. Pity for him then that Paul followed his intuition and persuaded Papa to let him go to Paris in the early 1860s to train as an artist. 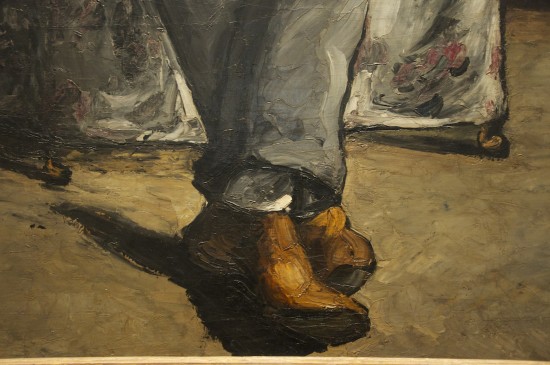 This painting is a line in the sand, an assertion of independence in the face of his father. It’s a big picture, with a calculated composition: Pop is perched precariously close to the edge of his seat. Paul’s played with the perspective too, tilting it so the floor slopes sideways, as if seeking to slide Papa out of the picture. There’s tension between the clod-hopping shoes and firm-filled legs and those tiny supports at the base of the chair.

NB too the framed painting on the wall, just above Papa’s head: that’s a still-life Cézanne completed shortly before beginning the Artist’s Father and a small, stinging statement of his artistic accomplishment. Even the masthead of the newspaper here has meaning: it’s L’Evénement (not Papa’s preferred read), chosen to reference the novelist Emile Zola, art critic at the paper at the time and a close friend of Cézanne, who’d championed his pursuit of art. 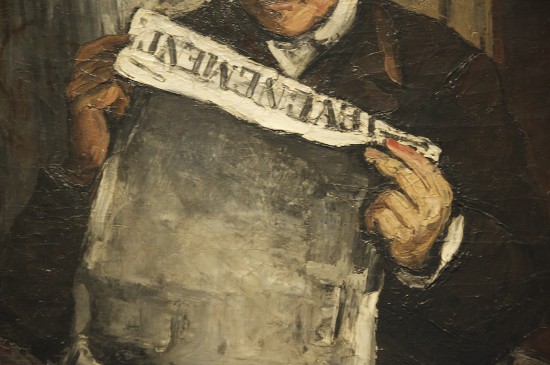 This portrait was painted before Cézanne began painting outdoors, filtering fresh light and clean color into his work. And yet it’s riddled with his brilliance and addled with unmistakable intensity, seen even in the pushy paint handling, and the way things are laid on thick in slabs of pigment. What we end up with is a rich and poignant rendering of this father-son relationship. 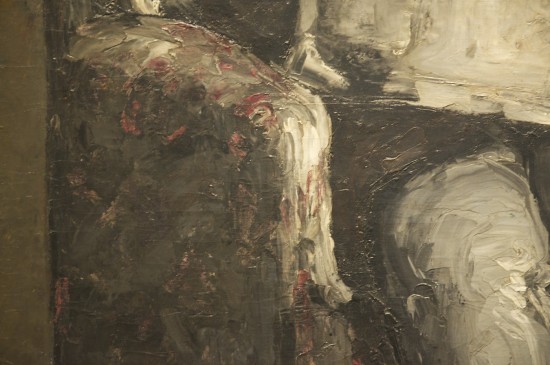