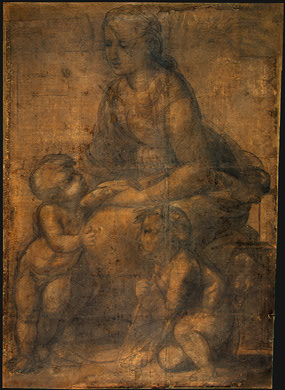 Anyone been watching Work of Art: The Next Great Artist on Bravo? Rapid recap: it started June 9th and has 14 aspiring artists compete in weekly art-themed challenges for a prize of a solo show and $100,000. I missed the first one but tuned in for the second, in which the artists were asked to make sculptures from materials plucked from an appliance dump.

It’s reality TV, alright. Cast of out-there characters? Check: from the ‘villain’ (46 year-old performance artist Nao Bustamante: “I feel like I’ve already won”) to the ‘hottie’ (Jaclyn Santos wears tight clothes and photographs herself with legs akimbo). Snarling judges? Check: especially Jerry Saltz (current art critic for New York Magazine) known for his no-nonsense put-downs (“it’s a bunch of junk on a table”). Throw in a Simon (not Cowell this time, but the art expert Simon de Pury), plenty of run-ins and a withering tagline (“your work of art didn’t work for us”), and the reality recipe is complete.

Still. I found it all oddly alluring, perhaps because competition has a habit of being good for art. In 15th century Florence, artists were pitted against each other to vie for big public commissions: from that competitive context came Lorenzo Ghiberti’s baptistery doors and the cathedral choir stalls by Luca della Robbia and Donatello. And competition was certainly a formative factor in the growing of one of our greatest Renaissance masters, Raphael. Born in Urbino in 1483, Raphael is regarded, with Leonardo and Michelangelo, as the third member of that most exclusive of clubs: One-Name High Renaissance Masters Are Us. And it was competitive spirit that got him there. 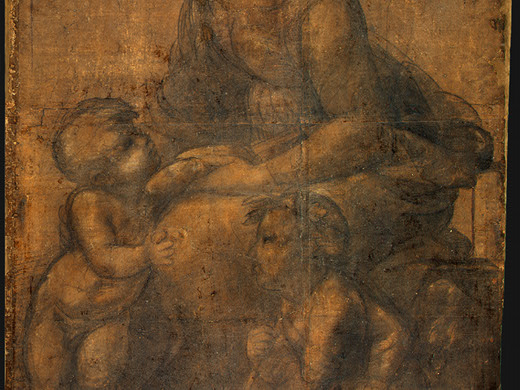 This Madonna and Child with St John the Baptist (c. 1507) dates to Raphael’s Florentine phase, before he was called to Rome to work for the Pope. In Florence Raphael met the art-might of Michelangelo and Leonardo, both of whom had established styles and stature by this time. Our man’s approach? Knuckle down. All the lines, re-lines, shadings and workings here expose the hand of a man who’s addressing his shortcomings. 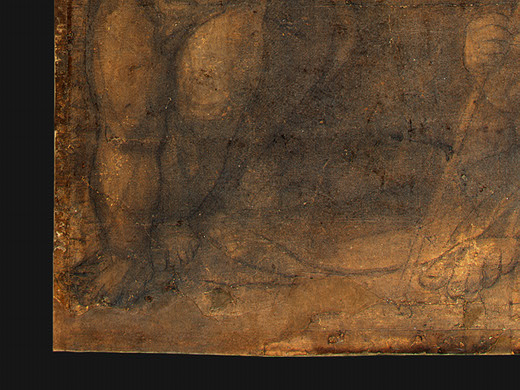 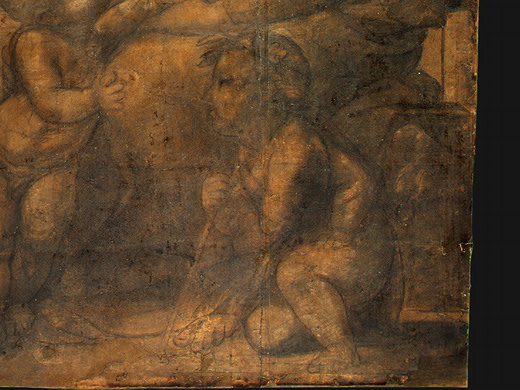 Raphael’s most valuable response to other art personalities was a redoubled sense of self. An able ‘absorber’ of others’ advances (he borrowed Leonardo’s pyramid composition and Michelangelo’s human forms here), he’s nonetheless negotiated a niche for himself. Here he’s settling into one in the series of sweet, tender Madonna and Child scenes that made his name in Florence. Raphael excelled at the ‘heartfelt’ thing, and it became his hallmark throughout his career. It’s that same sense of self that made 23 year-old Miles stand out on the show, as he used his OCD-inflicted sleep deprivation as the basis for a profoundly personal, praise-winning piece. 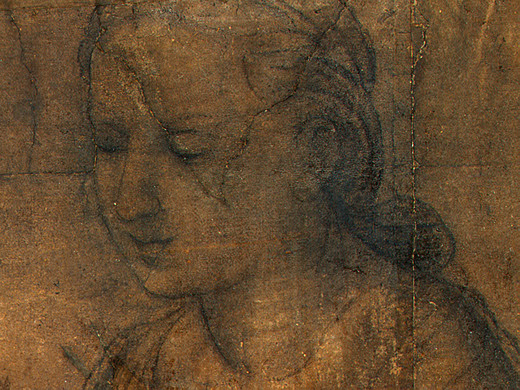 One of the main reasons why artists’ drawings are coveted is the same thing that will make a success of the show: it’s always fun to watch people make art. Raphael’s drawing is valuable because it lays bare for us luddites the artist’s processes. Done in black chalk with traces of white, Raphael drew up this cartoon (from the Italian cartone, for sheet of paper) as preparation piece for an oil. Stand close and you’ll see the outlines all pounced with pinpricks, so he could shoot through puffs of charcoal onto a canvas set up behind. Only then, with his design transferred, could he start to paint up La Belle Jardiniere: 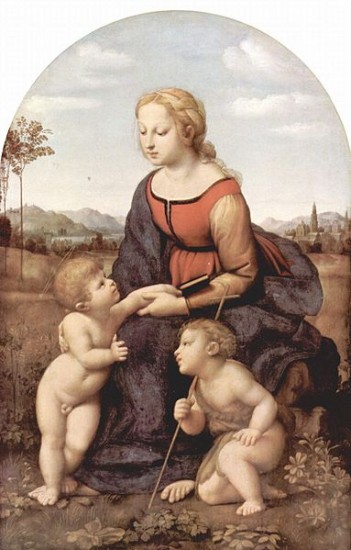 Now I’m not saying by any means that Bravo will be bringing forth anyone even an eighth as brilliant as Raphael. I’m just saying, don’t dismiss the show just yet.