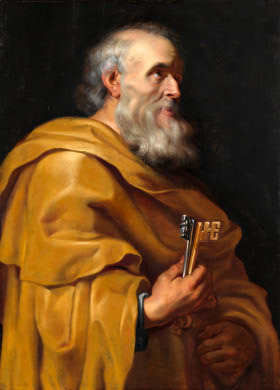 The feast of Saint Peter falls tomorrow, so I thought we’d take a peek at his story today (as seen in some of the works at the NGA), starting with the lead image, from the studio of Peter Paul Rubens (c. 1616). Before he met Jesus, Peter (original name Simon) was a fisherman, and it was his brother Andrew (also a fisherman) who introduced the two. The brothers hadn’t had much luck fishing, which changed as soon as Jesus arrived: suddenly they couldn’t haul up the fish-filled nets fast enough. Peter was amazed when Jesus told him: “You’ll be a fisher of men.” Here’s Duccio, Calling of Apostles Peter and Andrew (1308-11): 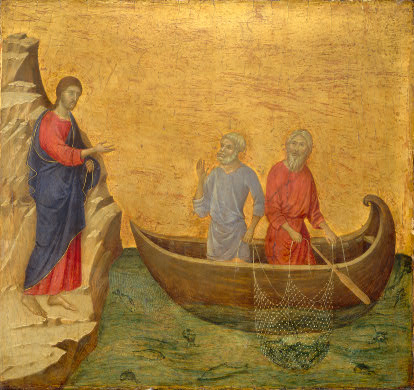 Jesus gave Simon the name Peter (Cephas in Aramaic, Petros in Greek, from the word for ‘rock’ in each language), telling him “you are Peter and upon this rock I will build my church.” In liturgical art, Peter is often seen as an old man with white hair, dressed in a blue tunic and yellow cloak. See this follower of Cimabue, Saint Peter (13th century): 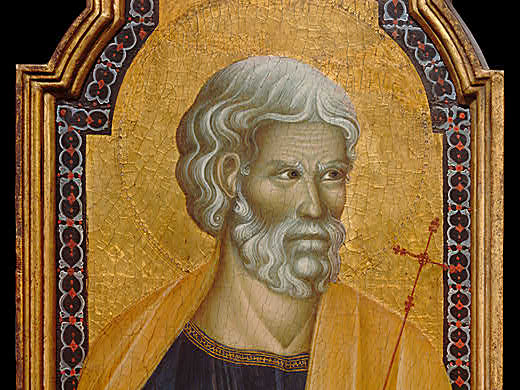 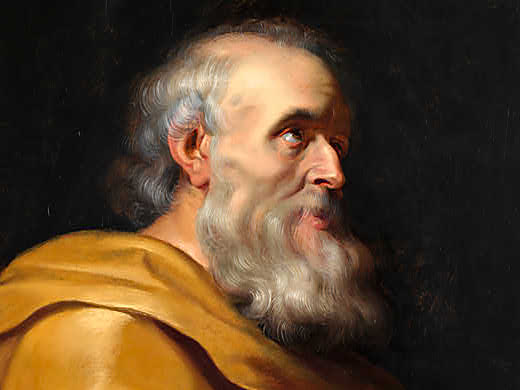 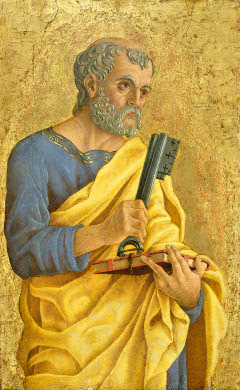 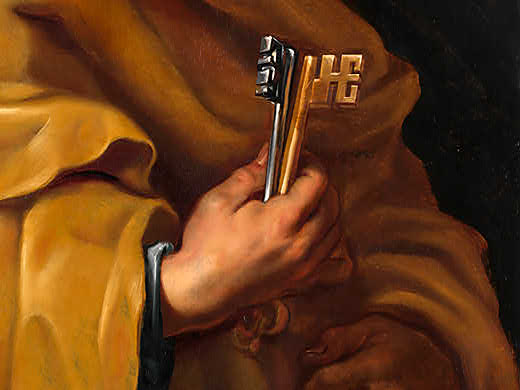 Peter was a member of the inner circle of Jesus, along with James and John, and was at his side for many significant events. Vincenzo Civerchio shows Christ Instructing Peter and John to Prepare for the Passover (1504): 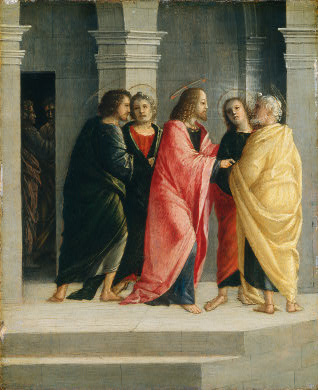 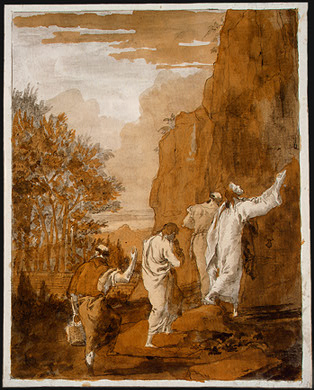 Peter helped organize the Last Supper and played a big role in the events of the Passion. After the Resurrection, he was the first disciple to see the risen Christ. Later, Christ gave Peter the famed command of “Feed my lambs, tend my sheep, feed my sheep.” Diana Scultori, after Raphael, has Christ Making Peter Head of the Church (16th century): 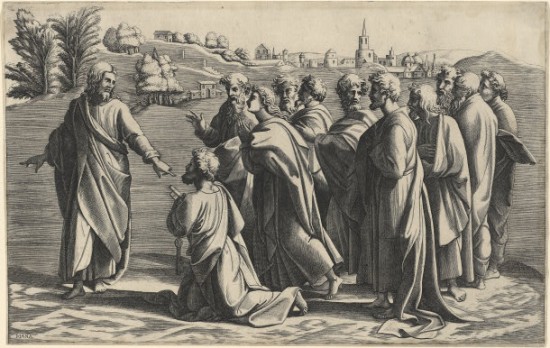 In the time after the Ascension, Peter stood as the head of the apostles. He appointed the replacement of Judas, spoke to the crowds that had assembled after the descent of the Holy Spirit at Pentecost and was the first apostle to perform miracles in the name of the Lord: Rembrandt van Rijn, Peter and John Healing the Cripple at the Temple Gate (1659): 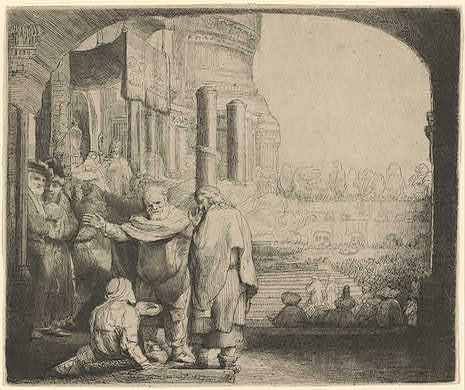 He was instrumental in bringing the Gospel to the Gentiles and aimed for the new church to be universal. His missionary efforts included travels to cities of the pagan world, ending in Rome. Philip Galle, after Maerten van Heemskerck shows Saint Peter Speaking to the People about Christ (16th century): 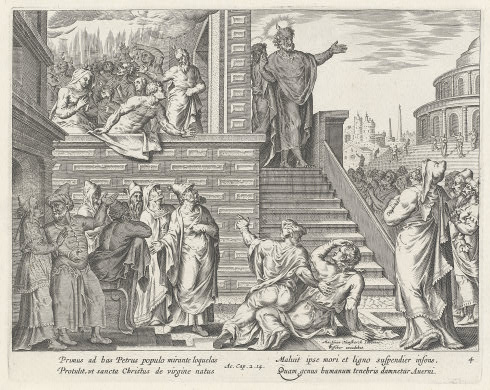 It’s certain that Peter died in Rome and that his martyrdom came in the reign of Emperor Nero, probably in 64 AD. He was crucified upside down, declaring himself unworthy to die in the same manner as the Lord. He was buried in the city and excavations under St. Peter’s Basilica have unearthed his probable tomb. His relics are now enshrined under the high altar there. Giovanni Paolo Panini, Interior of Saint Peter’s (c. 1754): 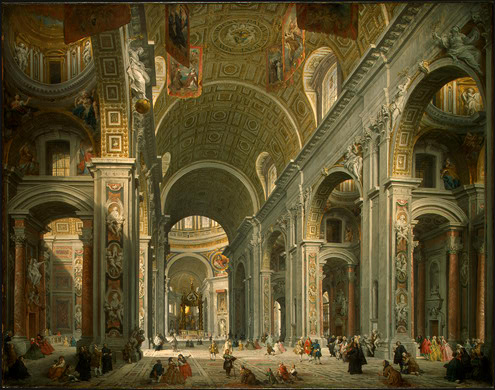 From the earliest days of the Church, Peter was recognized as the ‘prince’ of the apostles and the first proper Pope. He founded the official bishop’s seat (see) of Rome, which made the city so central to the Catholic church. We finish with this medal by Philipp Heinrich Müller, Saint Peter, Prince of Apostles (c. 1700): 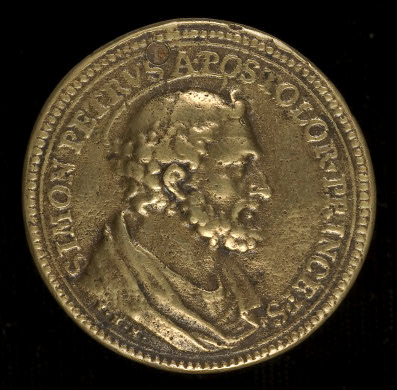