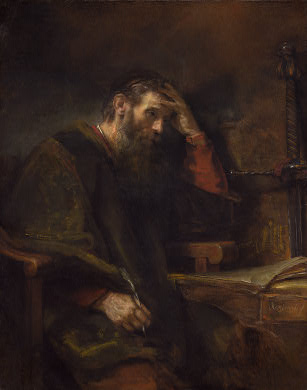 Today’s the feast of saints Peter and Paul, princes of the apostles who stood as early leaders for their faith, so Apostle Paul (c. 1657) is up for discussion here. It’s an incredible image (whether you’re Christian or not) by Rembrandt van Rijn (1606 – 1669) that most-glowing master among golden age Dutch painters.

Paul’s particulars would have been well-known to a European artist working in the 1600s. A Roman citizen, he’d persecuted the “church of God” before his own conversion. The Acts of the Apostles describe how this happened one day on the road to Damascus: Saul (Paul’s original Hebrew name) had a searing vision of the resurrected Christ after being temporarily blinded. For affecting, visceral images of this incident, see here. 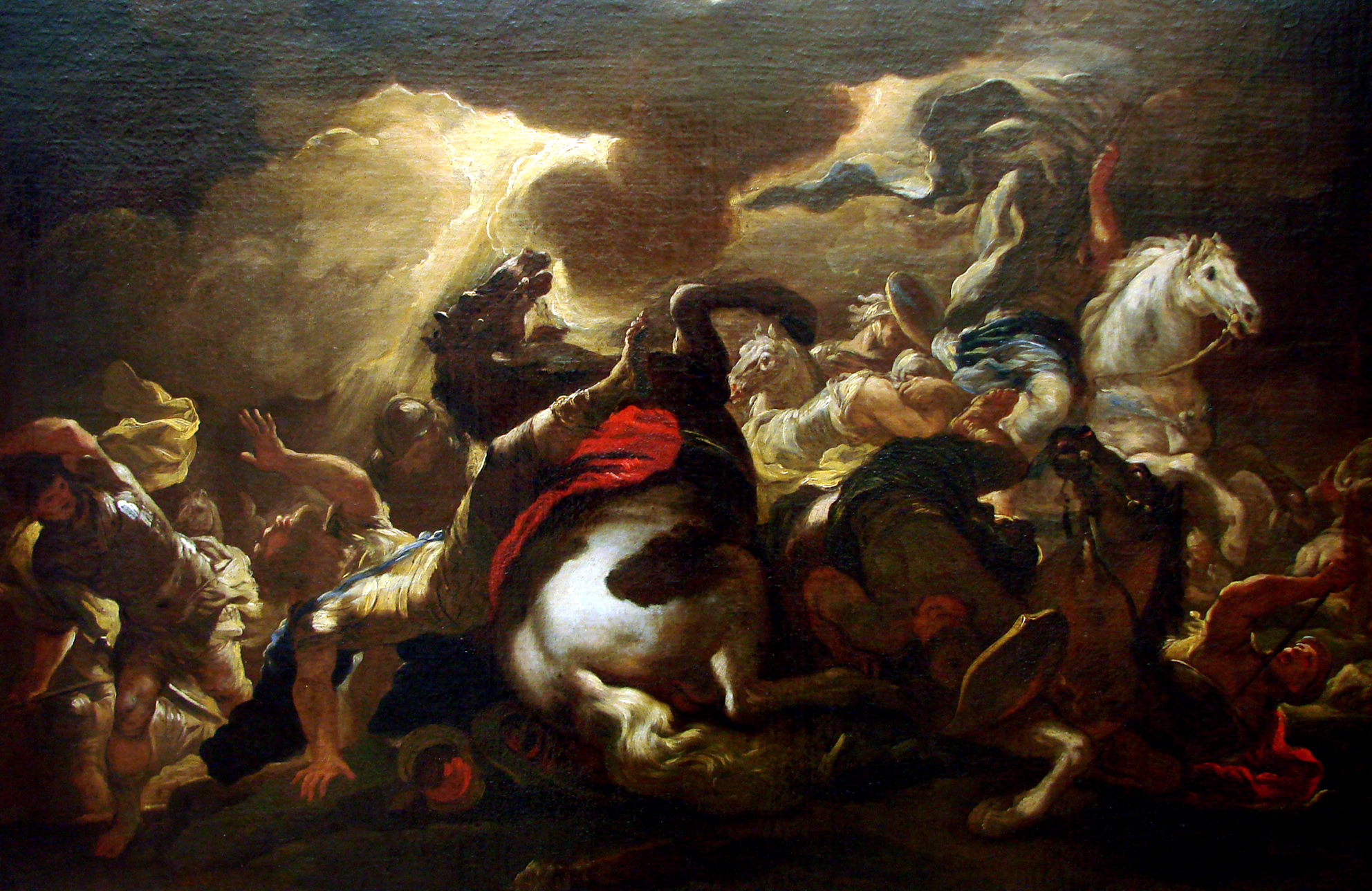 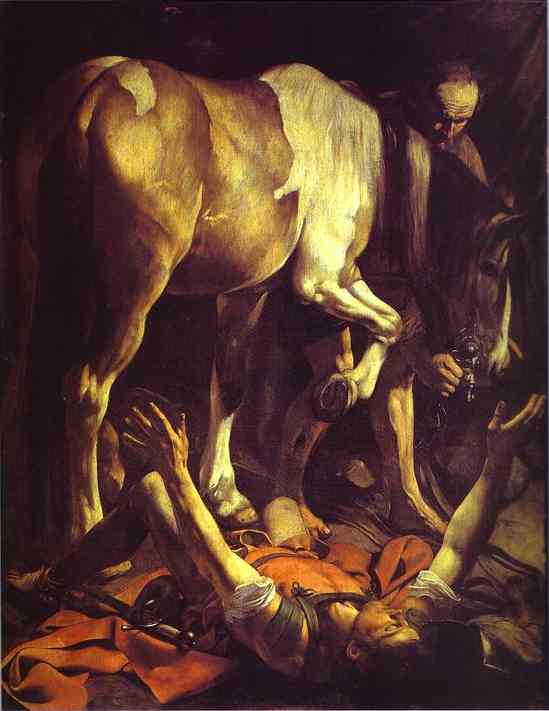 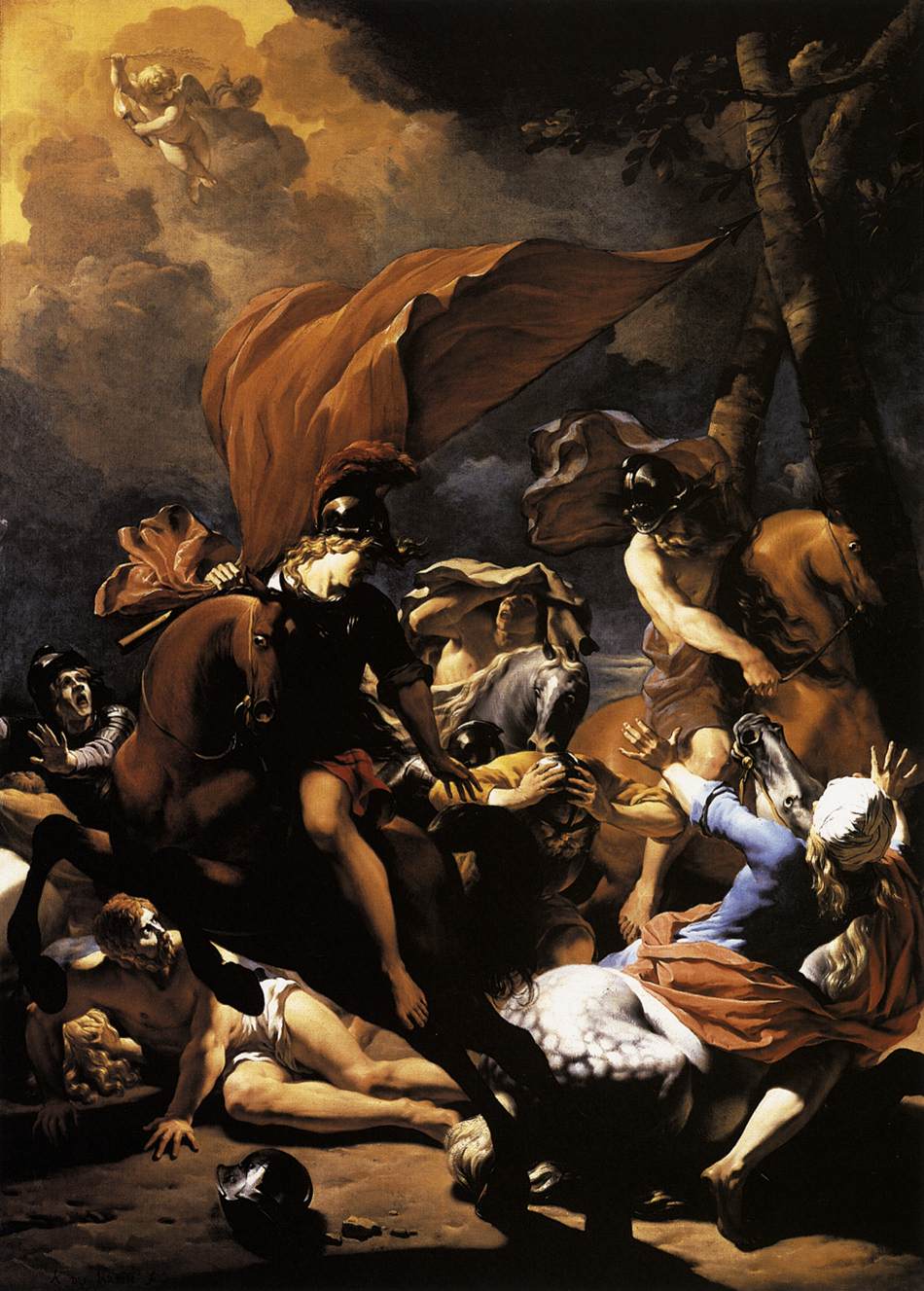 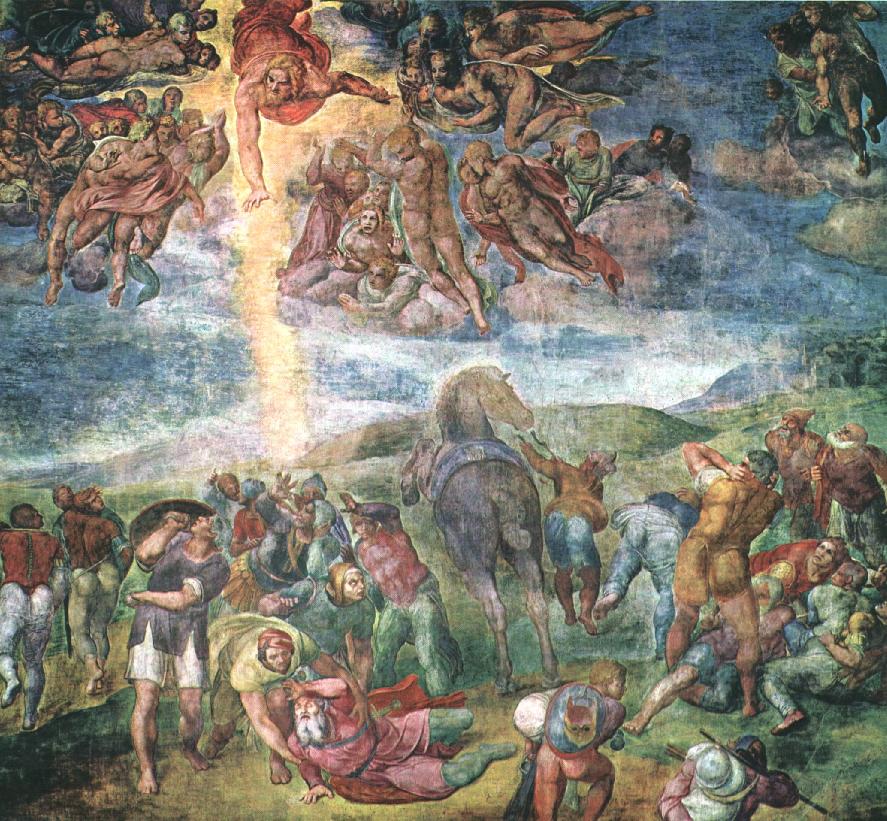 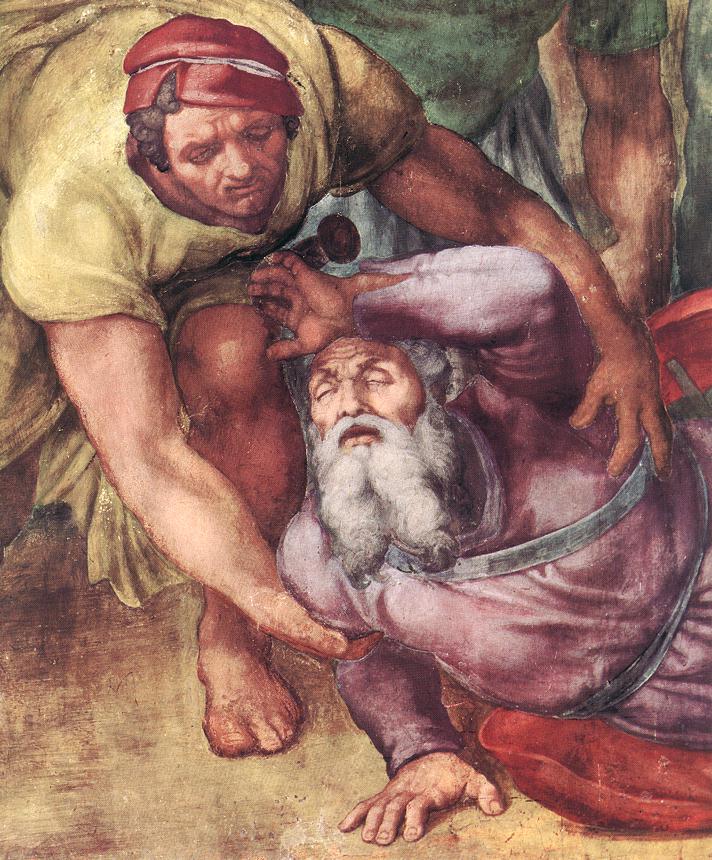 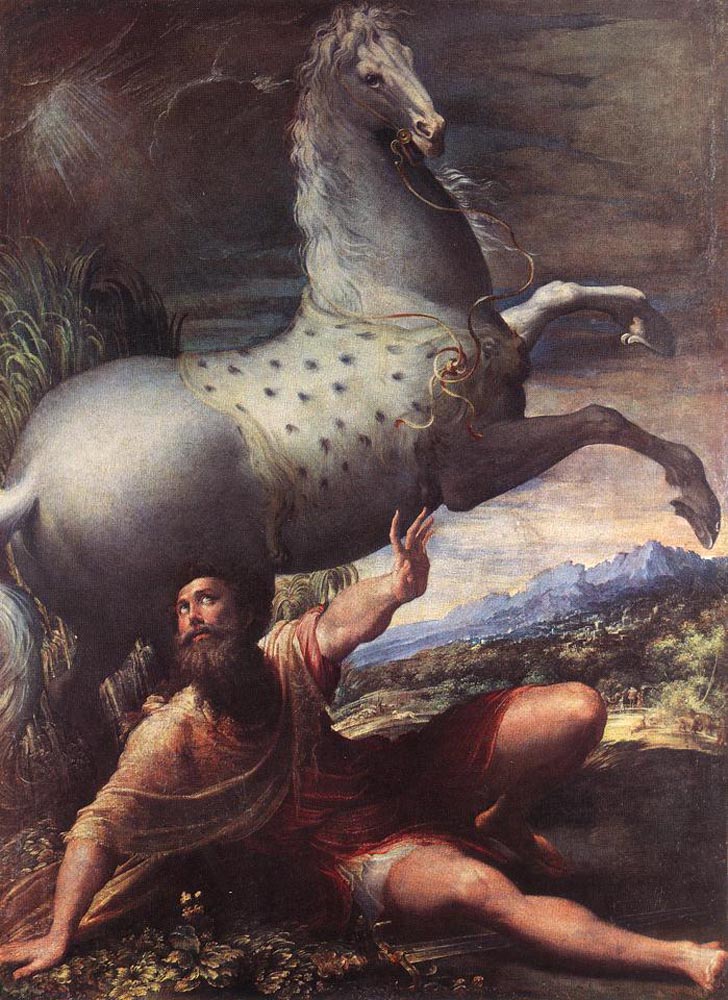 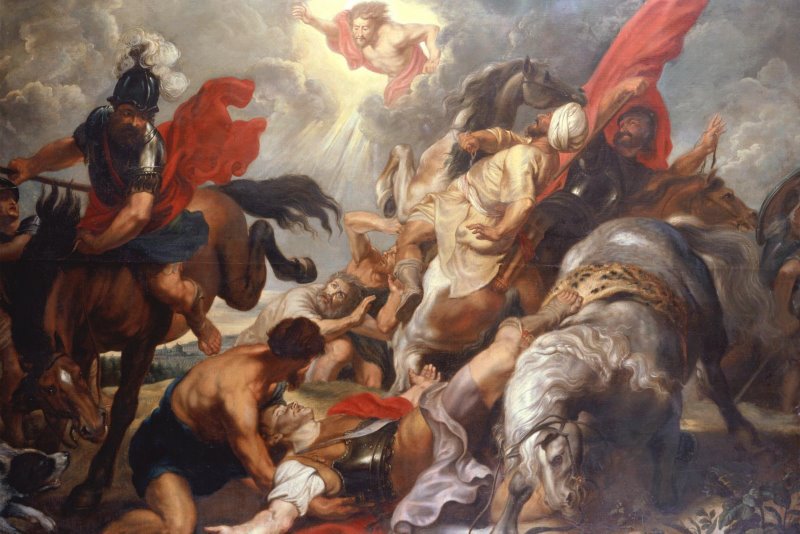 For this ponderous picture, Rembrandt focusses another facet of Paul, which is his writing life. Celebrated as an intellectual and a man of letters whose work would deeply influence Christian thinking, Paul has many epistles attributed to him. So here he sits, surrounded by the tools of his trade, head-in-hand, pen-poised, all evidence of how this artist could enliven even a still image with a dramatic sense of narrative. In Rembrandt’s later works like this one, gestures get less overt, though they’re never less expressive for it. 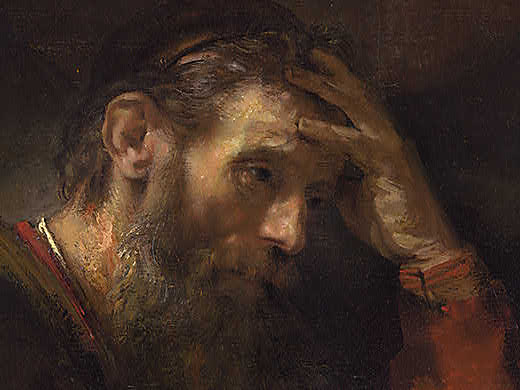 A shaft of vivid light comes in from up high, cutting into the murk and gloom of the room. It sits on the side of Paul’s face, haloing his head and illuminating his hands. The picture paddles in a broad, un-polished technique that’s typical of Rembrandt’s later works. Bold strokes define the lines of the desk and chair and mark in the contours of the clothes. Smudged, fudged areas of blended paint create an amorphous feel across the back wall. Some sharper sense of detail comes in with the clean lines that define the sword and pen: Rembrandt picks these things out, makes them sparkle with tiny dabs of bright white paint. There are swirling, sliding strokes scragging up the beard and a few feints and starts in the paint on the right hand that have you looking hard at the subject’s job-in-hand. For all the lack of (obvious) color contrasts here, Rembrandt’s vast variety of mark-marking is utterly virtuoso and visually electric. 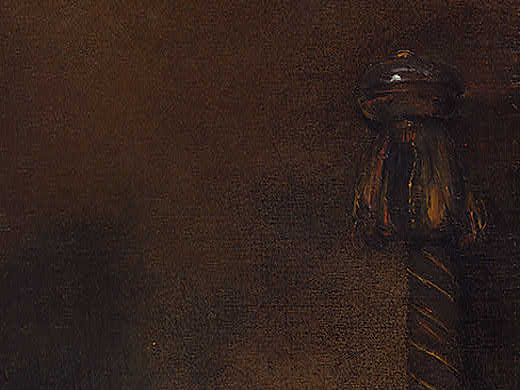 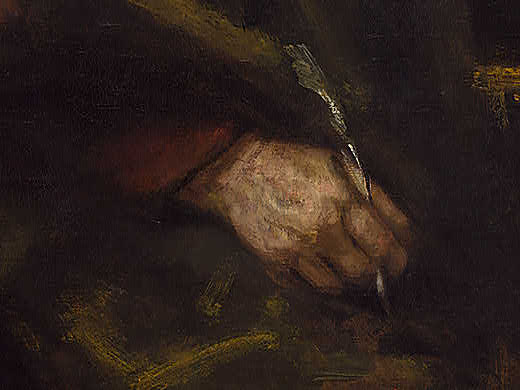 The thing that’s most moving about this is that a picture of a man long-dead and buried in religious lore becomes not only an arresting physical impression, but also a lively study of the human spirit. Paul’s tension in an instant when the fluency of his writing has hit flush against a wall comes across in his forehead forage, the slack hand and those pages pestering to be impressed. The firm fix of his features reads concentration, exasperation. And that sparkly sword just standing by strikes in with the ominous inevitability of a martyr’s death.

The Apostle Paul is much more than an abstract image of a mythic man: in Rembrandt’s hands it becomes a work of compassionate psychological insight, which I can’t help but think might be infused with feelings from the artist’s own experiences at the time. While he’d enjoyed domestic happiness and professional success early in his career, Rembrandt’s later life was marred by personal and financial misfortune. He’d lost his 30 year-old wife in 1642 and three of their four children in infancy, and the year before this picture was painted he’d been declared bankrupt. So it wouldn’t be impossible (especially in an artist who left us over 70 self-portraits) to detect a shadow of self-imaging slicked-in here. 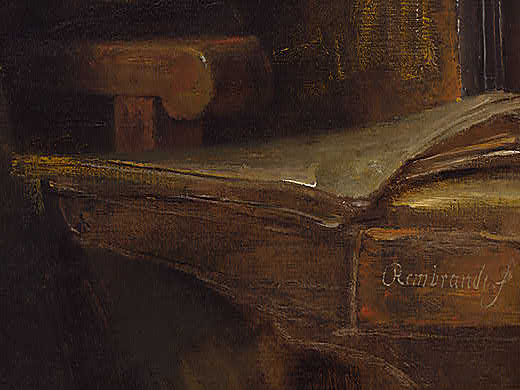