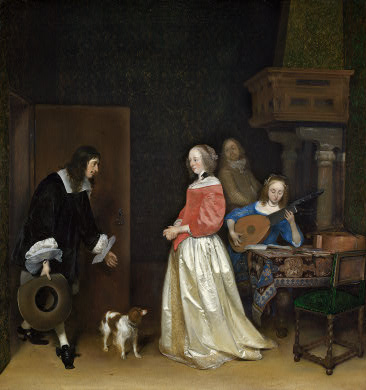 My oldest brother is getting married on-the-morrow, so we’re set and super-excited for the big day. Weddings of course are primetime for lots of love-themed conversation, and top of the small-talk topics must surely be “how did the happy couple meet?” So I wanted to go with that theme today and wander into the wonderful world of dating. Yes, dating. Because like it or loathe it, it’s the thing that pre-dates love, marriage and even so much as a sniff at a horse-drawn carriage. I recently read about a new on-line dating coach who’s sharing secrets he claims can help anyone get their heart’s desire. Here are the boiled-down, bite-sized best bits of Matthew Hussey’s advice:

1. Women can make the first move (if you’re nervous on approach, deploy the three-step seduction plan: The Look; Proximity; Ask for a Favor).

2. Don’t scare someone off! Lighten up with loose body language and facial expressions.

3. Don’t be down if they don’t come over: if someone’s interested, they’ll be petrified of rejection. So take heart and turn to tactic 1.

4. It’s not so much about how you look but more about ‘a look’. Self-belief and a nice bright smile are more important that a high hemline and gym-honed bod. 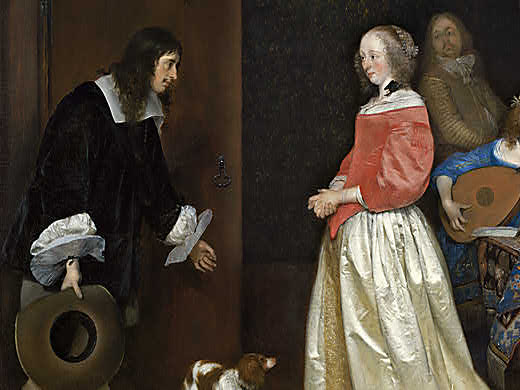 We’re looking in on a date-played-out at the NGA today, albeit one set in the 17th century. This is called The Suitor’s Visit (c. 1658) and is by the Dutch painter Gerard ter Borch the Younger (1617 – 1681). He was an artist tipped to be talented from a young age, as evidenced in fine drawings that exist from when he was eight (his father, who was his first teacher, did that particular parental thing of dating them carefully). Born in the provincial city of Zwolle, ter Borch was unusually well-traveled for the time, making it to England, Germany, Italy, Spain and Flanders in his day. 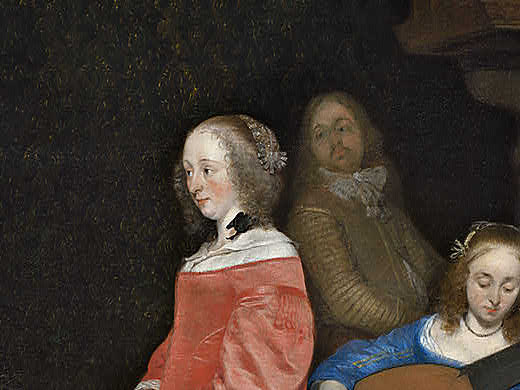 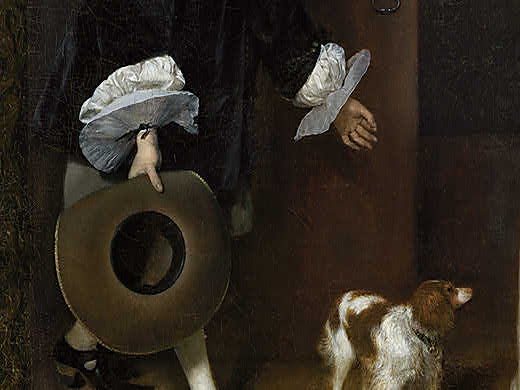 This painting came once he’d settled in Deventer in Holland in 1654, where ter Borch became a successful and sought-after painter of genre (everyday life) scenes (Dutch 17th century artists were in the habit of capturing actions and elements of the everyday). He quickly pitched and placed himself as the go-to-guy for visualizing the richesse and refinement of the wealthy bourgeoisie. Here we have an elegant gent bowing down before a lady upon entering the room. There’s a woman playing an instrument at a table behind and another man who’s looking over his shoulder as he warms his mitts at a fire. The setting (imposing mantelpiece, gilded wallpaper) and accoutrements (instruments, plush furnitures, wool tablecloths) attest to the elite societal echelons we’ve entered. Can you tell how exquisite ter Borch’s technique was? He was astonishingly gifted at treating texture: in the area of the main lady’s silken skirts, see how he uses super-fine small strokes and a series of thin transparent glazes, all as a way of rendering realistic textural effects. 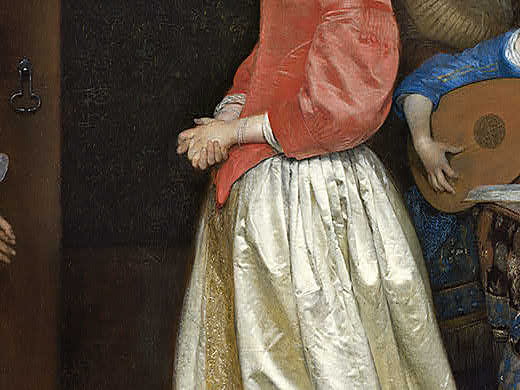 But top of ter Borch’s priorities as a painter was always the psychological interaction of his protagonists. His main man and woman here are clearly communicating through glance and gesture. Add to that the musical instruments and the dog (both of which carry strong associations of love) and I’m forced to finish with Hussey’s most golden rule: never sleep with someone on the first date! 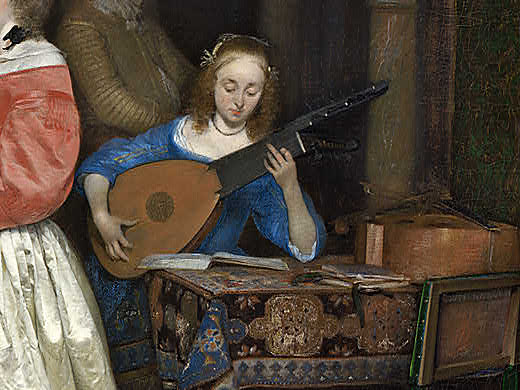 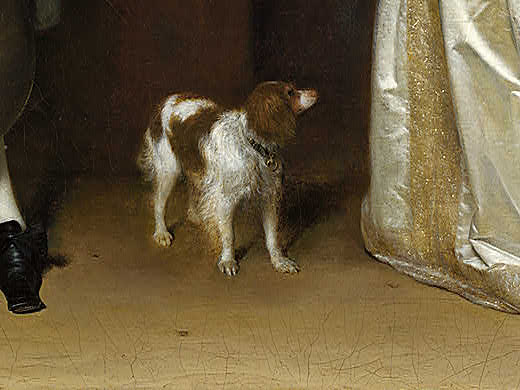