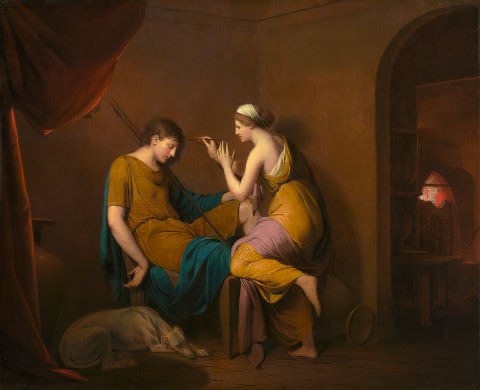 My heart and soul

The day’s so long

And the night’s so rough

And I don’t know how

You’ve been gone too long

You’re on my mind

And it’s hard to carry on

You’ve been away too long

My heart is weak

That’s Luther Vandross, beseeching a beloved to return to his side (I think actually in this song it’s after the couple has hit a bit of a bump in the road). But in any case, what his crooning is chronicling in Come Back is the thing that happens as soon as you’re a couple: whether you’re dating, mating, co-habituating, or stating things before a priest and people-gathered, it’s singles turned double, two become one.

So it is that when pairs are parted, for whatever reason, and palpable proximity is prised away, it can be odd and oddly hard. Some say one day is sufficient for separation; others have their limit at seven; general sense states that after three weeks things will get really weird. Sure, we have phones, and email and all sorts, but these tech techniques ultimately do little to bridge the barrier of bodily separation. Because being together is what being together boils down to, I suppose. 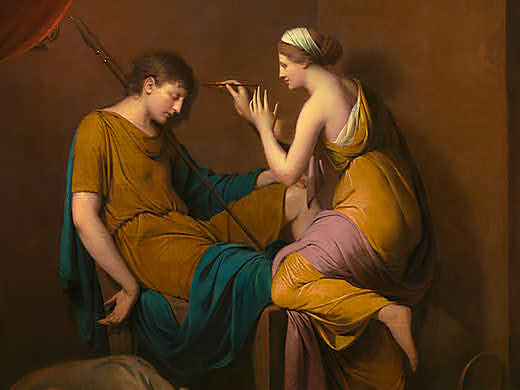 So it is that as Mum, Sister and I settle into a short (girls only) stay on the isle of Sicily (we arrived yesterday and hey, I never suggested surgical hip-stitching to another half), my mind’s eye re-alighted on this painting at the NGA. It’s called The Corinthian Maid (1782 – 1784) and is by the English artist Joseph Wright of Derby (1734 – 1797). Joseph Wright (the ‘of Derby’ tends to get tacked on: it was his home town, and he spent most of his life there), trained in London before beginning work as a portraitist back in Derby. It was from the 1760s that he began to produce startlingly inventive scenes, hall-marked by saturated shade/light effects, which made him one of the most original artists of the 18th century. 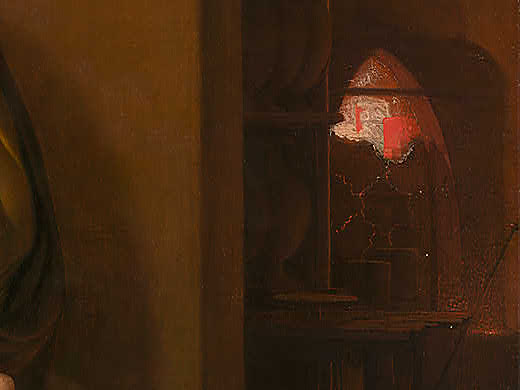 The Corinthian Maid tells an ancient Greek tale of the daughter of a potter (spot the kiln hotly a-glow out back) whose beloved is set to set out on a journey (probably perilous, since he needs his spears and Fido at his side). She’s tracing the sleeping chap’s silhouette onto the wall, an image her father will use to make a ceramic keepsake, so she’ll have it to hold onto while her lover’s away. It’s clear why this sort of work by Wright was called a ‘candle-light’, delicately luminous as it is. Here it’s the hanging lamp concealed behind the curtain that throws features and gestures into relief. Wright must have wrung his hands in glee at the chance to paint a picture in which light plays a key role in the narrative that unfolds. 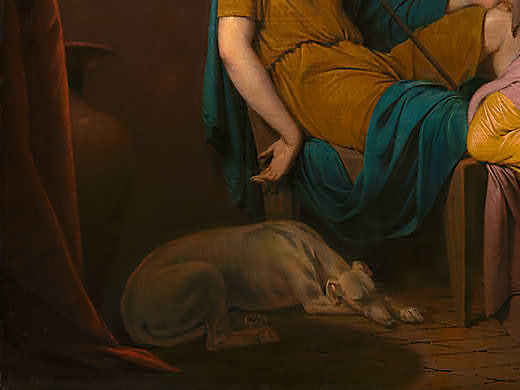 In fact, it was Josiah Wedgwood (a pioneer of pottery manufacturing) who commissioned the work: his vessels, decorated with low reliefs, would have been seen by an 18th-century audience as the aesthetic descendants of this ancient maiden’s attempts to have a hard-copy image of her man. Wright researched the topic for archeological accuracy: he studied the shapes of antique vases loaned from his patron’s collection and copied the clothes from classical sculptures.

It’s a special picture, full of focus and feeling, that has me hoping for her lover’s swift and safe return. 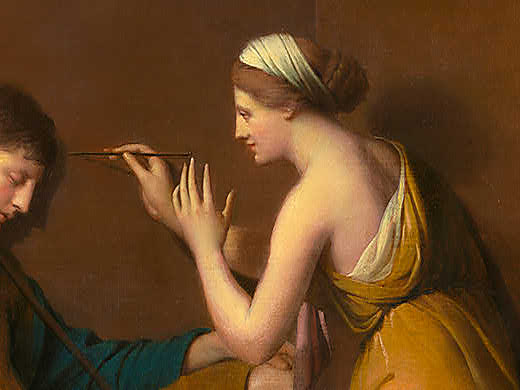