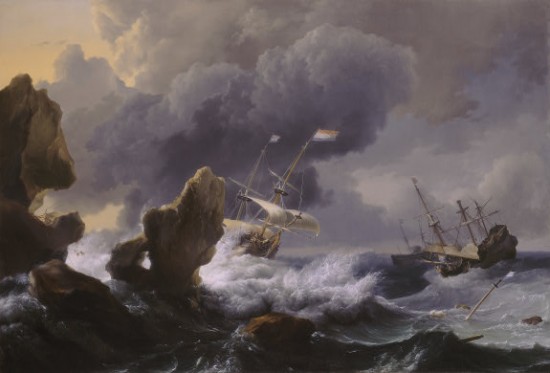 The day had dawned so brightly. In a rural church in the Netherlands, a congregation prayed for Dutch courage and teamwork ahead of the FIFA World Cup final against Spain. Sister said that London’s Fulham Road had filled with heretofore unknown numbers of Dutch football fans: pub-fronts blossomed with bulbous protrusions of hundreds of orange balloons and their rafters rang with excited chatter. In Sussex, Mum attended an orange-themed dinner with Dutch diners, where one guest turned up head-to-toe (nails) in the country color, while here in DC Husband and I donned orange caps and tucked into Dutch cupcakes with fab flag touches. 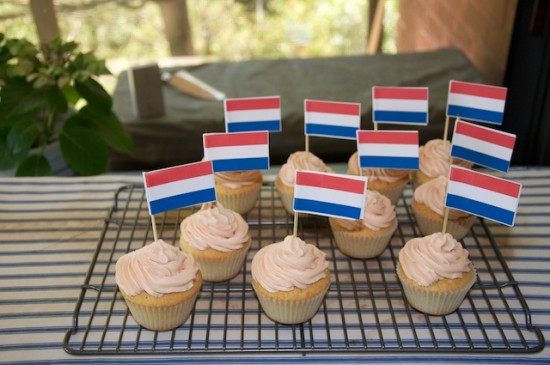 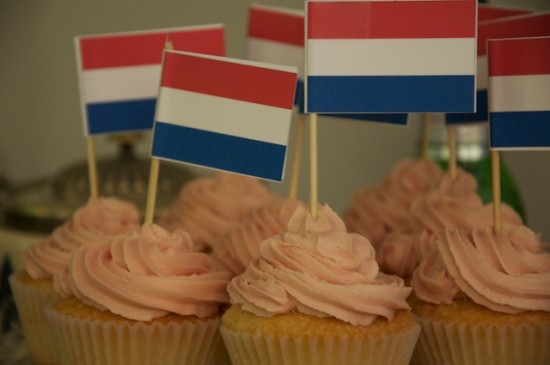 And then the tension started. This is not the place any of you come for football follow-up or insight, but from where I was sitting (at the very edge of our armchair), it all looked rough and ready-for-explosion. The ref seemed as jittery and jangled as the players from the start and doled out a total of 14 yellow cards, as well as the fatal red one that dealt the Dutch a deadly blow late in the game. By now I’d started busying myself with urgent tasks around the house (frame-straightening, fork-polishing), rendered incapable of watching the screen. It was Husband’s yelp of indignation in the last four minutes of extra time that told of the single Spanish goal that sealed the Netherlands’ fate as the vanquished. 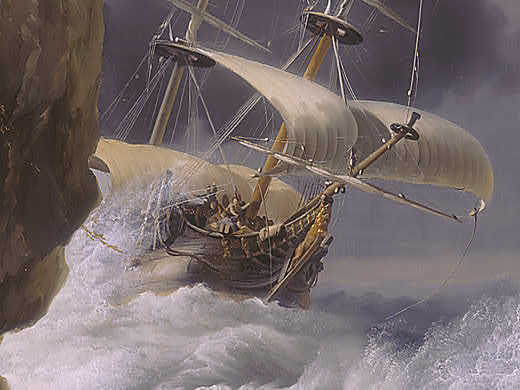 Today’s painting must mirror the melancholy born by the losers of the match. It’s called Ships in Distress off a Rocky Coast (1667), by the German-born Dutch painter Ludolf Backhuysen (1631 – 1708). This man was a marine painter who became Holland’s leading seascape artist in the last quarter of the seventeenth century. His sea-pieces are well-known and represented in museums around the world. 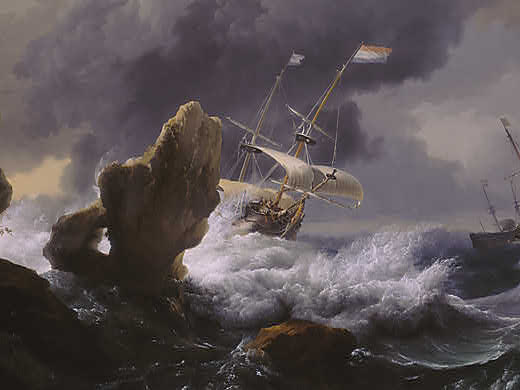 Here we have three fat-bellied boats, of the type that transported the country’s mercantile cargo. The spiked masts flap with the Dutch flag of banded orange, white and blue. Much like the pre-match hype we all enjoyed, this painting elevates and enshrines symbols of national optimism, but there’s obviously a desperate sense of foreboding here too. Things are quite literally on the rocks: the weather is whipping up a storm and the ships look set to crash against the sharp-edged, rapier crags at any second. Masts are snapping and the foreground shows that one ship has already sunk. Oh dear. 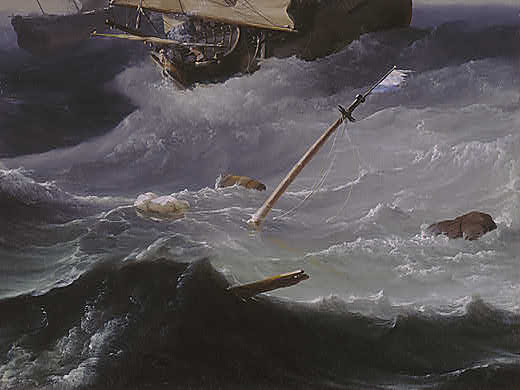 The pin-sharp precision on seeing this at the NGA suggests at first a faithful image of life. But Backhuysen is not above injecting some extra (invented) visual drama: the composition is deliberately off-kilter, and we’ve got complex rock shapes, splashing white spray and sharp contrasts of light and dark. This sort of subject might be a reminder of the fleeting nature of earthly success, something Dutch midfielder Wesley Sneijder must have sensed as his country’s chances slunk away. 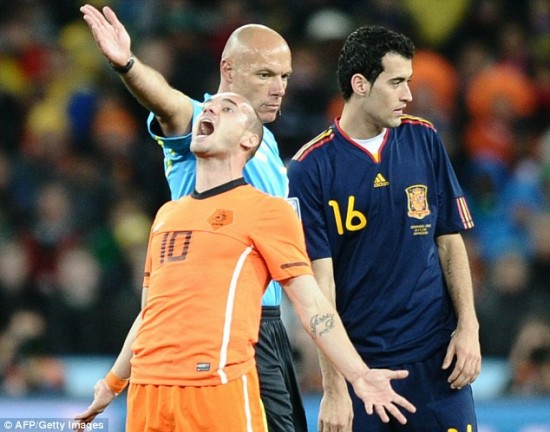 Ugh. The higher the hype, the harder the fall, and Dutch expectations (and imaginations) had been ratcheting up since Holland’s clean sweep into South Africa and their heroic victory over tournament favorites Brazil. Still, there’s always the next one in four years’ time, and we need some sort of hope on the horizon: why else would Backhuysen tinge his dark grey and indigo waters with some golden-orange sun glow off to the left? 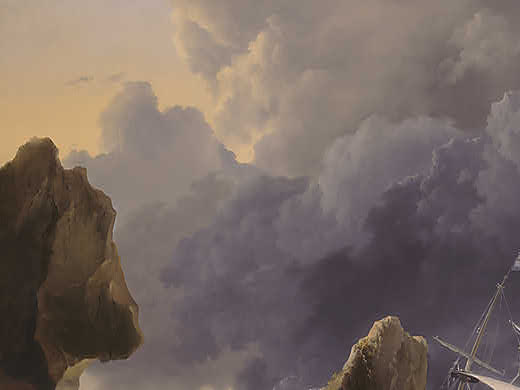 One thought on “Shipped Off”