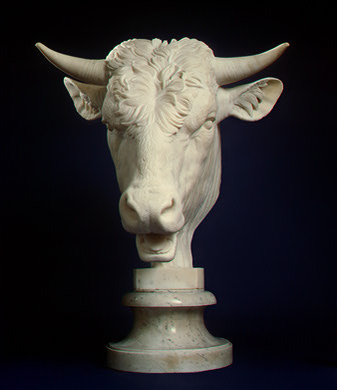 Ooh it all sounds like a terribly troublesome way to show your mettle: running through thin streets in front of a pack of 12 crazed bulls. And yet, every year, people sign up for encierros (from encerrar, to lock up, or pen) or bull runs, in towns and cities across Spain, Portugal and some spots in Mexico and southern France. 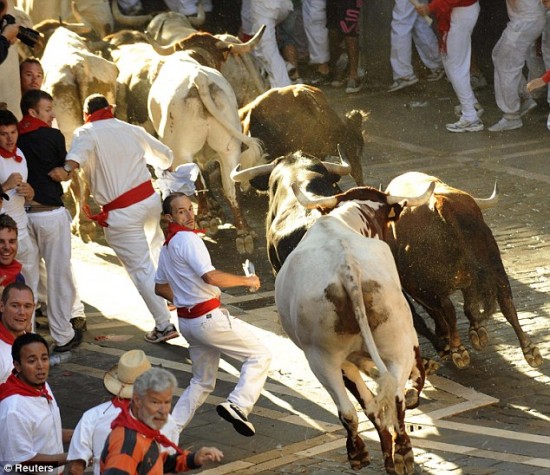 The most famous bull run (you’ll probably have heard) takes place in Pamplona, in honor of San Fermín, with things kicking off on July 7th and the last run happening today. The aim is to keep ahead of six fighting bulls and six steers (young castrated oxen) as they race their way along an 850 meter course from off-site corrals to the bullring in town. The bulls that run on the first day of the festival are killed that night, ready to be basted, roasted and dished up in Pamplona’s restaurants. 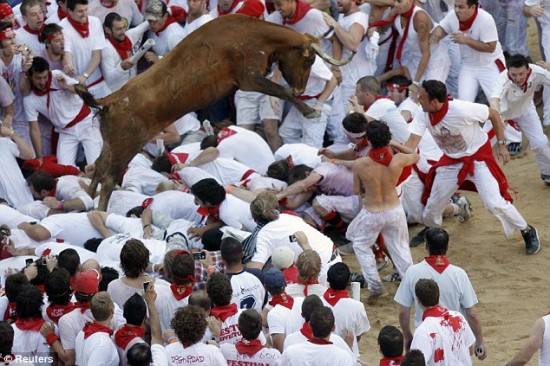 Anyone can get involved in a run (from locals to loco visitors), and thousands of these (mostly male) daredevils line the roads of the route. They’ll have drunk their fill the night prior (San Fermín is as much about festivities as it is about fear), but I can only imagine that the prospect of a stampede of seething animals at 8am offers the the swiftest of hangover cures. Injury appears to be a likelihood if not a certainty, with reams of runners getting hurt in a fall or a skirmish to the side. An unlucky few will feel the spike of a horn or the thud of hooves (last year there was one fatal goring). 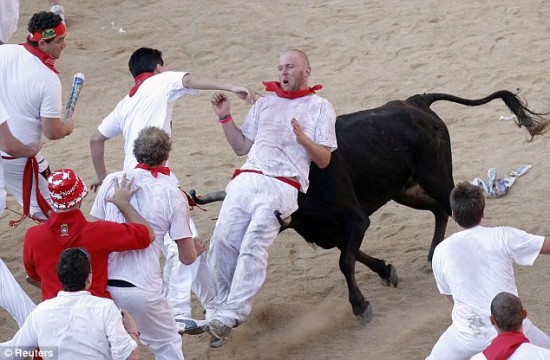 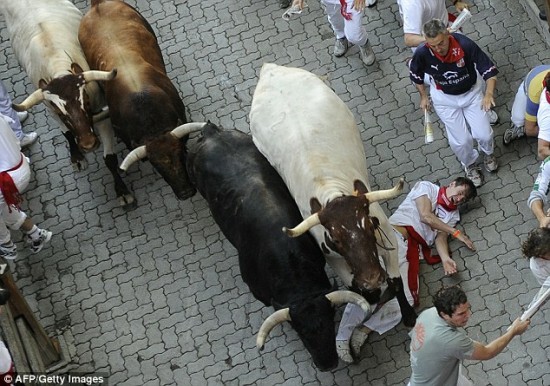 In honor of all this bull chat, we’re taking a look at this Head of a Bull (1824) by Gaetano Monti at the NGA. Monti (c. 1750 – 1824) was an Italian sculptor on whom details are scarce. As far as I can surmise, Monti was a Neoclassical sculptor, working in the style that dominated the late 18th and early 19th centuries. As an Italian, he was well-placed to do so: Neoclassical sculpture was focussed in Rome. 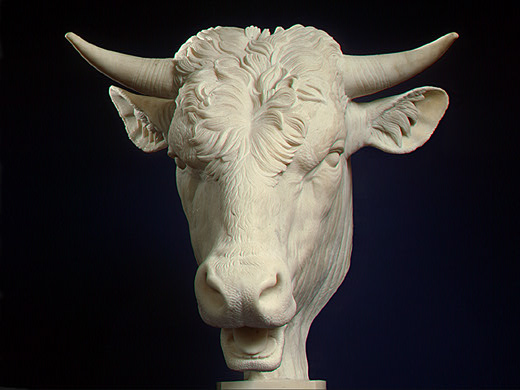 So here Monti is manhandling marble (the preferred medium of Neoclassical artists, since it has all those lovely links with ancient statuary). I’m not sure if Monti managed a set of assistants on this (only adding the ‘last touches’ himself), but in any case someone was responsible for a lot of alluring animalistic observances: this strikes as a straight-up, close up bull head. 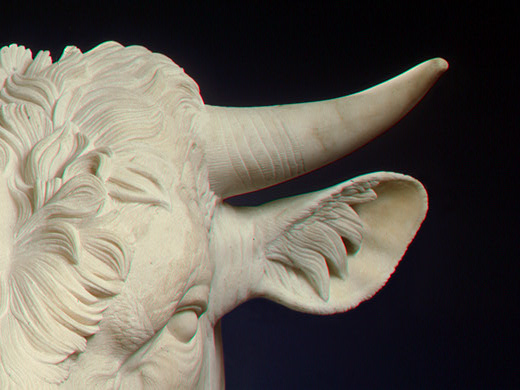 This work doesn’t do the Neoclassical norm of suggesting philosophical content or stressing rational thought, but it does emit the quality of “noble simplicity and calm grandeur” that was so much prized in art of the period. The prefix “neo” comes from the Greek word for “new” so Neoclassicism simply means new classicism: for me, this bull conjures up Greek myth, Roman sacrifice and a certain timelessness. It also makes me rather relieved I’ll never be caught staring this animal in the face for real. Here’s what retired American pilot Peter Rostow from Texas (who ran for about 35 meters this year before taking cover in a doorway) had to say: “I know bulls, but they came about a hundred times faster than I thought they would… I wasn’t prepared for that, and the intensity of the senses was overwhelming, the smell of the bulls, the sound of them running, and the fear.” 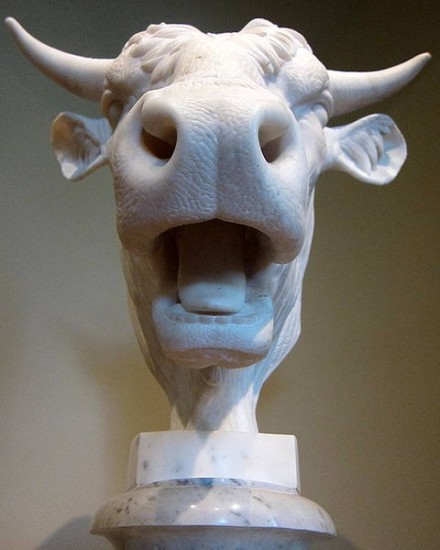