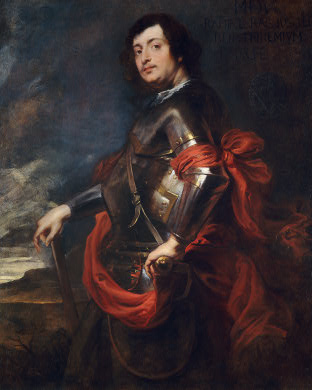 Hooray for a hump (of flesh, that is). There’s been sited on the sartorial horizon a first ripple against the tide of rippling six-packs that have dominated men’s fashion since, well, forever. Flick through the pages of a gentleman’s style rag and the looks are lamely limited: either it’s taut, tanned and totally hairless, or it’s pale, painfully skinny and basically pre-pubescent. Anything else (flesh? flab? forays of hair?) has been seen as so unhip it hurts, which is odd, since the looks above are miles off the more meaty reality for Brit and US men.

In most areas of life, a bit of chub and an extra chin do little to dampen the progress of the more portly fellow, but even for the fatter man, fashion has been the final frontier. Until one cool high-end Dutch magazine (trust the Dutch) called Fantastic Man produced a beautiful shoot sold as “a series of stylistic suggestions for bold summer fashions to be worn by gentlemen of quite marvelous shape.” The mag’s creative director Joop van Bennekom (36 inch waist) said: “when we started the magazine in 2005, men’s fashion was all about Dior Homme and very skinny boys who were 14 and 15 years old. We were men in our 30s and couldn’t relate to that at all. We have been thinking about doing this for a couple of years, and it has taken a long time to find the right men, and get clothes, because they are not sample size.” The result is a confident, corpulent display of mighty chaps in clothes that look mighty good and made-to-measure for their more “marvelous” form. 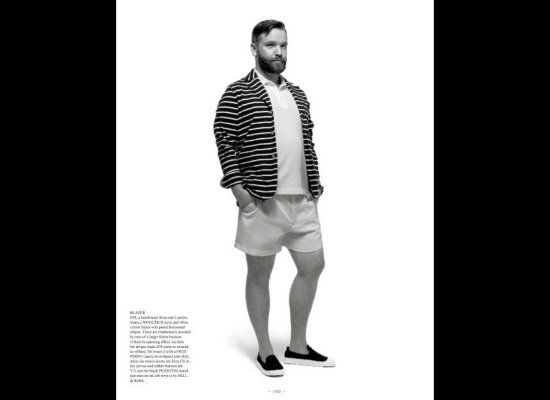 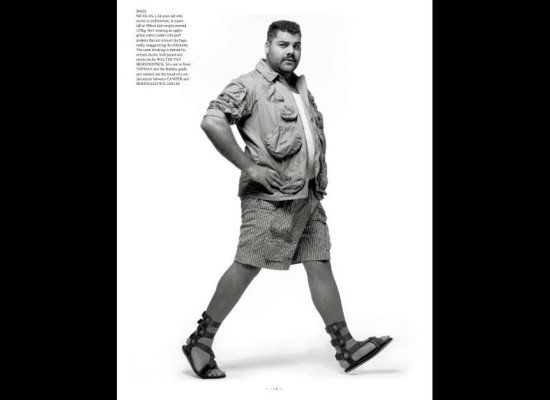 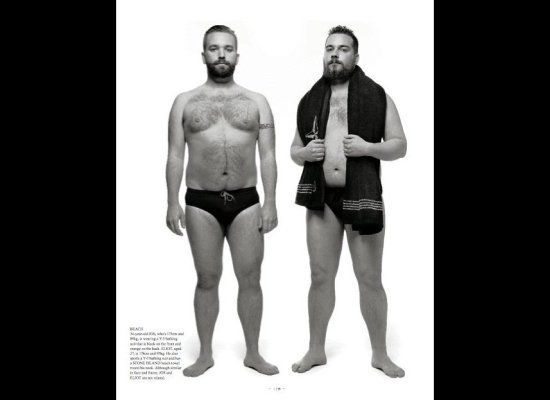 Here’s a good representative for the broader man at the NGA. He’s The Prefect Raffaele Raggi (c.1625) by the mega Flemish artist Anthony van Dyck (1599 – 1641). He’s not new to Art 2010, but his prodigious story bears repeating: an independent master by c. 1615/16, he was Rubens’s chief assistant while still in his teens, after which he went from strength to strength (in Italy, England), ultimately now known as the greatest Flemish artist of the 17th century (after Rubens). 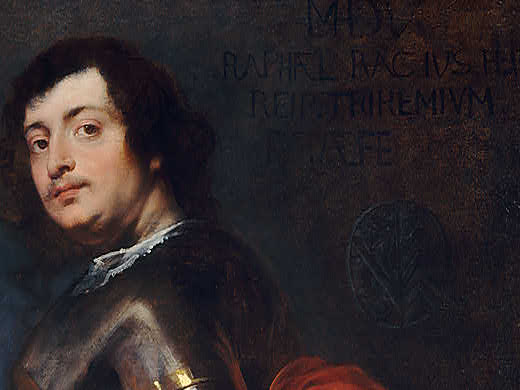 It was this sort of portrait that won the artist a European reputation. This prefect is identified by the crest in the upper right hand side of the picture. The image flutters with elegance: the slender drooping hands are a van Dyck speciality, as is the whipping sash so slickly and rhythmically applied. Texture is another van Dyck delight: just see the different effects he achieves across the sheeny armor, the hair, the stubbled chin. 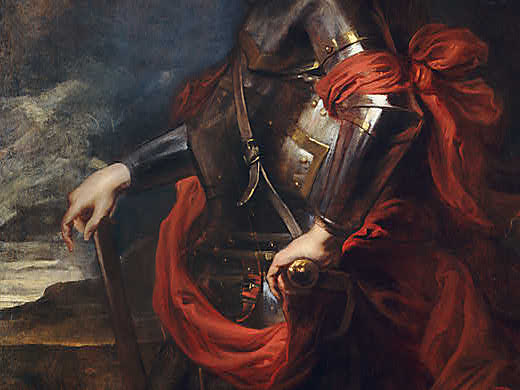 Hard to believe then, that this is a portrait of a dead man: indeed, the artist’s first of a deceased sitter. Around 100 years prior, this man had got the Raggi family admitted to the Genoese nobility, so this portrait is a lineage-emphasizer. But, as far as we can tell, van Dyck used a live model here, to bring that lively face and twitching expression. More to the point, the flesh is ample and all-too palpable: there’s a pad of it under his chin and no doubt it’s protruding beneath the armor on his belly. And yet, with the pose, the look and the air of winning authority, van Dyck’s Raggi makes plain an important point: what a fatter man lacks in lean and lithe, he makes up for in bigger and better. This one’s got gravitas, which you get only by being a bit more, erm, abundant. Like a Winston Churchill, or an Elvis perhaps (before he ate one too many fried peanut butter sandwiches). 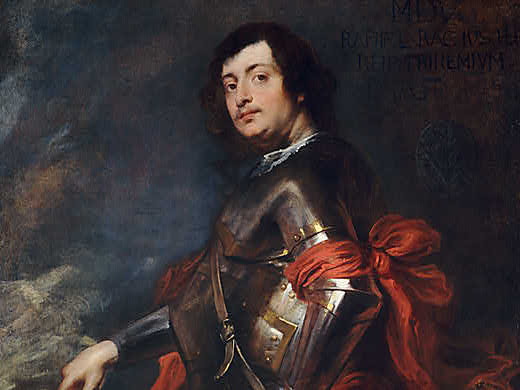